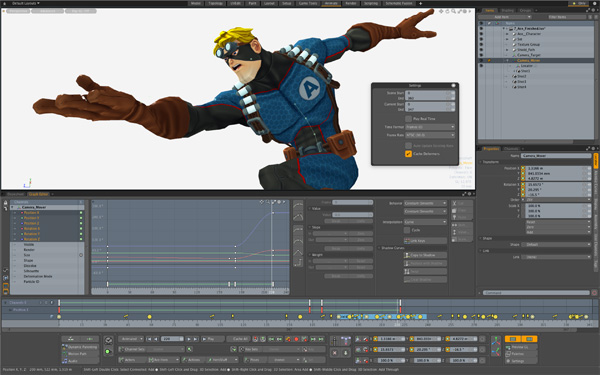 MODO 10.2, final series 10 release, has launched at The Foundry with redesigned MeshFusion tools and updates to procedural modelling, retopology and rendering for 3D asset creation and design.

The changes to the MeshFusion tools aim to make it easier to cut, combine and intersect geometry with cleaner outputs and better visibility in the viewport. MeshFusion will now automatically launch and reorder a model’s underlying tree structure whenever an edit is made. 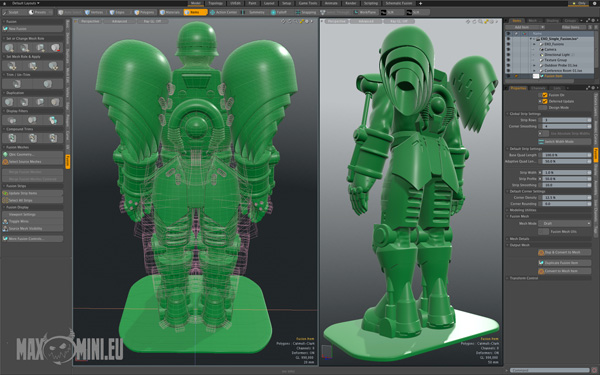 MeshFusion was originally a separate plug-in for MODO, developed to make Boolean operations simpler for artists, and make model production more consistent and accurate. Although guided now by a new schematic-free workflow in 10.2, it was also used to control mesh topology and density and create, edit and analyze simple models in the schematic view. Having MeshFusion in the MODO workflow makes it possible to interactively blend, add and subtract objects to create consistent subdivision surface models quickly. You can place and fuse multiple copies of preset meshes, and use procedurally modelled meshes as inputs.

As well as the MeshFusion updates, creating quad meshes at any density is now automatic, making manual cleaning less necessary. The meshes will follow the curvature of an input surface, and can be controlled by weight maps and sketched guide curves so that an artist can refine assets creatively. 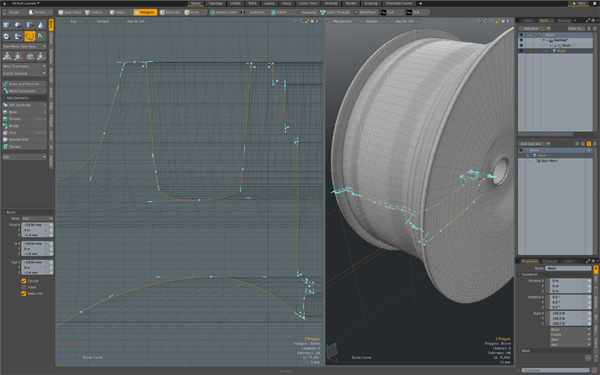 For procedural modelling, users can now package, share and reuse their assembly aliases, turning the complex, associated set of mesh operations into a single item and share them as presets. Slicing, drilling, cloning and duplicating tools have also been added or updated, making more use of production standards in the procedural modelling workflow.

Deformations and mesh operations can now be cached and held in memory. This change means that, instead of overloading the timeline with graphic detail, artists can scrub through the timeline significantly faster when working on complex animations. 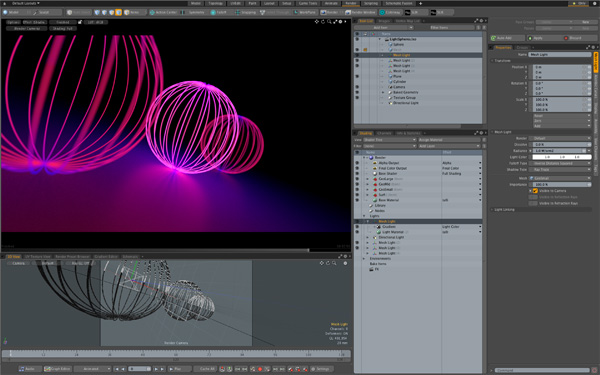 A new lighting workflow and render functionality in MODO allows you to use arbitrary meshes as light sources, making it possible to represent complex shapes such as filament bulbs. The Preview Renderer and Advanced Viewport have been updated for better performance.

MODO 10.2 is the final release in the MODO 10 Series, which added the procedural modelling toolset and has been focussing on games, VR and product design. It is also The Foundry’s first effort at releasing a product in multiple parts so that users receive major updates sooner instead of waiting for one large release.  www.thefoundry.co.uk