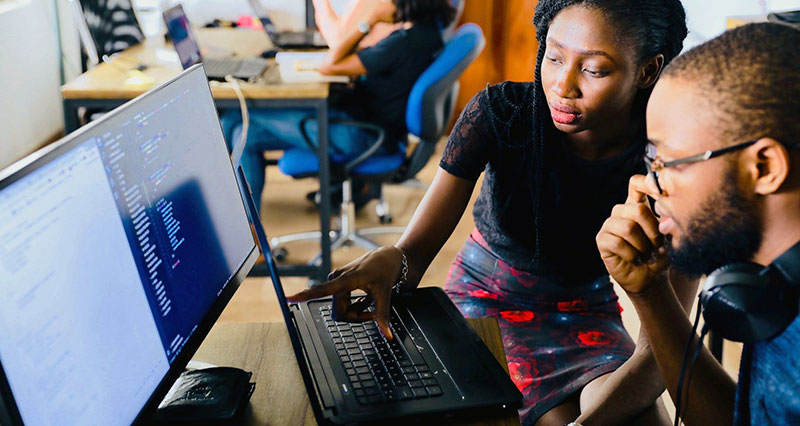 GitHub Copilot is a new tool that gives users – from experienced coders and beginners to hobbyists – access to AI (artificial intelligence) features that make coding more efficient and creative, and feel more natural. It uses a pair programming development technique in which two programmers work together. One writes code while the other reviews each line.

In this case, the reviewer is an AI engine. As the coder types, GitHub Copilot suggests the next line or lines of code, encouraging proactive learning by presenting examples of best coding practice.

GitHub first launched a technical preview of GitHub Copilot in 2021, after which GitHub says over 1.2 million people signed up, and one-third of those people are now frequent users. In files where Copilot is enabled, nearly 40% of the code is being written by GitHub Copilot in the common coding languages such as Python.

GitHub Copilot’s AI engine gathers together the collective knowledge of a wide pool of existing developers into an editor extension that runs on Edge or Chrome. When you type code or comments, GitHub Copilot suggests the next line of code in real time, matching a project’s context and style conventions. 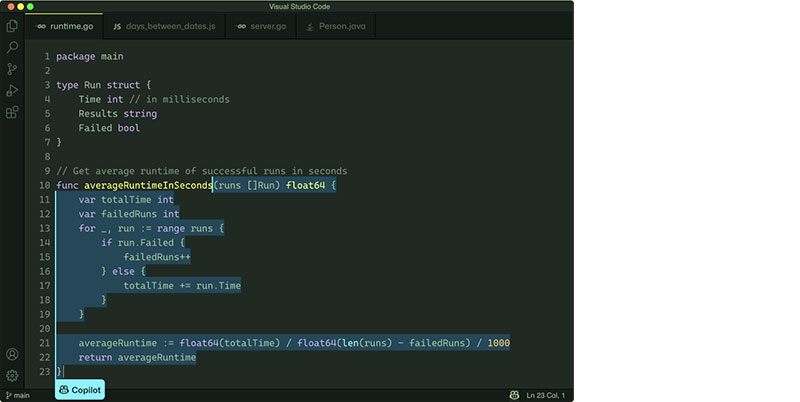 Suggestions are not confined to a single word or line of code. GitHub Copilot can suggest complete methods, boilerplate code, whole unit tests and even complex algorithms, and meanwhile users can cycle through different options to decide what to accept, reject or edit.

GitHub Copilot will integrate with existing editors including Neovim, JetBrains IDEs, Visual Studio,# and Visual Studio Code, as an unobtrusive extension. It gives users an opportunity to code in new languages, or try a new technique, letting GitHub Copilot suggest syntax and code in various languages while the user learns by doing.

GitHub Copilot is available now to individual developers, and GitHub will begin making it available to companies later this year. The cost is $10 USD/month or $100 USD/year. It is also free to use for verified students and to developers who maintain widely-used open source projects. Students wishing to participate in the developer program can apply for the GitHub Student Pack to get started; developers will find more information here.     github.com