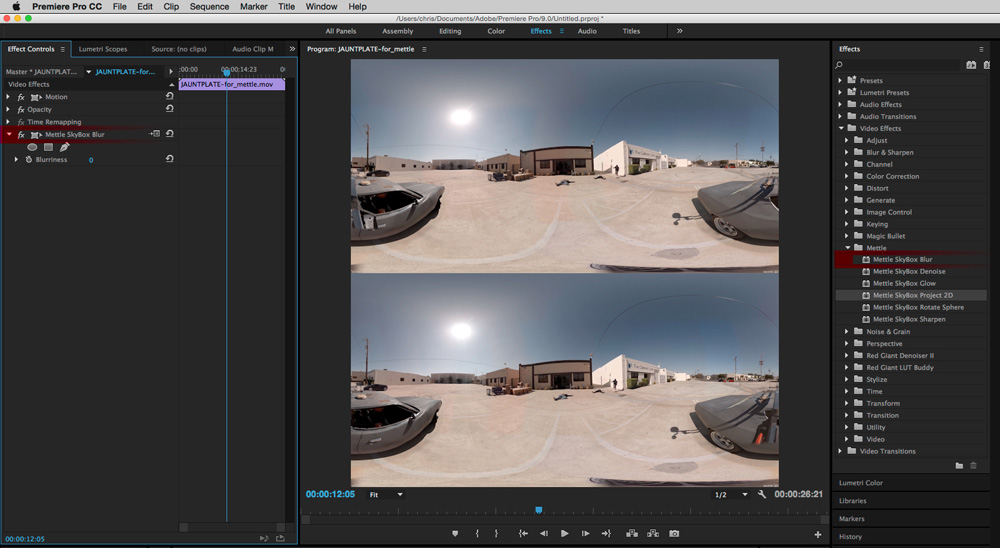 The growth of immersive virtual reality presents challenges for video editors, both with respect to narrative continuity and to ensuring that viewers can shift from one view to another without discomfort. Skybox 360/VR Transitions combined with the expanded VR support coming to Adobe Premiere Pro CC, helps editors cut material together more effectively for stories and the audience.

As an audience experience that is quite different from conventional screen-based media, a viewer looking at 360° video can look around within a spatial environment by tilting or turning his or her head. Consequently, content creators cannot rely on established filmmakers’ traditions when cutting from one shot to the next one.

“Creating seamless transitions for 360 content can be very challenging for the editor,” said Chris Bobotis, the co-founder of Mettle. “Finding the optimum transitions in material is very time-consuming, especially for artists who are new to the medium. Our plug-in supplies a set of ready-made transitions for Adobe Premiere Pro CC editors, to get them past the initial hurdles, plus ideas and direction for storytelling techniques that work for VR.” 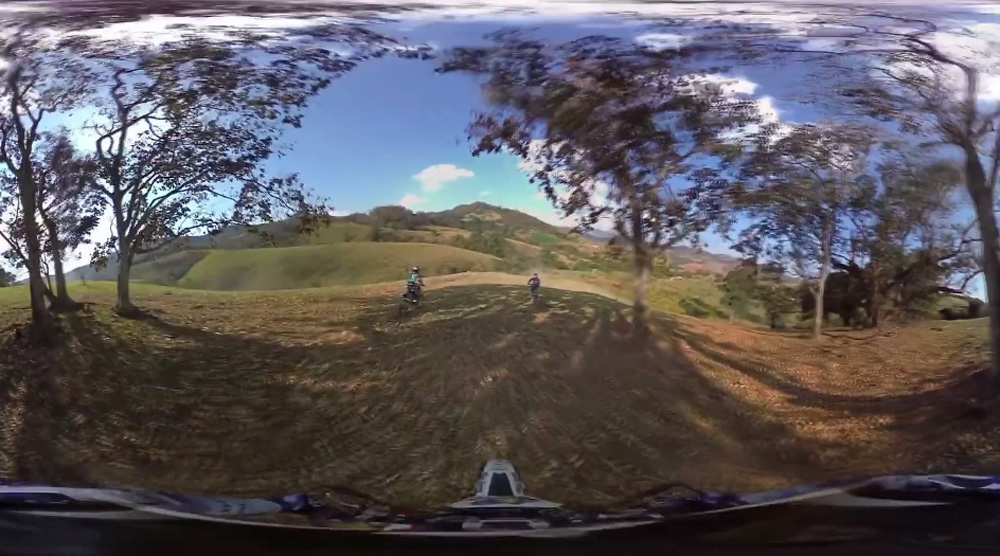 360 Mobius Transitions, one of the software's tools, is an example of how editors can use movement to briefly assume control of the visual experience and pull the viewer out of one space and into a new one. Rather than cutting from shot-to-shot on a flat screen, the transition feels visual, not only physical, which helps the viewer to understand that they are being taken from one place to another, as well as allowing their eyes and brain to absorb the switch over to a new environment.

SkyBox Studio, for example, is a workflow system of two scripts and two plugins that works within After Effect’s 3D space handling different aspects of 360/VR production. It automatically sets up a 360° master composite and a linked 360° output composite to render from. You can create content entirely within After Effects, or import stitched 360° footage to add text, logos and effects to, and perform clean-up or motion-tracking. It is compatible with most After Effects 3D plugins, including Mettle’s own ShapeShifter Ae, FreeForm, FreeForm Pro, Red Giant Trapcode Particular and Form, Element 3D, Plexus and others.   www.mettle.com