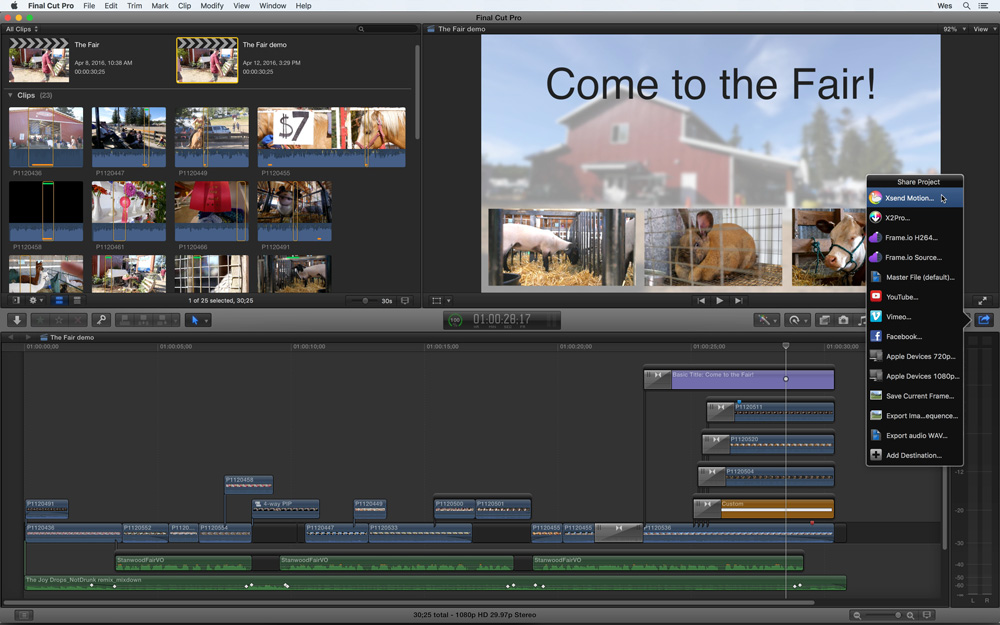 The new timeline translation application, Xsend Motion, from Automatic Duck has now been released, converting an FCPX timeline into a Motion 5 project, and back again, for editors and motion graphics artists who want to add graphics to edited clips.

Automatic Duck are the original creators of timeline translation software linking FCPX projects to other post production and finishing software. The most recent application, Xsend Motion, has now been released after its introduction the FCP Exchange Workshop during NAB 2016 in April, where president and co-founder Wes Plate demonstrated how Xsend Motion rapidly converts the XML from Final Cut Pro X into a Motion 5 project, building a bridge between the two applications.

Though not a full motion graphics application, FCPX editors use Motion when creating titles, transitions or camera moves through 2D and 3D scenes. It is useful for camera, particle and other compositing effects, simple keying, masking or arranging assets.

A new Motion project is created that points to the same media files used by Final Cut Pro without creating new media. All data is live and not baked-in, allowing you to adjust the footage in Motion. 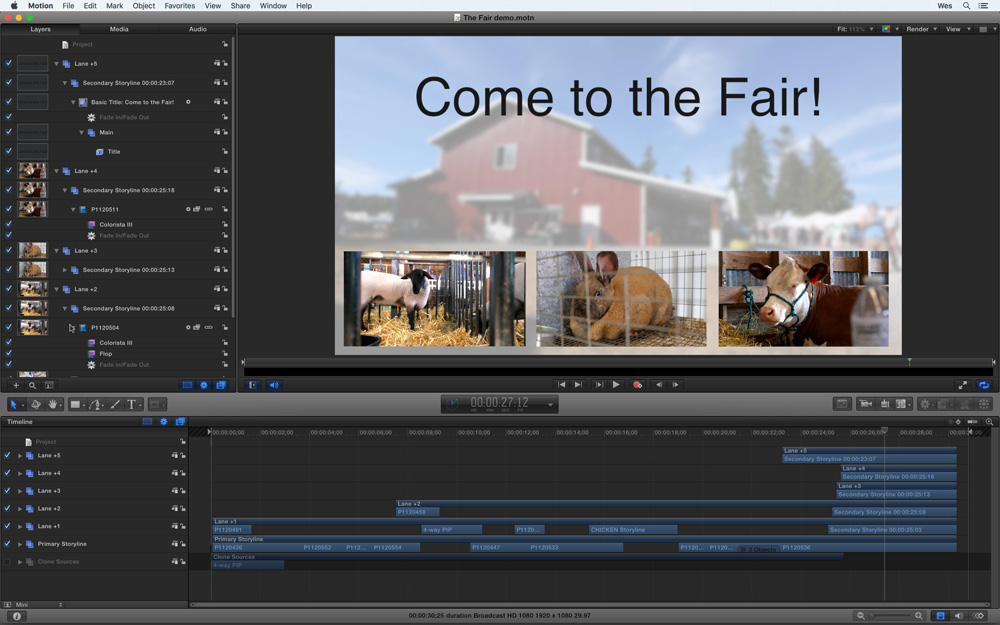 Any FCP X clip or set of clips can be sent directly for use in Motion using Xsend Motion. You can send an entire project from FCP X to Motion, or only export the contents of a compound clip to XML and translate this into Motion. The completed work can be exported back to FCPX as a QuickTime movie or published as a Generator placeholder, background or other graphic element.

Automatic Duck Media Copy is available for $99 USD, and Ximport AE for $199 USD - both are sold and supported through Red Giant.     www.automaticduck.com