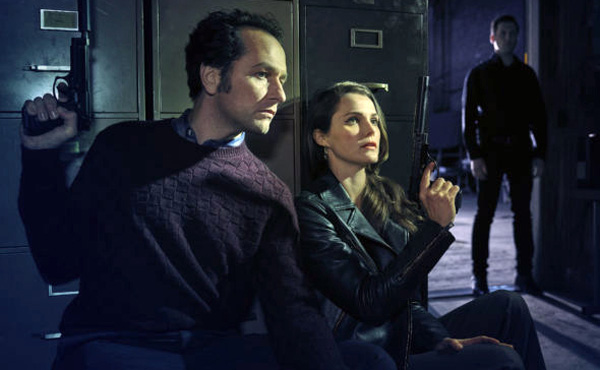 His career started in 2003 at New York's Rhinoceros Editorial in the traffic department, running around the wintry city delivering 3/4 tapes to advertising agencies. He moved into the machine room for a few months, learning to work the decks and patch bays, and then became assistant online editor. “This was right at the time of HD really taking hold, so instead of moving into the offline editorial position, I decided to stay on the post side, where I was introduced to the Avid DS.”

In 2005, he took a job at Technicolor-Postworks to continue as an Avid DS Online Assistant. Although, instead of just assisting, he was “thrown into the fire on the very first day” when he suddenly needed to run his own session.

After a few years, he moved on to become a full online editor using Avid Media Composer with Symphony colour correction. “My first ever colour job was a series called ‘Carrier’ for PBS. The DP Bob Hannah won an Emmy award for Outstanding Cinematography, and was nice enough to give me an Emmy Citation for my help on the series. So, my first taste of colour was a successful one.” 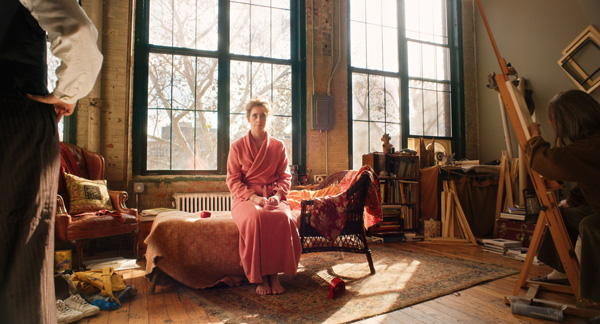 It was his work in Avid that led to learning about Baselight, by way of Baselight Editions for Avid. “When I was introduced to Baselight Editions in 2012, I really didn’t know FilmLight or Baselight yet, so I watched all of the tutorials online and just started playing with it. This opened my eyes to many more possibilities in colour, and also to workflows conforming in Avid and working with the full Baselight system.”

Within a few months he had started to incorporate Baselight Editions into his Avid projects, grading most of the material on Symphony, and then shifting into the plugin when he needed the extra tools and more specific colour correction. “I started to migrate more of my projects entirely over to a full system on Linux, familiarising myself with the different UIs and Blackboard panel even more. From that stage I just made use of whatever was available at the time. If the full systems were booked up, I might start my colour in the plugin, then migrate over to the full system and back and forth.”

Mike finds that flexibility is one of the plugin's most valuable traits, on top of the  complete set of colour tools made directly accessible within the editorial platform. “You go from inside one box, to being able to think outside the box and do everything that your mind and eyes want to do, instead of compromising and settling for what the software allowed you to do.

“A second advantage is the workflow between Avid and the full Baselight system. At Technicolor PostWorks, we were able to create workflows and design them in a way that saved time and money, and made us much more efficient. Tasks we set up included sharing a small AAF instead of a full flattened program, sharing BLG grades and keeping the grade live throughout the whole post process. I could complete the first pass colour on a show within Avid and then hand it off either to myself or to another colourist working on the full system. 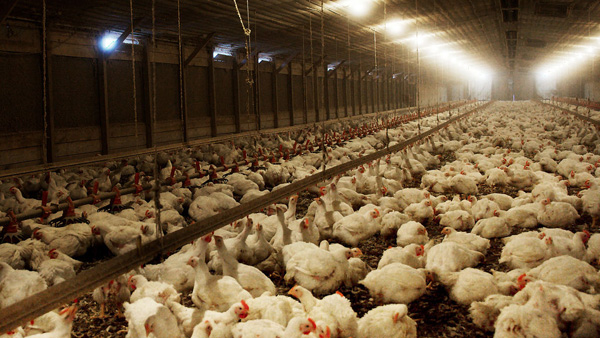 “In general, one of the best things is that Baslight for Avid opens the door to so many options as an operator. I never feel tied down to having to do something a certain way. An example is following colour space journeys – that is, maintaining native colour spaces, which is especially useful when working with different cameras. You can treat each camera or shot in its own way, and no matter what systems you’re on, you are sure that it’ll all look the same. It takes a little extra work, but can be incredibly helpful particularly on multi-format documentaries.”

The effects of efficient workflows also receive favourable responses from clients. For jobs that require moving to the full Baselight system, the ability to send over and receive small AAF files to the colourist, is a considerable timesaver. Also, on last minute editorial changes, whether an edit or a new VFX shot, they can apply the full colour effect via BLG files, even when the colourist or full system are not available. 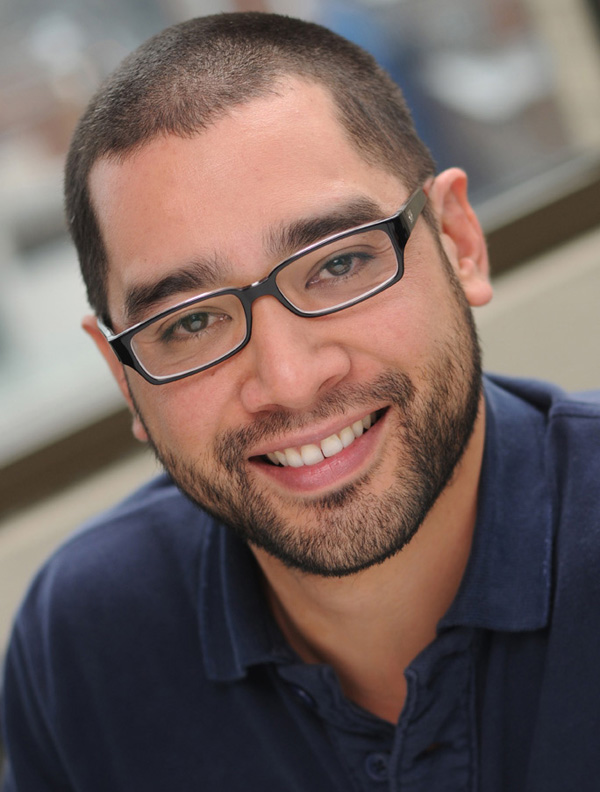 Mike's favourite part is that, even after all of the work and corrections are done and they are watching the final showdown, if the client wants to make a last-minute colour change or further correction, he can go into the colour stack and fix it right away. Instead of needing two systems, two operators and extra time, all of the elements are there at his fingertips.

Alternatively, when a job has a complex Avid timeline, such as multiple layers, many Avid effects, multiple screens, then being able to access the Baselight colour toolset right within Avid is impressive. “I will just stay in Avid and colour within the plugin, or use it in combination with the Symphony toolset,” he said. “The plugin acts just like every other Avid effect, which is nice because you can use it directly on clips or as a filler layer. So, depending on the complexity of the timeline itself, you can select the right workflow.”

Between Editorial and Finishing 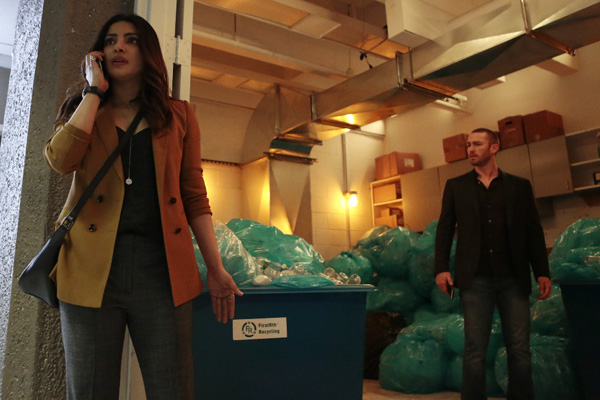 As both an editor and a colourist, Mike finds the boundary between editing end and finishing hard to define. Nevertheless, he tries very hard not to mix up the two jobs in order to have all of his attention on the task at hand. “That means spending as much time as I need to clean up shots and getting editorial as close to 100% as I can before even turning my focus onto the colour. This way, when I am colouring I don’t have to wonder if I remembered to fix a stutter, resize something or paint out a boom.

“But that’s a mixed blessing. When you tell clients that they still have an opportunity to edit even though we are colouring, it can open a can of worms. But I like doing both sides, so it’s exactly what I want. One of my primary philosophies is to never tell the client ‘no, or ‘I can’t’. I think - and hope - that’s one of the things that they like.”

Mike's approach to colour and his grading style always depend on the project. Promos and commercials are different from TV, TV is different from documentaries, all are different from film and so on. But he feels he approaches colour in a fairly typical manner - “expose the shot so you can see everything you have to work with, add some colour and contrast, then just dive into shaping and stylizing it,” he said.

“I do like to separate different factors into certain layers. I will never mix my initial exposure layer with anything else, and the same goes for my initial colour layer. Even as I move down or up the stack, I try to keep the tasks neat. I guess that probably comes from the finishing editor in me. Sure, you can handle many operators in one layer, but that would get messy. I like to know where everything is and be able to jump back to it immediately if I need to. 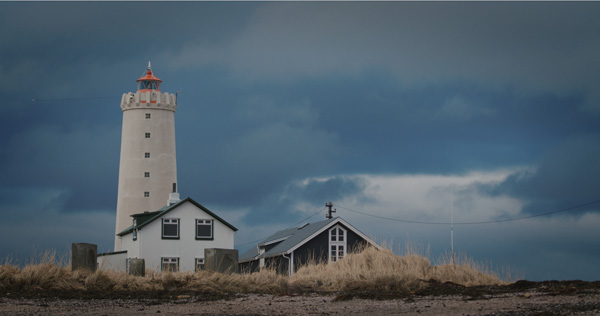 “The fact that Baselight works in layers suits me and I can really take advantage of its unlimited layers. For me, that design is familiar and it was fairly easy for me to understand its process, which was probably why I was so drawn to it so quickly.”

Mike's recent work includes a Netflix documentary series on food called ‘Rotten’ - a mixture of set-up interviews, lots of camera verite work and some attractive b-roll material. Each episode is on a different food subject and not only has a different feel but also very different locations that drive the look and feel of the individual episodes.

He said, “One thing I tried to keep consistent was the interview shots. Not so much the overall look, as I didn’t want to fight the different set-ups, but I wanted to make the actual faces very clear. So, I would spend some time shaping out the face and playing with the sharpness and digging out the eyes. Being able to create and save my own custom shapes and custom feathering was very time efficient - instead of always starting off with a circle and having to reshape it every time. When you’re in the zone and moving along, having so much customisation at your fingertips is invaluable.”

Last year he had the chance to fill in for one of the senior colourists at Postworks, Anthony Raffaele, while he was on honeymoon. At that time, three episodic shows were in the studio at the same time - ‘Younger’, ‘Odd Mom Out’ and ‘Difficult People’. Normally he would conform the shows and hand off to Anthony to handle colour, but for a few weeks he was conforming one show, overseeing the conform on another, and colouring a third - all at the same time. It was a hectic few weeks. 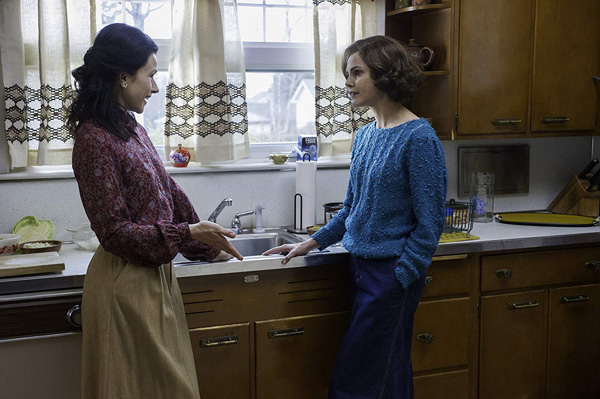 “On some days I would be on both the Avid and Baselight simultaneously and moving projects back and forth multiple times a day. But I didn’t have to finish colour in one system or the other - the colour was always live,” he commented. “These shows literally could not have happened without the combination of Avid and Baselight. Being able to move across platforms within seconds was impressive and the client was very pleased.”

In the Oscar-nominated short documentary film ‘Edith + Eddie’ is a scene in which one of the main characters is in hospital, on his deathbed. The director Laura Checkoway insisted that a red blanket that had been placed across Eddie had to stand out and be a part of the scene.

“It was slightly off-red, sort of orange-ish and since this was not a set-up shot, of course not every angle was shot in exactly the same way,” said Mike. “Using a combination of the D-Key, shapes and the Hue Angle keyers, I was able to separate the blanket and make sure I could get a perfect match and not touch anything else in the cold, blue hospital room. I love the keyers in Baselight - they make us operators look like super stars.”   www.filmlight.ltd.uk