Psyop Pushes ‘Clash of Clans’ into Virtual Reality with Qube!

Psyop Pushes ‘Clash of Clans’ into Virtual Reality with Qube! 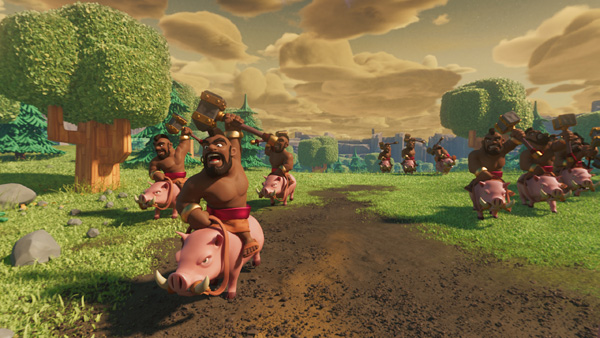 Psyop's spots for ‘Clash of Clans’, Supercell's massively multiplayer mobile strategy game, have been viewed many millions of times on YouTube. The studio is now taking ‘Clash of Clans’ into virtual reality through a string of 360° ads and VR experiences.

Though also recognised for their creative web series and beautiful game cinematics, Psyop visual effects, animation and post production studio is probably known best for commercials projects for Coca-Cola, Microsoft, Toyota and Estée Lauder. The team’s chunky, appealing CG animations for ‘Clash of Clans’ have now become the focus of Supercell's promotions, and have helped to transform the game into one of the most successful titles in the mobile game market. Revenge, created for Super Bowl 2015, and Hog Rider 360°, the more recent 360-degree commercial, are both among the most-watched web advertising campaigns.

“One of our big challenges lately has been rendering 360° and VR content,” said Andy Jones, Psyop's Head of VFX. “Typical VR projects are high-resolution, stereoscopic, and have a high frame rate. On top of that, the number of assets that need to be loaded into a scene is often much larger than for a typical shot, since the viewer needs to be able to see in all directions at once.” 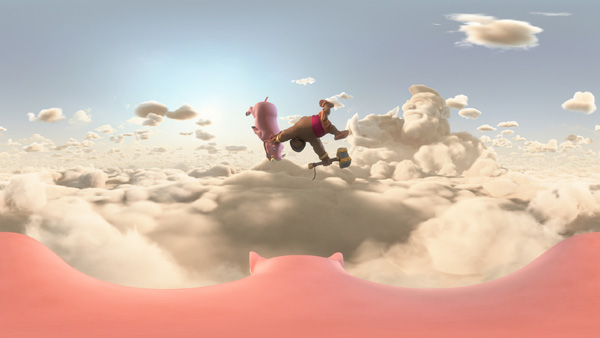 Not only does that mean processing three times more data per frame than for a conventional animation but rendering eight – or even 16 – times as many pixels. Such intensive VR experiences – which are usually produced in parallel with other animated and live-action projects – place a heavy load on Psyop's render farm, which scales up to 500 nodes when operating at full capacity. Therefore the studio’s pipline crew are using Pipeline FX Qube! render management software to help them use the farm’s resources more efficiently, equitably and in a manner that prioritises work as required at any given time.

“What drew us to Qube! was its open architecture,” said Alon Gibli, Head of Pipeline at Psyop. “Its Python API gives us very wide flexibility when it comes to integrating software with the render farm.” Flexibility is critical because Psyop uses a lot of different software, including Maya and Houdini for 3D animation, NUKE for compositing, Shotgun for production tracking, and RV for media playback. For each of these, the studio has created its own custom submitters, and even entire proprietary tools.

“We have developed tools that rely on Qube! to perform a variety of pipeline tasks, for example, transcoding and uploading media to Shotgun. Using the configuration options in the application, the artists can open their rendered images in a pipeline-aware RV session directly from Qube!'s WranglerView. 'Pipeline-aware’ refers to the fact that we use Shotgun Toolkit in RV, a set of pipeline tools that can be customized depending on the current project or shot context. One of the tools, for example, allows us to submit the currently loaded media through our transcoding pipeline for review. 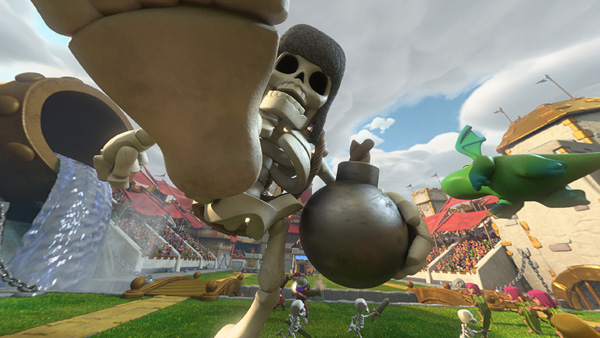 “Also, we have a mechanism for configuring application versions and add-ons on a per-project basis – including RV. This relies on the use of a custom API and command line tools for launching applications. The fact that Qube can be configured to launch image viewers, and doesn't make hardcoded assumptions about standard install paths, has been helpful in making sure that our mechanisms can be used.”

Psyop relies heavily on in-application batch rendering rather than generating standalone archives. The ability to use scripted logic from inside the application gives a lot of control over how data moves through the pipeline, and helps us avoid file server bottlenecks They have found that Qube! is one of the few render managers that can properly manage such a workflow.

Alon said, “In the case of rendering in Arnold from Maya, we do not use Maya just to export .ass archives and render those with a standalone renderer. Instead we render images directly from a Maya python – that is, mayapy – process on the farm. One reason for using this approach is that we don’t need to write the render archives to shared storage as large amounts of additional data which can take a large toll on our infrastructure, even if it is deleted afterwards. It is also simpler and places fewer jobs on the queue for artists to keep track of. 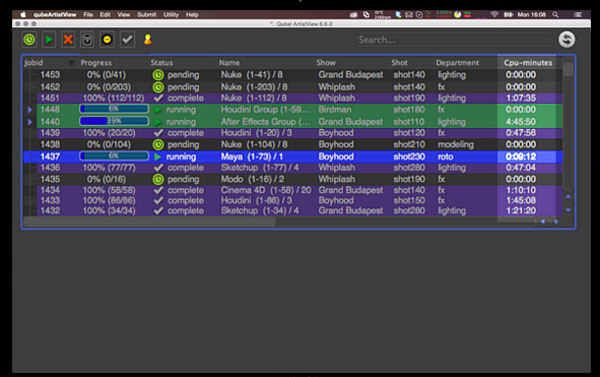 “In contrast, the reason we would export render archives for a standalone renderer has mostly to do with licensing. If both the host application and renderer require different licenses, and one is more constrained than the other, then combining them in the same farm job creates a bottleneck. This is the case with Houdini and Mantra, in which case we do export render archives as .ifd files in a separate Qube! job.”

For jobs that are running on the farm, artists usually don’t need to be aware of the extent to which Alon’s team has customized their rendering with the API. This work can happen behind the scenes. They have designed submission UIs depending on the application, but once a job is submitted, artists and TDs are left with the familiar ArtistView (above)and WranglerView (below) GUIs built into the Qube! software. 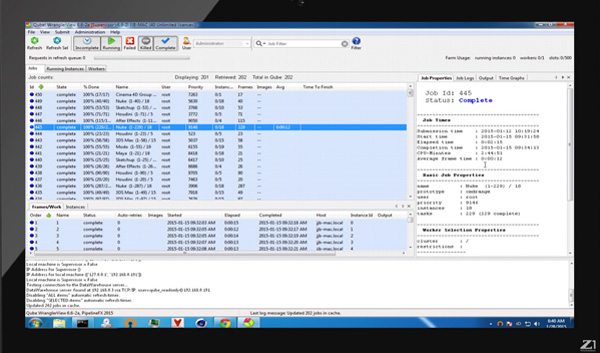 ArtistView includes only what an end user needs to manage their own render jobs such as a breakdown of current and planned jobs, estimated completion times, a log history and rendered frames previews. WranglerView allows wranglers and system administrators to monitor and manage servers and other network equipment on the render pipeline in a comprehensive view.

Alon said, “One case where we do think it is important for artists to understand our unique process is to dissuade them from submitting jobs using ‘chunks’, where each item comprises multiple frames. While chunks can be used to minimize the cost of application startup and scene opening for a traditional command line render, in our system it is not usually desirable.”

As well as avoiding production-derailing technical problems for artists to deal with, Qube! helps Psyop limit support staff. The ability to customize job priority through the API, rather than managing it manually, means that projects rarely need a render wrangler. 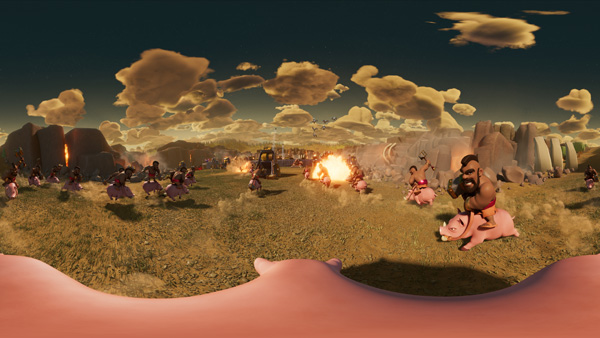 Another important aspect of Qube! is the way it enables Psyop to work on the fly. The software's choice of built-in job types means that the studio can use additional tools when a project calls for it – one recent job called for the studio to work with a team of Cinema 4D users – while PipelineFX's new metered licensing system lets it expand its render farm on a moment’s notice. Metered licensing, included as standard functionality in Qube!, means users can rent extra software licenses on demand. Clients are only charged for the time the extra machines are actually in use.

“As a commercials-oriented studio, our rendering demands tend to be very irregular,” said Andy. “Before metered licensing, whenever we started to fall behind on renders, we would have to consider whether we would be able to take advantage of a full month of license rentals. In some cases, that would mean making guesses about future projects. Metered, on demand licensing fits much better with how our business actually works.” www.pipelinefx.com