As the entry period for the 2018 AEAF Awards now comes to a close, the entered projects are looking terrific. We are focussing here on some of the work entered in the Commercials Animation category, as always one of the biggest. Each one tells the client's story in a different way – 3D character animation, stop-motion, motion graphics and more – always driven by a team of talented animators.

Follow the links to watch these projects on the AEAF website, where you can see more entries in this and all of the Awards categories. Better still come to the AEAF Awards Night on 30 August in Sydney, where you can see the full Finalists Showreel, meet all the artists and congratulate the winning teams. Find all details and book your tickets here.

Framestore Captures the 'King of the City Jungle'

Framestore's 3D artists created a surprisingly believable hybrid lion-businessman for Mercedes-Benz in a commercial that premiered at the Frankfurt Motor Show last year, 'King of the City Jungle'. The project started at the zoo with a real-life reference lion where Framestore’s Capture Lab captured a 360° photo scan of his head and body, essential to achieve a credible, photoreal creature. On a further trip to Germany, the team also shot the images they would need of the Mercedes-Benz S-Class' new features, kept tightly under wraps throughout production. 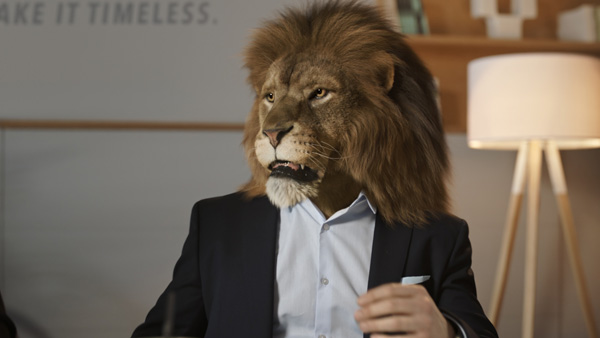 After the spot's main shoot took place in Spain in May 2017, the team received an edit and started a three and a half month post-production schedule, building, animating, rendering and compositing the lion head into the images. They used the Houdini 16 fur system, new at that time, and the Mantra render engine to build the CG lion. In particular, the VFX artists relied on tracking information recorded by the lion-shaped head mask the actor wore on set, designed and built in collaboration with Asylum SFX.

The animation team's greatest challenge lay in convincingly adding a realistic lion head to a human body. Having analysed in detail how a lion’s facial features move, Framestore’s artists animated and replicated the creature’s head as it would normally look, layering in just enough of the actor’s performance to create a believable blend. Animation supervisor Ross Burgess said, “The actor’s performance included subtle humour and a cool edge that we didn’t want to lose. It was important to save those expressions and emotions, without losing the feel of a real lion at the same time.’

To express the dream-like state the lion enters, revealing his reaction to the car’s intuitive new environment and comfort controls, was creatively demanding and tested Framestore’s asset with a combination of human actions and macro close-ups. Photographic elements shot on set - lens flares, water spray, fibre optics - were carefully manipulated and intercut with the lion’s facial performance for a balanced final edit.

At Alt.vfx the 'Lost Panda' story produced for Tile tracking device company was inspired by a customer, a young girl called Lucy who lost her toy in a busy city, only to be reunited later with the help of the Tile community. Telling the story from the perspective of Ernie, her panda, experiencing what Lucy imagined him going through in finding his way back to her. In her imagination, Ernie gets more and more lost while looking for her, finally helped home by the 'good neighbours' he meets, a metaphor for the Tile community. Of course, in reality, Ernie stayed in the exact spot where Lucy dropped him, found by her loving father who had put a Tile in Ernie's pocket.

The film was shot on various locations across Europe, combining practical and digital elements to create the touching story. Working with a practical stuffed panda for in-camera reference, Alt.vfx closely studied his movements so that the CG panda inherited all the necessary physical characteristics. Using CG, the critical emotional cues and movements were added that brought Ernie the panda to life.

A sophisticated fur groom, emotive eyes and subtle animation were all key to the heart-warming pay-off for the character and story. These details also had to be blended and grounded within the live action plates to make it all believable. As well as our hero, all locations were enhanced with detailed digital matte paintings to give the landscapes a spectacular feel for Ernie's epic journey home.

In the campaign for the 2018 Tasmanian Election, Jumbla's PSA helped Bad Bets Australia promote their slogan 'The Pokies Parasite is Sucking Tassie Dry - Use Your Vote to Squash It', which the Jumbla team visualised by designing a living, breathing ‘pokies parasite’ that haunts Tasmanian neighbourhoods at night.

“The team created a story where light represented money - the parasite’s prey,” Jumbla producer Natalie Studdert said. “The pokies parasite literally sucks the light out of the low socio-economic areas of Tasmania.” This called for a dark and desolate environment, affording an ominous tone while emphasising the importance of light. A scene in which the bug sucks life and light out of the ‘Pristine Tassie’ poster was a direct reference to the campaign's message. 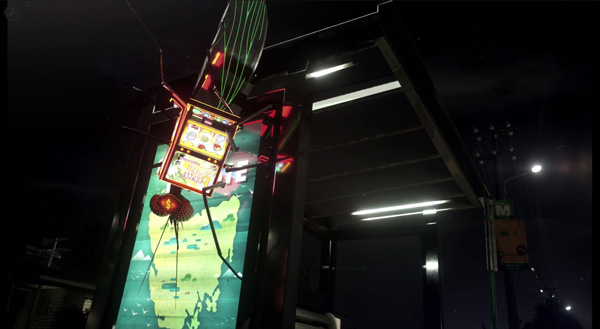 The ad takes on a classic thriller look and storyline, revealing the parasite slowly to add to the suspense. For the style, B movies, retro thrillers, 80s horror films and even Hollywood blockbusters like Terminator 2 and Superman were among the influences. For authenticity, nearly every aspect of the location, from houses to bus stops, was based on suburban Tasmania. “Along with references supplied by the client, we also used Google Maps to get a feel for the area,” said creative director Oz Smith. “We ended up modelling most of it ourselves.”

The decision to adopt a dimly lit aesthetic paid off. The dark scenes were more forgiving and allowed them to mask sections of the scenes and pull focus on the elements that needed more detail. “With a time frame of less than two weeks from concept to delivery, it was all hands on deck,” Natalie said. “The team had to create one shot per day, which was a massive effort. We had two people working on the scenery, texturing and lighting, while another person developed the parasite, which needed to look like a mosquito/poker machine hybrid.

“To keep the project moving, we sent WIPs to the client most days, which started with a basic animatic before moving onto style treatments and sketches of the parasite,” Natalie said. “The team at MONA, our client,  gave us a lot of creative freedom, which meant we could focus on the design and less on countless rounds of feedback.” 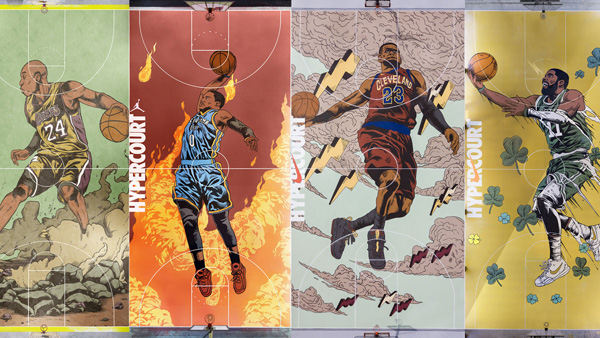 There are five hyper courts so far, spread across five Barangays, or districts, of Manila. Each court is an inspiring visual spectacle, featuring a huge portrait of a well-known player by Dallas artist, Arturo Torres, known for comic-book style drawings of rappers and NBA stars. The five paintings at the locations are of basketball celebrities LeBron James, Kevin Durant, Kyrie Irving, Kobe Bryant and Russell Westbrook. 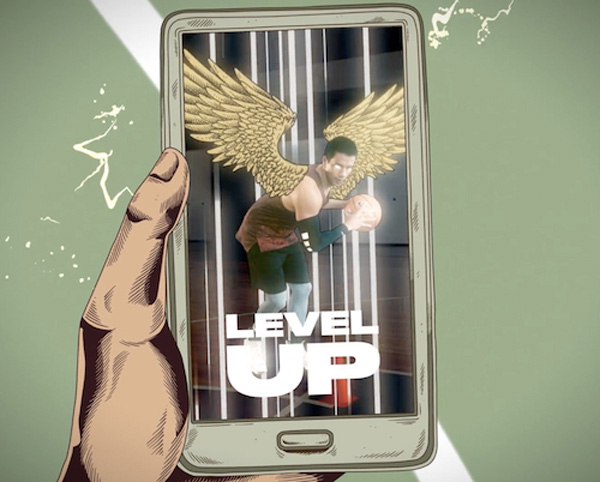 Then, from inside the project's Hyper Court digital platform, each venue also becomes a source of practical help for players visiting the courts. The artworks come to life on screen, opening access to Nike content and 75 unique training drills created by the famous basketball players themselves. To help create and edit the hours of original content needed for Nike Hyper Court's training drills, BBH Singapore called on Heckler to bridge the digital and physical realms. They have recreated Torres' illustrations with motion, and both cut and composited together the animations with live action footage from training videos.

Sixty40 and Lego Build It Together

Sixty40 believes it would be hard to find a family home today that doesn't contain some form of LEGO - the toys feature heavily in the half-remembered, and rather weird, playtime stories concocted by our childhood selves. This spot, 'Lego: Build It Together', for Lego's Christmas Campaign makes the most of stop motion animation to bring this nostalgic and funny concept to life. 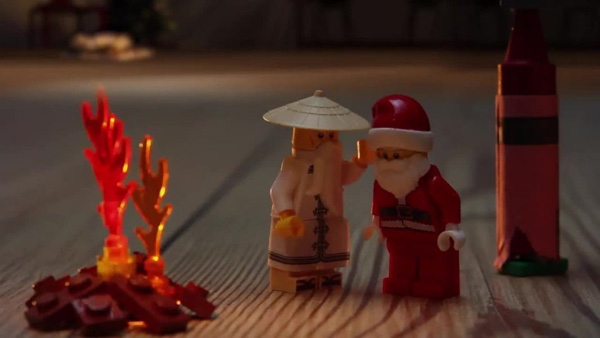 All-up, the team had almost three minutes of stop-motion content to create over nine very long shoot days. Throughout, the project kept three separate animation tables running concurrently to animate 13 different characters and 12,000 Lego pieces, all under the direction of director Kyra Bartley.

The Westfield Newmarket project is exciting because it represents a new direction for the team at New Holland Creative. When shopping centre developers Scentre Group, who were looking for an architectural film for their latest flagship Westfield development in Auckland contacted them, New Holland jumped at the chance, recognising a perfect way to challenge their creative abilities and push their business forward. 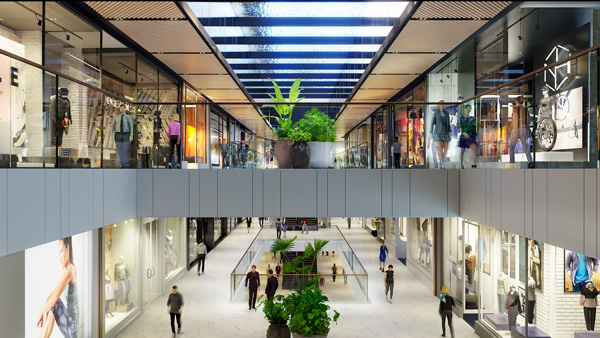 As their team had never tackled work of this nature before, New Holland Creative might initially seem a strange choice for such a high-calibre client. “However the creative team at Scentre Group, led by Nicholas Thiolouse, were just as critical of their own standards as we were of ours,” said creative director Brendan Savage. “They also sought a collaborator who could push them and challenge their way of approaching these projects, and in our collective pool of experience they saw such a collaborator. We dream about such clients.”

Over the course of this extensive project the New Holland team became expert at creating beautiful and highly realistic architectural renderings, utilising their experience in feature film VFX to balance the lighting, frame the camera and evoke a mood, telling the story behind this sleek new Scentre Group development. www.aeaf.tv