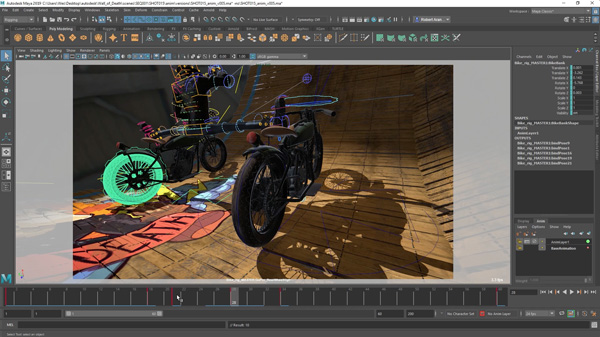 Autodesk Maya 2019 increases speed and interactivity for artists, and has a working environment that is more pleasing and responsive. In particular, animation playback in the viewport is faster and reduces the need to compile playblasts to monitor work during production. The quality of 3D previews has improved as well due to Autodesk Arnold updates in viewport 2.0, and pipeline integration has been updated.

Animation playblasts, which take time to prepare and output, have typically been necessary for playback at a target frame rate. The cached approach used in the new version of Maya speeds up playback in viewport 2.0 instead, by continuously evaluating a scene, calculating changes as you animate and caching the scene to memory. Animators can watch progress shown as a blue indicator bar along the timeline. Whenever changes are made, Maya re-caches only the affected frames. When you are ready to play, Maya can play the scene back at a higher frame rate because the data has already been cached. 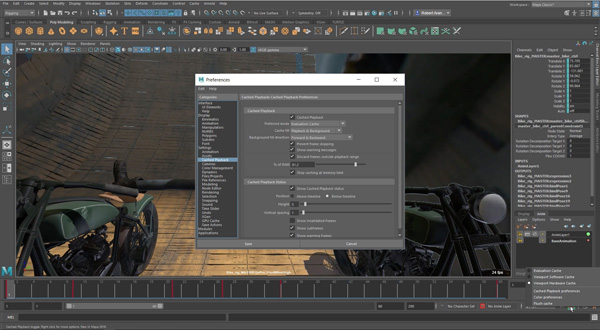 New filters within the graph editor make it easier to work with motion capture data. These include the key reducer, which is a keyframe reduction filter that removes redundant keys with the same value to help refine animation curves. The new Butterworth filter is a type of digital signal processing filter that is often used in motion analysis and designed to have as flat a frequency response as possible and zero roll off response. Sample rigged and animated characters, plus motion capture samples, are added for student animators.

The Autodesk Arnold renderer has upgrades that improve real-time previews in the viewport compared to the previous version of Maya, allowing artists to preview higher quality results that are closer to what the final render will be. The Arnold standard surface shader has been refined, and area lights now show reflections in real time. The updates mean artists have a working environment that is more creatively engaging and saves time by reducing the number of preview renders needed to assess the final looks. 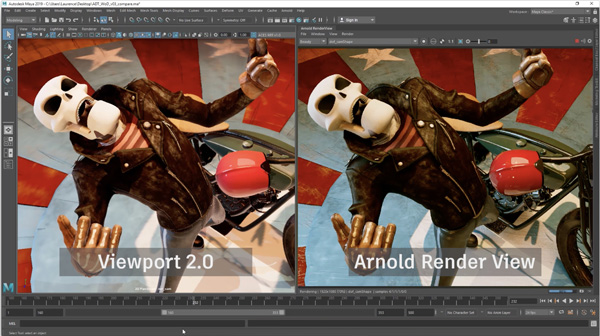 As well as cached playback, speed improvements have been made to the ordinary tasks that artists perform most often. Scenes load faster, with metadata, and material and texture load times are shorter. Selection and snapping are also faster.

Overall updates to the development environment are intended to make it easier for pipeline and tool developers to create, customise and integrate their work into production pipelines. Updates for riggers and character TDs include the ability to hide sets from the outliner so that scenes are more efficient – the outliner shows a hierarchical list of all objects in the scene in outline form, including those without geometry that normally don't show in the view panels. 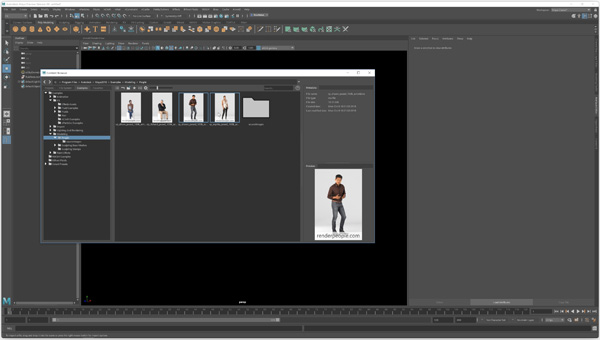 Sample rigged and animated characters are added for student animators.

Improvements are made to the accuracy and accessibility of the bake deformer tool, which allows baking down the effects of a deformer into skinning, and there are new ways to save deformer weights when scripting rigs.

Maya 2019 is already available as a standalone subscription or with the other software within the Autodesk Media & Entertainment Collection.   www.autodesk.com