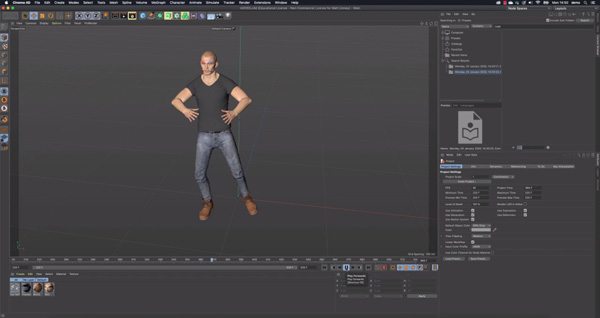 Moves by Maxon is a new app based on Cineversity‘s facial capture app, CV-AR, and takes advantage of Apple's AR-Toolkit. Moves can be used to capture facial motion and whole body movement and bring motion sequences into Cinema 4D by importing motion data as keyframes.

It is only compatible with devices that use the Apple TrueDepth Camera system and, like CV-AR, relies on the QR code in Cinema 4D’s Move window to download captures and allow you to use the rig’s motion capture data as reference, or to map your own character to it. The body capture side is reasoanably good for representing the movements actors make, even without dedicated software, which most mocap systems need. The system is new and will continuously evolve over time. Ultimately it is likely to become a useful tool for previs or to give animators a head start as reference.

The facial capturing app Cineversity CV-AR is still available as a separate product on the Apple App Store. However, designers who want full body motion capture, as well as facial motion, are now able to use Moves by Maxon. Moves by Maxon is immediately available from the Apple App Store and is compatible with iPhone XR, iPhone XS, iPhone XS Plus, iPhone 11, iPhone 11 Pro, iPad Pro (3rd Generation).

A separate plugin is required to transfer the captured data from an Apple device to Cinema 4D and can be downloaded for free from the Cineversity website. This plugin is only compatible with the latest version of Cinema 4D Release 21, or later. 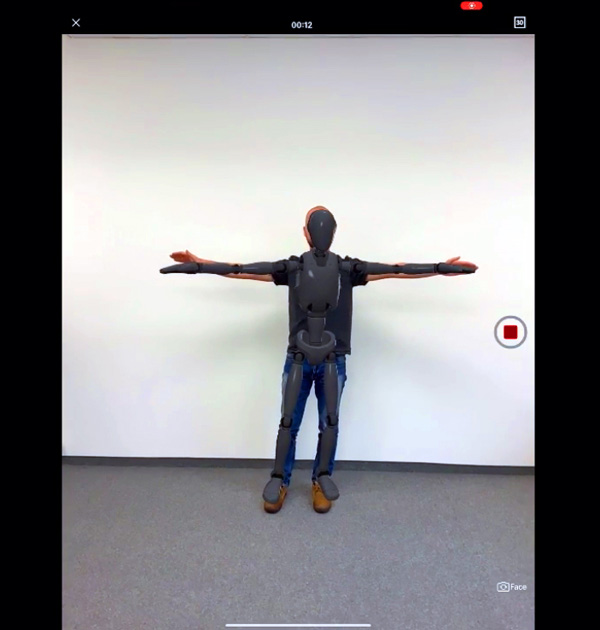 MAXON developed the original app CV-AR to give Cinema 4D users a way to utilise the new facial tracking features of the iPhoneX. Artists can scan their facial performances directly into 3D projects, creating new, interesting motion graphics options for clients, and even control characters to bring their animations to life.

The goal was to make the capture and transfer of the facial animation as simple as possible. An intuitive workflow was key to its adoption by artists. They also wanted to plan for future developments to utilise the AR capabilities of the iOS devices and to integrate the new workflows into the same App design and framework.
Interestingly, one of the developers’ main challenges was connecting the iPhone app to Cinema 4D. After a lot of trial and error involving USB cables and IP addresses, they realised that connecting the app with QR code and transferring the videos to Cinema 4D was the most intuitive option.         www.maxon.net