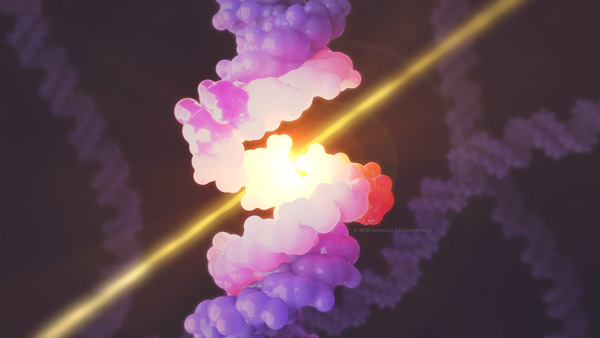 Veronica Falconieri Hays is a certified medical illustrator working in Washington DC specialising in medical, molecular, cellular and biological visualisation, including still media and animation. Medical illustration is a fairly rare profession. In North America, the Association of Medical Illustrators estimates that only about 2,000 are working in the region.

According to Veronica, it’s a rare skill, but necessary. “Trying to illustrate biological structures, processes and medical treatment with photography alone, even using microscopes, wouldn’t be nearly as effective,” she said. “The results would be too indistinct and too cluttered to serve a purpose. Illustration gives you a chance to isolate and clarify the subject in a way that delivers specific message. It defines a way of looking at a process or model that enhances the viewer’s understanding of it.”

As a student she discovered medical illustration when her aunt and uncle, both lawyers, described the work of medical illustrators in the legal field. The idea of combining art with science appealed to her. At university as an undergraduate she studied biology with a minor in art, and then later earned a Masters degree in Medical Illustration at John Hopkins University in 2014.

“Having a science or medical education helps you understand the terminology and ask the right questions as you work with clients,” Veronica said. “Artistically, I’ve always worked digitally, and learned to use Cinema 4D and ZBrush as part of my training.

“The reference material I receive from clients ranges from sketches and drawings to photographs and text. I also use the standard medical and scientific databases like PubMed – comprising about 30 million citations for biomedical literature from MEDLINE, life science journals and online books – plus protein sequence databases for data itself. At this stage you need to be your own expert. Your clients may not know how to express exactly what the are looking for, or what references or resources will be the most useful.

A key resource for working with data is the embedded Python Molecular Viewer, ePMV, that we use to access and manipulate molecular data directly inside 3D software.” ePMV is a plugin that runs molecular-modelling software directly in a 3D animation application, using it as a host. 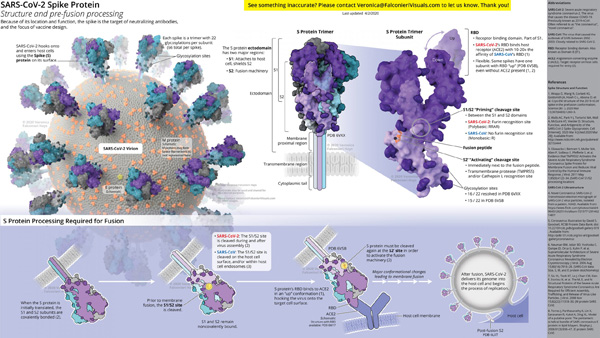 Scientists can use the plugin themselves to assemble professional looking visuals or perform computational experiments, taking advantage of the software’s ability to render with shadows, camera effects, global illumination and so on, set up animations and illustrate or animate cell events in detail by positioning objects with the 3D software’s controls. But, in the hands of a medical illustrator like Veronica, the results are engaging and often beautiful as well as effective, as you can see in the artwork in this article.

In Cinema 4D, the functionality she finds she uses on almost every job is from the Mograph set of tools, especially cloners and instances. The clone tool creates live copies of objects, which can be placed along points, edges, polygon centres or randomly across the surface of an object. Keyframe parameters are used to modify the clone count, how they are spaced and so on. Each object can be used to perform a specific function in a project, interact with other objects for extrusion, fracturing and displacement, and be controlled by MoGraph Effectors. Used in different combinations, the Effectors can produce varied animations. 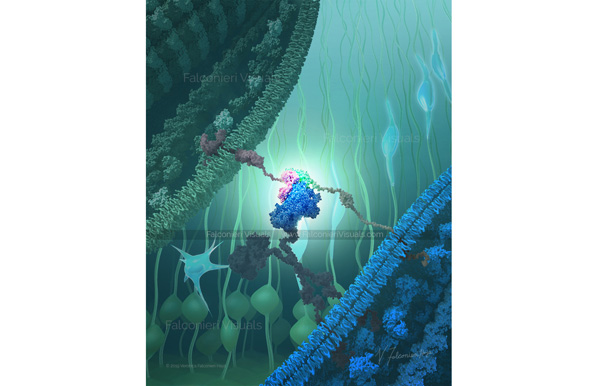 The volume builder and mesher, added to Cinema 4D in Release 20, is a procedural way to create objects by adding or subtracting shapes – splines, cloners, fields and so on – in Boolean operations like Union, Subtract and Intersect. Then with VDB remeshing, you can re-topologize meshes to add details using the Cinema 4D sculpting tools. Animated growing effects can also be created by turning noises and MoGraph Fields into geometry – that is, using Random or Shader Fields to create volumes based on procedural textures or 3D noise.

Veronica said, “For animations, keyframing is inevitable in some cases, but I also like to use simulations and procedural techniques where possible to save time. For example, I would simulate a cell surface rupturing with cloth dynamics or adding random brownian motion based on procedural noise.” Brownian motion matches the motion of particles suspended in fluid, resulting from their collision with fast-moving molecules in the fluid.” 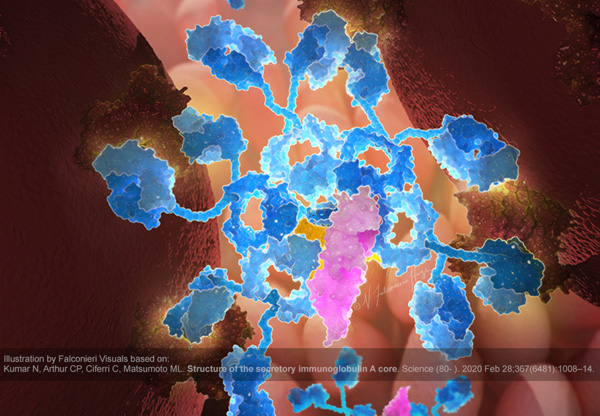 She works with four main customer types. Biotechnology start-ups need illustrations to give a clear immediate explanation of their work. Companies developing new therapies need to show how they work and are used. Researchers need attractive cover art for their papers, and popular science magazines like Scientific American or New Scientist also need clear, interesting illustrations that communicate medical concepts and scientific ideas to a wider public.

“A project begins by identifying the client’s message and their audience,” said Veronica. “At first, working with pencil and paper, we can plan the best way to communicate the message, what information to include and the flow of the visuals. Then we can start working in Cinema 4D, pulling in data via the ePMV to develop elements and looks, then introducing animation if it is required and finally the render. 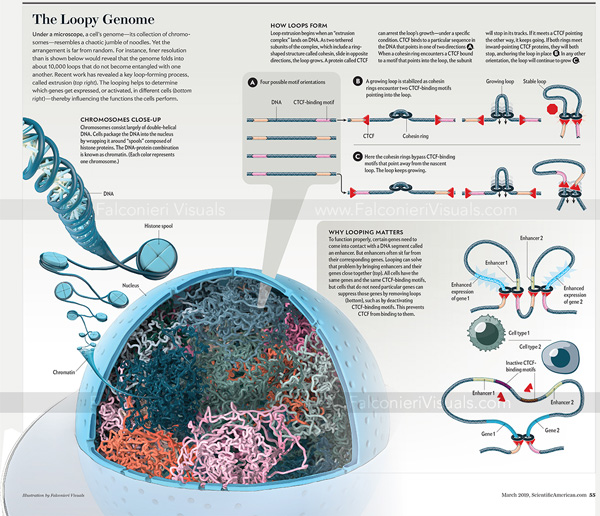 “You must love science and want to use your visualisation skills to convey accurate scientific information, and that means adhering to many conventions to make sure the illustration will be understaood. But different artists do have different styles that you begin to recognise as you grow more familiar with the field. I can even recognise the work of individual artists because of their style. They might render in a particular way that gives the work a traditional, hand-illustrated look such as colourised pan-and-ink drawings, or have a distinctive drawing or texturing style.

“Communication is your main goal. For my own work, I like using a combination of 2D and 3D work – 2D simplifies the subject and clearly describes the concepts and processes, while 3D renders are more attractive and illustrate the full complexity of your topic. Knowing how to take advantage of both can help you tailor projects for different kinds of customers.”   www.maxon.net

See more of Veronica's beautiful work at Falconieri Visuals. You can also watch a presentation she gave at the Maxon virtual NAB Show in April 2020, showing her creative process in Cinema 4D.