Axis Studios Flexes its Pipeline on the AWS Cloud 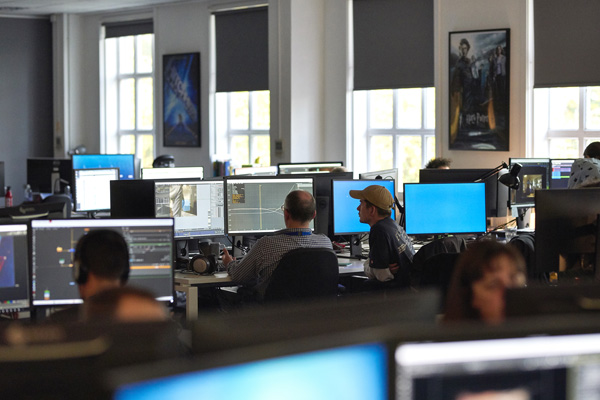 Animation and visual effects company Axis Studios creates commissioned and original content for film, television, games and entertainment experiences. The company was founded in 2000 and now has three facilities in each of Glasgow, Bristol and London. As the studio’s projects became more complex over time, their pipeline team looked for ways to establish more flexible content production and decided the cloud was their best option.

Axis Studios Pipeline TD Jamie Murray said, “We have an impressive on-premises compute capacity and have been able to handle a number of shows simultaneously and turn over shots quickly, but we found ourselves continually running on full resources, which led us to consider a public cloud.” The team chose to set up extra capacity on Amazon Web Services (AWS).

“We had reached the point where our render capacity was impacted and we used the cloud to get through unusual peaks,” said Matt Hooker, Axis Studios Pipeline and R&D Department Manager. “Now that we’re integrated with AWS, we’ve changed to a proactive way of thinking about rendering and can take on projects that would otherwise have proven challenging.”

Once a studio’s rendering pipeline is integrated with AWS, they can scale rendering workloads just to the necessary number of cores and then scale down quickly, improving elasticity and cost control. The greater compute capacity plus the ability to scale means the studio can take on more work and render more projects concurrently.

AWS and Thinkbox’s Deadline render management software support hybrid or full cloud rendering, adding flexibility when deciding how to scale production workflows. Because users only pay for what they use, rendering becomes an operating expense instead of a hardware investment. The user scales the compute power up and down without having to manage and afford all of the equipment acquired once the project is complete. 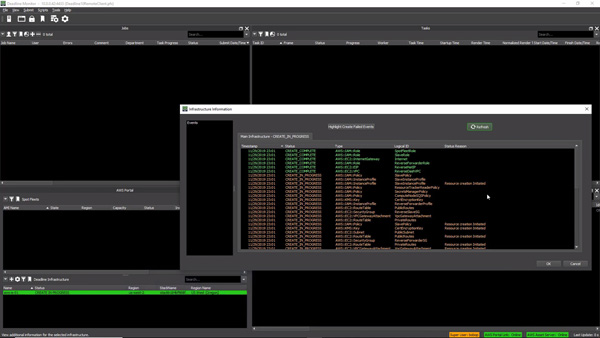 Axis Studios has been experimenting with cloud-based resources for a few years, using AWS Portal in Deadline, which the studio uses to manage compute resources between Glasgow, Bristol and the cloud. AWS Portal connects to an AWS account, and allows users to launch AWS render nodes to create a render farm or connect and extend a local farm using AWS EC2 spare capacity, known as Amazon Elastic Compute Cloud (EC2) Spot Instances for low cost rendering. It also facilitates a secure communication link between the user and AWS to handle asset transfer.

Requiring a more robust deployment, Matt and his team began integrating the AWS public cloud more deeply at the start of 2019. By the end of the year, the setup was production-ready, which in the end was fortunate timing. “A very high-profile project came through late last year requiring photoreal, FX-heavy work on an ambitious timeline,” he said. “It was a great opportunity to use AWS and ended up as a big success. We really benefited from the power of the cloud, and the AWS team was hugely helpful.”

Encouraged, Axis Studios has continued using AWS, most recently for the second season of the Sky Original drama series ‘A Discovery of Witches’. Artists delivered shots for all ten episodes of the season, working on much of it remotely. The team used various instance types, including EC2 Spot, and on-demand instances for other tasks.

Spot instances are up to 90% cheaper than dedicated, on-demand instances because they represent Amazon’s unused capacity – Amazon reserves the right to take them over if a full-cost-paying customer needs them. They should only be used for jobs that can be interrupted or easily swapped to other instances without impacting on the processes. 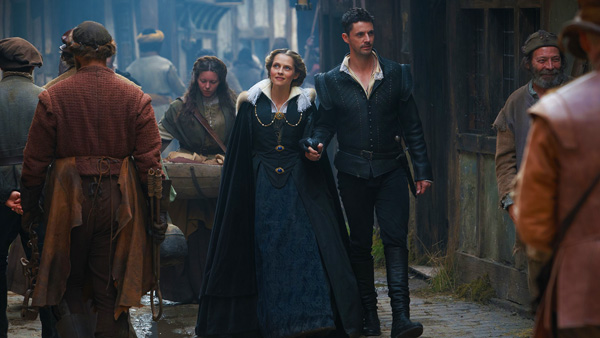 A Discovery of Witches  (Image courtesy of Sky One)

At the peak of production, Axis Studios scaled resources to 2.4x its on-premises capacity with AWS. Using Deadline, the studio transferred jobs from the artists to the cloud, where files were inspected and pushed across Axis Studios’ VPN to the Amazon FSx file system to optimise throughput. Once the transfer finished, the render job went live, launching a Spot fleet. When complete, Deadline returned the frames to the artist and the Spot fleet wound down.

“We’re generally targeting CPU-focused instances, like C5, and have even used some hefty z1ds, but we target diverse instance classes in order to be more certain of availability and minimise disruption to rendering. We did a lot of benchmarking for ‘A Discovery of Witches’ in order to find the right balance between core amount and cost, and found 48 cores to be our sweet spot for rendering Arnold frames. From there, we tuned our instance type selection based on availability,” said Jamie.

C5 instances are for running compute-intensive workloads such as batch processing, video encoding or HPC. For processes that cannot be multi-threaded, Amazon EC2 z1d instances have a high single-thread performance, using a custom Intel Xeon Scalable processor with a sustained all core frequency of up to 4.0 GHz.

Although production schedules have slowed down across the industry, Axis Studios is still busy and growing, employing over 300 artists across the company. “Virtual workstations are the next logical step for us in growing the studio while maintaining security and an enjoyable artist experience. Though we haven’t made the leap yet, we’re heading that direction.

“We’ve been working with the Amazon FSx teams, and see potential for growth using their file systems with public cloud,” said Matt. “We’ve also scoped future projects that would require specialised hardware, like a 27K render. Rather than invest in a rack of equipment to get the RAM we’d need, we can scale with AWS.” A primary function of file systems, including AWS’ FSx, is to optimise file throughput, essentially speeding up the flow of data through what is otherwise a bottleneck in the pipeline. Big render farms, on-premises or in the cloud, are only as scalable as the data throughput.

The software Axis Studios artists use depends on individual preference and the project at hand. Autodesk Maya, 3ds Max and Arnold are the common staples, as are Houdini, Nuke and Mari, and ZBrush. From an artistic perspective, the way that their team works has improved since adopting AWS, as they can iterate more quickly before shots are final, which helps elevate the end result. Having the ability to scale with AWS has made the producers more flexible because they can lean into cloud rendering for planned top-ups or to handle unexpected spikes.

Matt said, “As we tighten integrations and develop more sophisticated cloud templates on AWS, we can also be more strategic in our approach to projects, and know that we have capacity to fall back on. Due to current global events, the uncertainty of the future requires keeping pace with technical developments, staying flexible, and finding the best solution for the problem or opportunity at hand.”  www.awsthinkbox.com