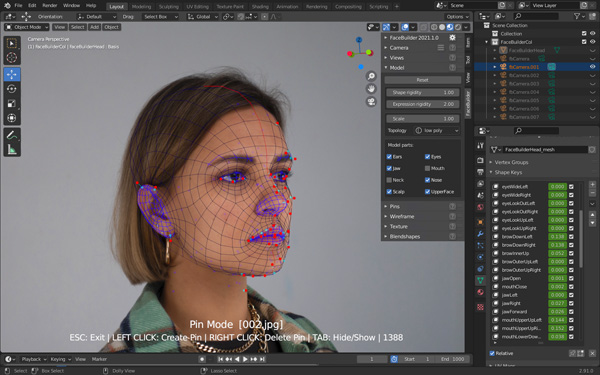 KeenTools developers have built 51 different FACS blendshapes into their FaceBuilder for Blender plug-in, used to build 3D models of human faces and heads based on just two or three photographs. Animators can now use the blendshapes to animate the head models they build in the software, which reads and uses the information stored in photos to automatically set up virtual cameras.

Due to FaceBuilder’s compatibility with Apple ARKit, it’s now possible to use Epic Games’ Live Link Face iOS app to interactively track a performer’s face, record the facial animation, export it into a CSV file and load it into the plug-in software. From there, the FaceBuilder head can be animated with the recorded expressions. This works with iOS devices equipped with the TrueDeph camera, which means iPhone X and newer models. 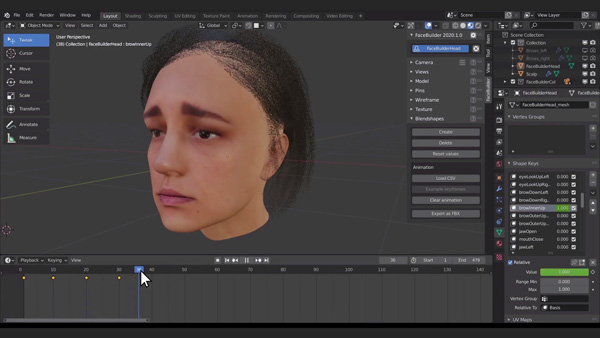 KeenTools’ workflow takes advantage of the way ARKit, iPhone and Live Link Face work together for Unreal Engine. ARKit, Apple’s AR experience software, combines device motion tracking, camera scene capture and scene processing with its display tools. The recent iPhone models have facial recognition and motion tracking capabilities that distinguish the position, topology and movements of about 50 specific muscles in a user's face. The Live Link Face app’s tracking uses a combination of ARKit output and the iPhone’s TrueDepth camera to transmit this animation data directly onto Unreal Engine characters via Live Link over a network.

Other FaceBuilder updates include corrections to the symmetry of the head topology and shape, as well as improvements to the neck to make it easier to attach the head to a body. Two head resolutions have also been added, low-poly and mid-poly, while the existing one is now called high-poly. Each of these have a set of four built-in UV maps – butterfly, legacy, spherical and maxface. 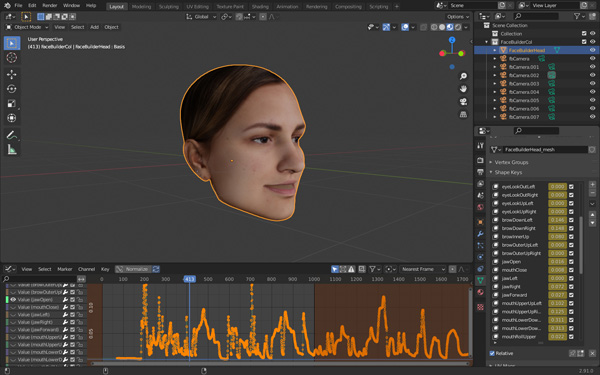 You can switch between the resolutions before and after modelling, grabbing textures and animating without losing details or quality. The low- and mid-poly modes are expected to be especially useful for game development. Export has been simplified and requires only saving the model and then loading it in Unreal Engine or Unity with the animation and texture included.

Nuke users will find most of these new features in FaceBuilder for Nuke as well. FaceBuilder has the same updates as for Blender except for the FACS blendshapes. Users have improved topology from the symmetry and neck updates, and the three head resolutions you can switch on the fly.

Regarding FACS blendshapes, the FaceTracker plugin node for Nuke, which tracks a model's position and facial gestures, can now export a Live Link Face-compatible CSV file with all the tracked animation. As well as using the tracking information for clean-up or ageing, relighting, face replacement and so on, the update makes it easier to transfer animations to a different model. Users only need to generate ARKit-compatible blendshapes, using the CSV file to animate them. 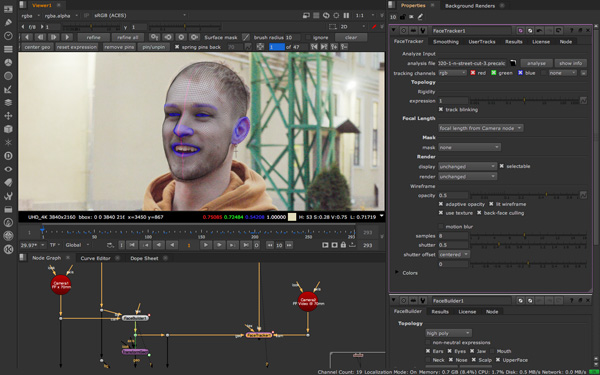 Users can download the updated plugins from the KeenTools website here. The developer team makes 2021.1 a Christmas gift to all of the CG-community and offers a 21% discount coupon for all licenses: 2021FTW – valid until 1 January 2021.     keentools.io