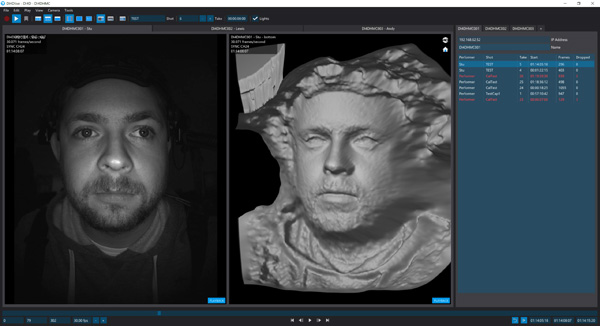 DI4D’s optical flow tracking software, DI4Dlive, picks up each pixel, including blemishes and features, from each image. Every vertex in the mesh is tracked, which maintains consistency and preserves detail.

The new HMC system captures realistic, accurate facial motions while allowing the actors to move about and perform naturally. It can also be used to acquire facial performance at the same time as full-body motion capture, and achieve full performance capture of multiple actors simultaneously.

Built to deliver high quality data, even under high-pressure production conditions, the rig’s head-band adjusts to maintain a good fit to the wearer’s head, which keeps actors comfortable and holds the cameras stable with a custom boom design. 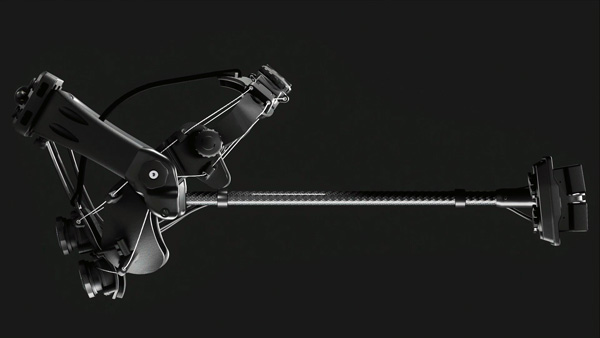 With built-in camera calibration, DI4Dlive software is used to set up HMCs accurately and consistently for groups of performers and over multiple sessions. It also allows remote control of several HMCs in a production environment, and captures the content. Its other tools are used to monitor, record, review and manage multiple takes across a series of DI4D HMCs, and include 4D reconstruction. The videos the HMCs capture are compatible with third party animation packages.

Each HMC has a stereo pair of high-quality 4MP cameras that capture at a resolution of 3mp up to 1536 x 2048, at 60 fps HFR. A fine focus adjustment mechanism helps make sure the images captured are as sharp as possible. The rig is built with synchronised, on-board strobed LED diffuse panel lighting that illuminates evenly across the actors face, with no motion blur.

Synchronising the lighting to the cameras reduces the apparent brightness for the actor, but still allows capture with an aperture of F/2.5 for better depth of focus, short exposure to minimise motion blur and low gain to control noise. Continuous wireless synchronisation means that multiple HMCs remain accurately synchronised to the master timecode at up to 60fps.   di4d.com/di4dhmc