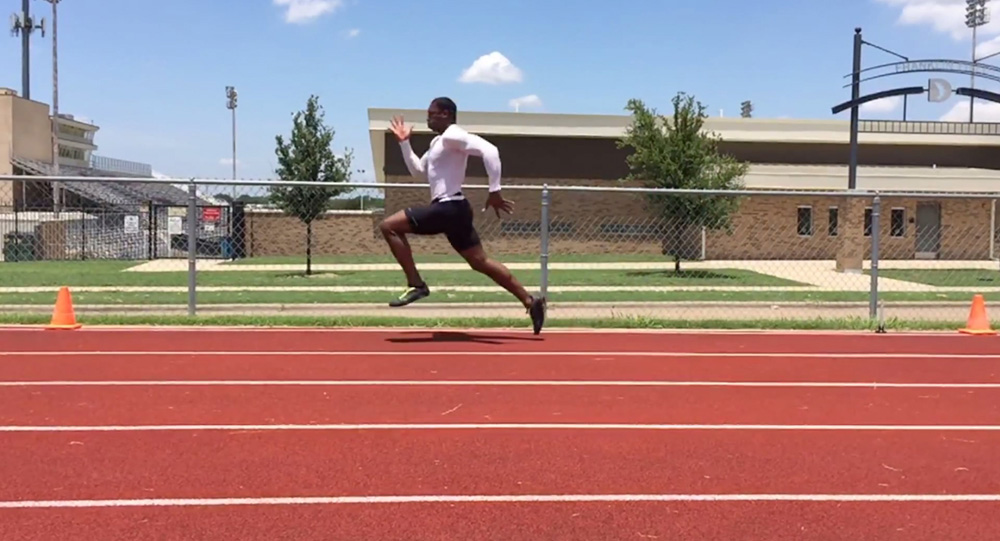 At Southern Methodist University in Dallas, TX, the team at the university’s Locomotor Performance Laboratory, LPL, researches factors determining human motion and devise methods for optimizing musculoskeletal mechanics. While the lab is interested in all types of human movement, the subjects of their studies are often top athletes, who travel to the lab on campus to have their mechanics analyzed.

By studying the athletes’ biomechanics at the whole-body level, researchers are able to identify areas for improvement. Coaches use the information to adjust the athlete’s mechanics to improve the application of force during events, and raise performance. When competing at speed or under pressure, even slight modifications can significantly affect results.

Devoted to performance-based research since it was founded in 2008, the LPL has built up a network of potential test subjects and colleagues. They work with specialists in performance, strength and conditioning from military, sports and track & field organizations from around the world, and examined how prosthetic limbs affect gait mechanics and symmetry. More recently, the team joined the ambitious SUB2 project, a new consortium dedicated to achieving a marathon in under two hours.

To obtain the precise measurements needed for its research, the LPL employs motion capture, high-speed cameras and force plates, among other tools. The lab’s motion capture system comprises 12 OptiTrack Prime 17W cameras and is currently being deployed in three different configurations to capture data – one on a high-speed force-sensing treadmill, another on a sprint runway laid over force plates, and another in an open lab area where sports-related collisions are studied. 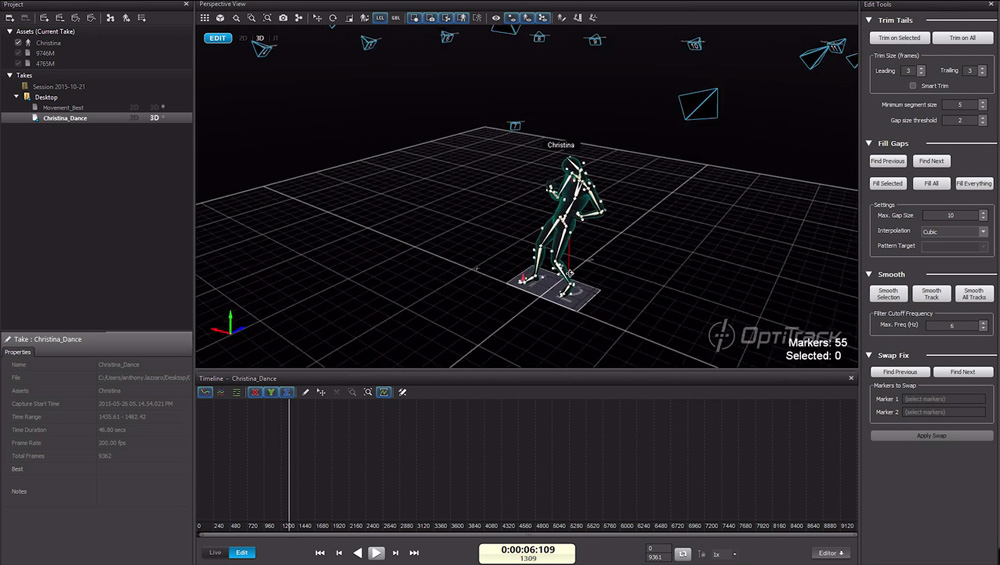 Before acquiring the OptiTrack motion capture system, LPL had developed a high-speed video-based system designed specifically for human performance research that the director Dr Peter Weyand is conducting. The system consists of video cameras capturing at 1,000 fps and software customised with the MatLab programming language for technical applications, and continues to contribute to the lab’s research.

The motion capture facilities were added in 2013 to achieve faster analysis results so that researchers could accommodate more subjects in less time. On the basis that their video system was already accurate to 0.7mm, matching or exceeding that level of accuracy, was a key factor in evaluating systems available on the market. 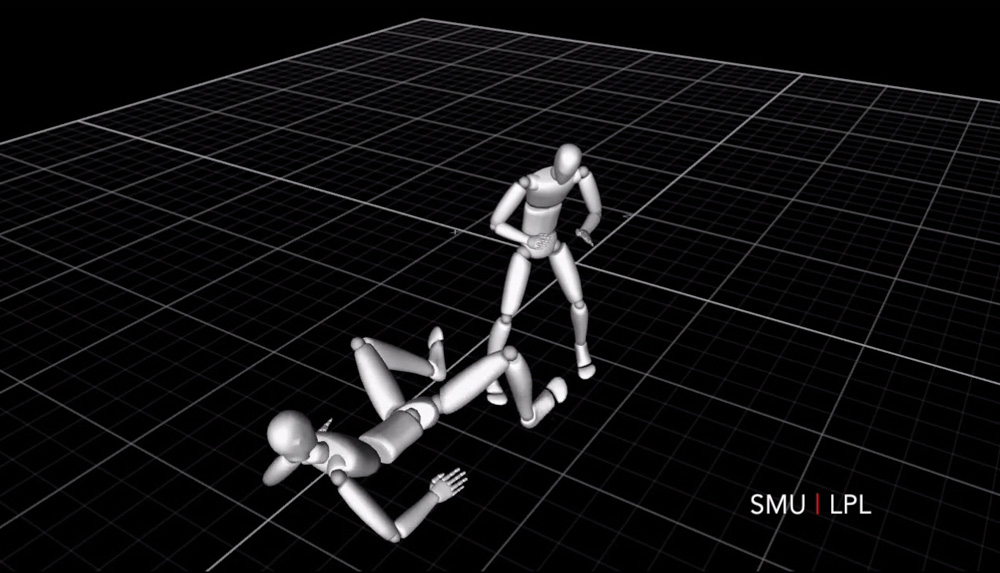 “Many commercial systems are not fully traceable, but with OptiTrack, we can calibrate against known standards so we know our exact spatial resolution. We’re tracking events that occur on an extremely short time scale, so it’s really important to be able to validate positional data,” explained Dr. Weyand.

LPL’s research engineer and physicist Dr Larry Ryan said, “We needed a large field-of-view due to our lab dimensions and a high frame rate, preferably over 250 fps. The Prime 17W matched our requirements. The open architecture of the OptiTrack system is really attractive, and the whole system is also very affordable.”

Along with the Prime 17 cameras and a small module called eSync, the researchers use OptiTrack’s Motive software to integrate the force plates and precisely synchronize them with the kinematic data. With this set-up they can simultaneously acquire and synchronize their data streams. For example, on the treadmill, researchers gather both motion capture and force plate data from subjects. On the sprint runway, in-ground force plates are interfaced to a National Instruments data acquisition system running LabVIEW system design software. 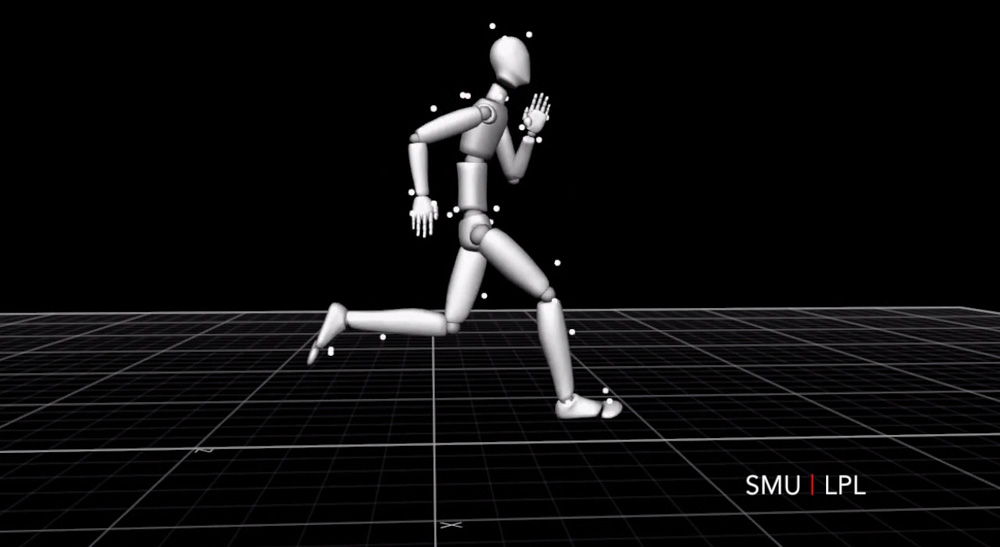 The OptiTrack system has proven to be adaptable alongside the lab’s existing customized systems. For the sports collision application, while video cameras record live video, LPL’s force sensors are embedded in a ‘collision push bar’ that allows researchers to apply measured forces to subjects outfitted with accelerometers. Then, as well as using standard marker sets within Motive, LPL employs a custom marker set and streams the data as .CSV output from Motive into its own data analysis package.

Furthermore, the Prime 17W’s extremely wide field of view helps minimize the occlusions inherent in an optical system, and can turn most or all of the lab into tracking area. The 3D motion capture enables subjects to be viewed from any angle for very close analysis. The data can then be compared to what LPL’s ongoing research has determined as ideal running form, information that will be a critical advantage in the sub two-hour marathon quest.  www.optitrack.com/biomechanics