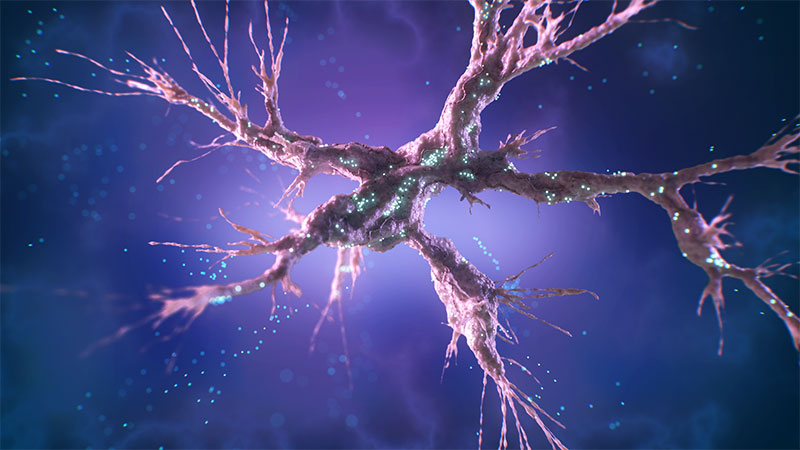 The scientific animators at Microverse Studios translate the detailed, largely invisible science behind biotechnical research, medical device design and pharmaceutical development into dynamic illustrations. The artists have earned advanced degrees in biomedical visualisation and need to be educated equally in art and science. Their audiences come from a wide range of backgrounds.

Microverse’s animators work as a small, dispersed team, and have enough experience to quickly understand the field’s complex methods and processes, and then produce animated content based on facts -- from illuminating emerging COVID-19 treatments to explaining revolutionary advances in gene therapy.

To create three-minute or longer animations end-to-end in less than two months, they render on Conductor cloud platform, which gives them flexibility in resources to scale as needed, without the overhead of investing in infrastructure.

From On-site to Cloud 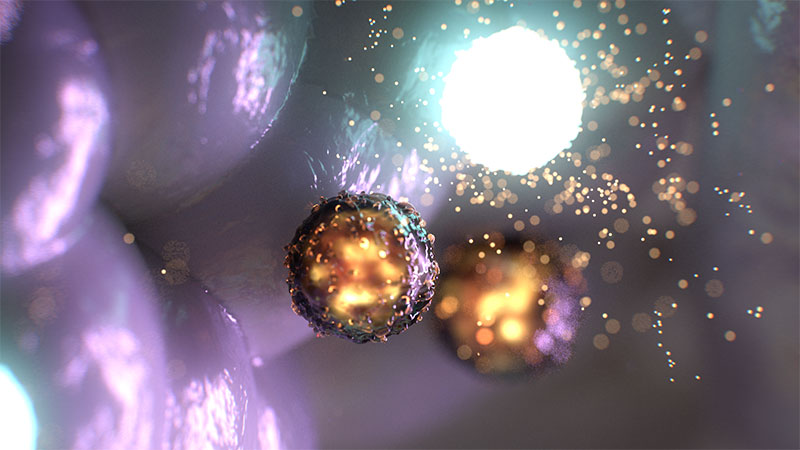 Earlier on, operating as a boutique studio, Microverse maintained a small on-site render farm, until eventually its compute resource needs outstripped on-premises capacity. By adopting cloud rendering, Microverse CEO Cameron Slayden was able to let go of his ageing hardware, a depreciating asset prone to maintenance problems and overheating. He said, “When you rely solely on physical infrastructure, you’re limited to that capacity, and sometimes you have to forget about creating the best-looking effects if you want to meet deadlines.

“We work on short timelines. We can’t wait four days for a shot with computationally intensive features like blurred transparency or subsurface scattering to render. Using Conductor, we can keep more than a thousand virtual computers rendering a single animation, and render in an hour what would normally take a week or more locally – without being pressured into sacrificing production quality.” 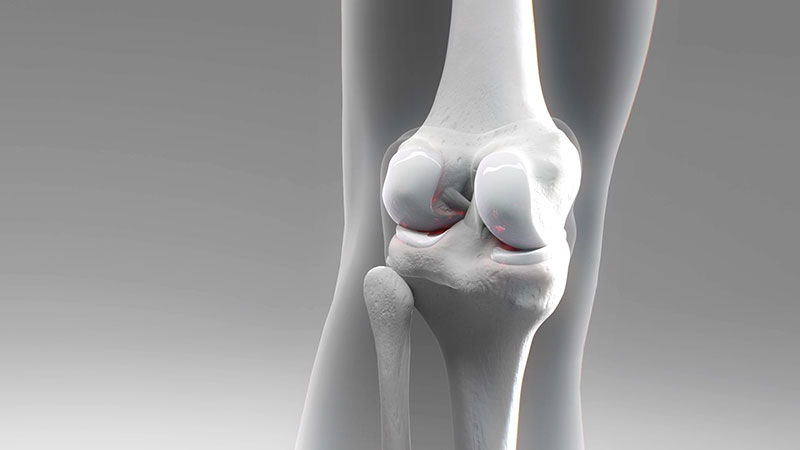 Cameron started to use Conductor in early 2021 and found that it not only met their capacity needs but was also more flexible and affordable than render set-ups they had used previously. During that same period, demand for Microverse’s services continued to grow as interest in biotechnology expanded due to the pandemic.

“Access to Conductor’s hardware means we have the power to render incredibly complex visuals relatively quickly for a few dollars. It removes the set of issues associated with managing a farm, and on-boarding artists when we have to expand is simpler as well,” said Cameron.

“Because hitting our deadlines doesn’t depend on in-house compute power, I don’t have to worry about running into a capacity ceiling or running multiple projects in parallel. We can also accurately build rendering costs into each production budget.” This represents a considerable change compared to coping with the up-front costs of building a farm until they have been amortised. 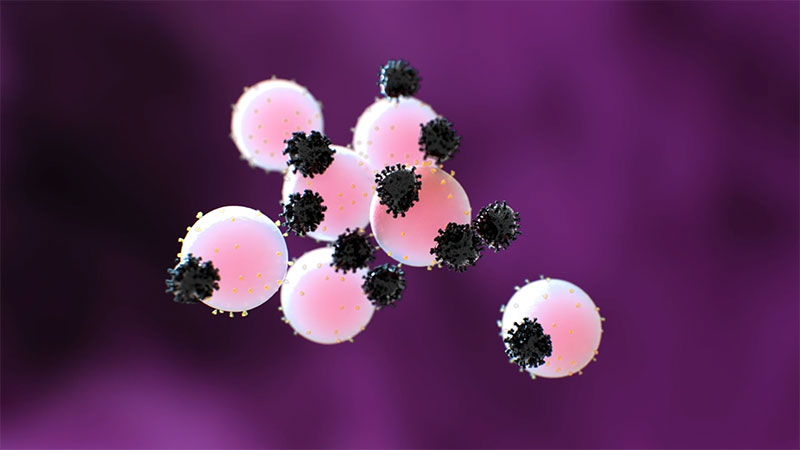 One of the first Microverse projects to use the workflow was an animation conveying a new therapy to treat COVID-19 that was developed by researchers at North Carolina State University and UNC-Chapel Hill. Project frames were often rendered and returned long before they were needed, avoiding down time and allowing lead animator Amanda Manowski to remain immersed in the creative process.

A lot of planning went into their approach to the overall look, the texture of the membranes, for example, and how light reacts with the membranes and other critical surfaces. The studio’s animators typically work in Maxon Cinema 4D on local workstations and render with Redshift on Conductor. Character animation techniques were used to help viewers differentiate between and identify the various particles and tissues in an animation. Amanda also had specific qualities in mind for the lighting effects and reflections.

She needed to use multiple applications to develop the geometry -- Cinema 4D X-Particles dynamics to produce and understand the general shape, and ZBrush to build out the detail. The Redshift renderer influenced every 3D scene, of course, and as well as the base materials and lighting, she built certain effects and AOV outputs through its material nodes, such as the flashing effects needed for one scene. Red Giant tools were used to add glows, and compositing was done in After Effects. 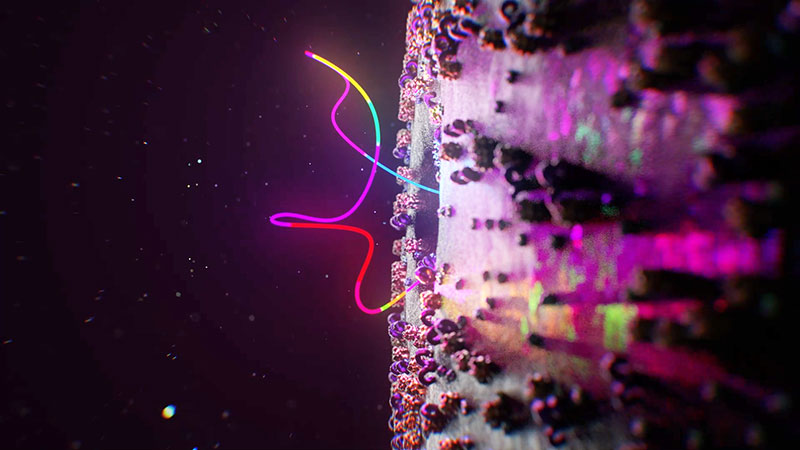 Based on the studio’s experience with Conductor, Cameron has become a strong proponent of cloud-based pay-as-you-go rendering, especially among fellow medical illustrators and students. He said, “Many artists in our industry are freelancers. Investing a lot of money in hardware that’s only going to be useful for a limited time doesn’t make sense. Instead, Conductor allows them to scale according to workload, without the financial burden in the meantime.

“I do advocate the use of Conductor for students. It’s well-documented and easy to navigate, the customer support is top notch, and having production experience with it is considered a valuable skill for any type of 3D content creation career.”   www.conductortech.com