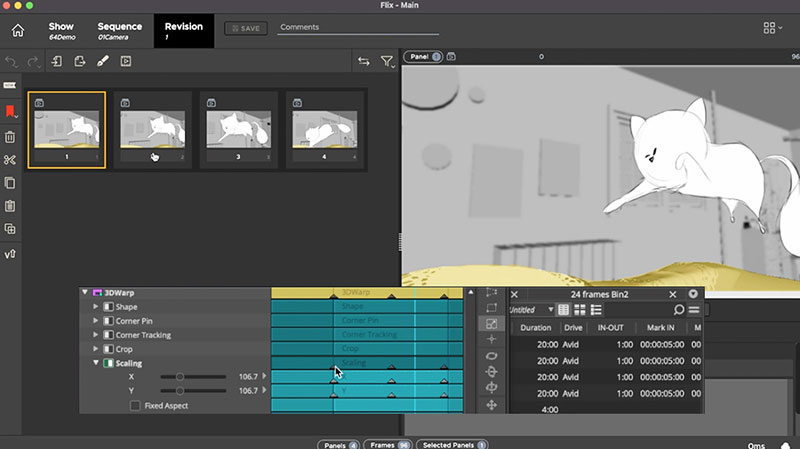 Flix 6.4 storyboarding software, focused on improving workflows and efficiency, enhances communication and collaboration between story and editorial. An important new feature is a strong round trip that supports camera moves from Toon Boom Storyboard Pro to Avid Media Composer, and back to Storyboard Pro in Flix.

This is possible because boards created in Storyboard Pro can become part of the Flix system, and Storyboard Pro users can access all Flix functionality - file management, editorial round-tripping and collaboration. Similarly, publishing from Flix to Avid can be done directly, allowing the artist to reconform a sequence from editorial into Flix using only AAFs. 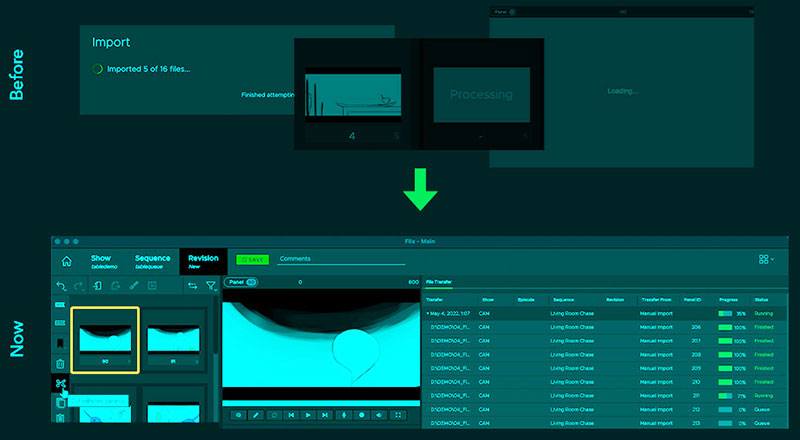 The new Enabled UI allows users to continue work on revisions while transfers are underway.

For panels with camera moves, Flix will continue to import the keyframes and, with the new read/write AAF system, there will be full support of camera moves preview and editing across the whole round trip from story to editorial, and back to story. Flix 6.4 will also import both full canvas PSDs and QuickTime rendered directly from Storyboard Pro.

Regarding speed and efficiency, the new Transfer Utility V2 allows file transfers and uploads to be processed much faster and more reliably than Flix 6.3. Users can transfer files to and from Flix and import more panels quickly in larger batches. Artists can expect to be able to transfer processes and import files about 10 percent faster than Flix 6.3 with more information returned to show exactly how imports and exports are progressing.

The new Transfer Queue Table offers a clearer and more comprehensive UI to improve clarity and accessibility. The new interface allows both artists and production to be up-to-date and track their transfer processes. Users will also be able to see and organise uploads and downloads. 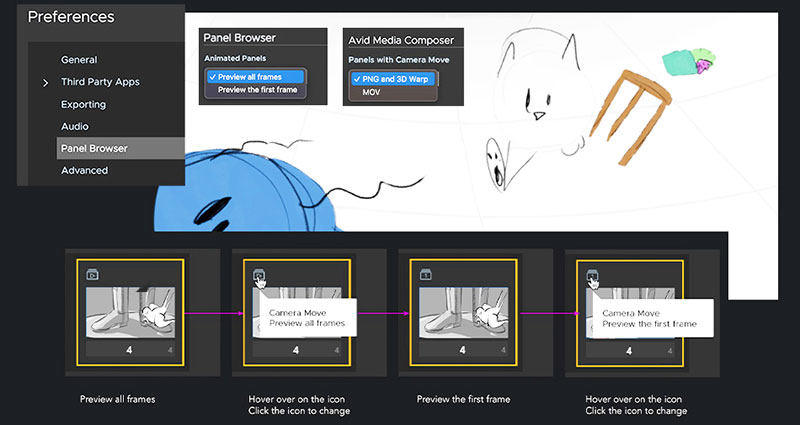 Due to an updated saving system, the new Enabled UI allows users more scope to work on current revisions and switch revisions, sequences and shows while transfers are still ongoing. new saving system that allows users for much more freedom while waiting for transfers to complete. For instance, users will be able to make changes to a revision while their transfers are in progress, and will also be able to leave their current revision to start work on another one in the same sequence. A user can move from one sequence to another, or switch between shows, without losing transfer data.

Flix 6.4 adds flexibility for import into preview preferences. Users can manage preview settings in the Panel Browser section of Preferences, for example, seeing either the full animation or the first frame. The latest release also imports both PSD and MOV reviews.

Flix 6.4 users can now import .sbpz files into their projects, reducing the number of files per show that they have to handle, optimising storage and preventing backup issues or loss of data. Users will also be able to use Photoshop 2022 to reduce friction in the pipeline. Foundry will continue to optimise this support and ensure that Flix complies with the new way Photoshop creates plugins. 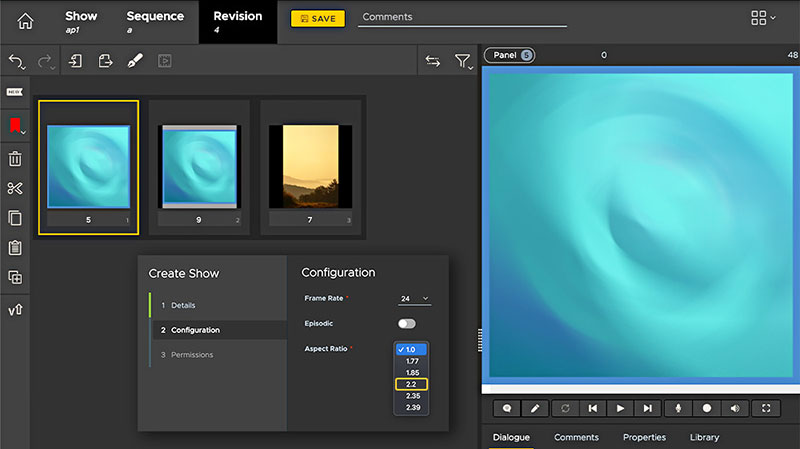 Use your preferred aspect ratio.

Improvements to Flix’s client/server software allows future versions of the Flix Client to be automatically upgradeable via the client on startup. Flix will detect if the server is a newer version and notify users when they can upgrade. Downloading is then automatic. This update also avoids mismatches between the client and server versions and can be upgraded accordingly.

Artists will find that they can now use their preferred aspect ratios for productions due to new support for the 1.0 and 2.2 aspect ratios in Flix -- supporting content for widescreens and mobile devices, for example. www.foundry.com