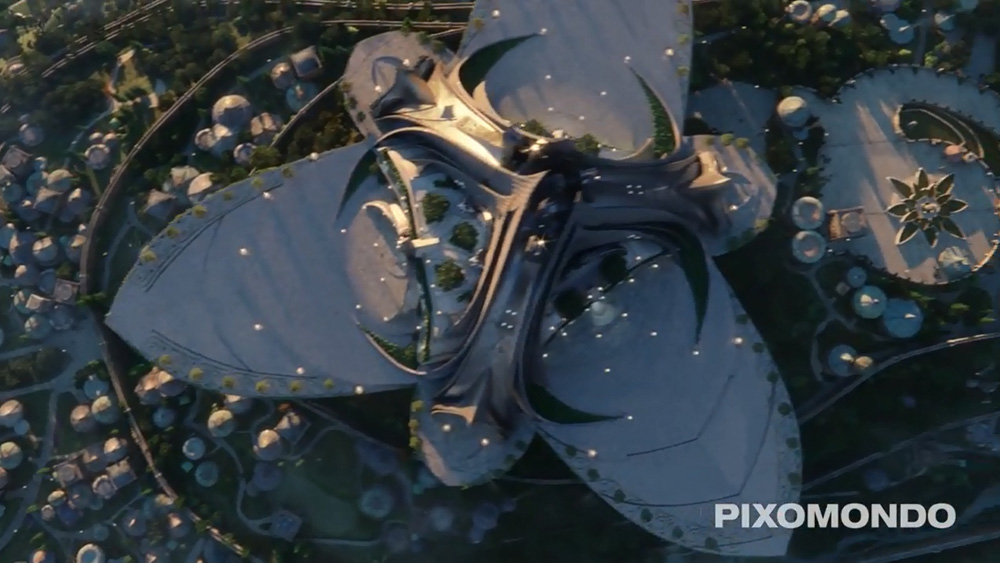 The TV Series category this year is one of the strongest seen so far at the AEAF Awards. Historical and modern drama, kids’ animated series and live action sci-fi/fantasy top the list.

11am 16 August
PRODUCING LONG FORM ANIMATION
Practical advice on how to get animated features, TV series and other long form projects off the ground and into production.
Stefan Wernik
Co-Director of The Magnificent Itch
themagnificentitch.com.au

REGISTER TO ATTEND
For enquiries or special requests including group discounts - please call or email us. AEAF Enquiries Tel 02 9332 2822

As a contrast to BlueBolt’s invisible effects on historical dramas described in earlier AEAF news, Pixomondo has entered work created for ‘The Shennara Chronicles’, for which their team of 30 undertook visual effects set supervision for the whole first season, producing 350 shots over 10 episodes. 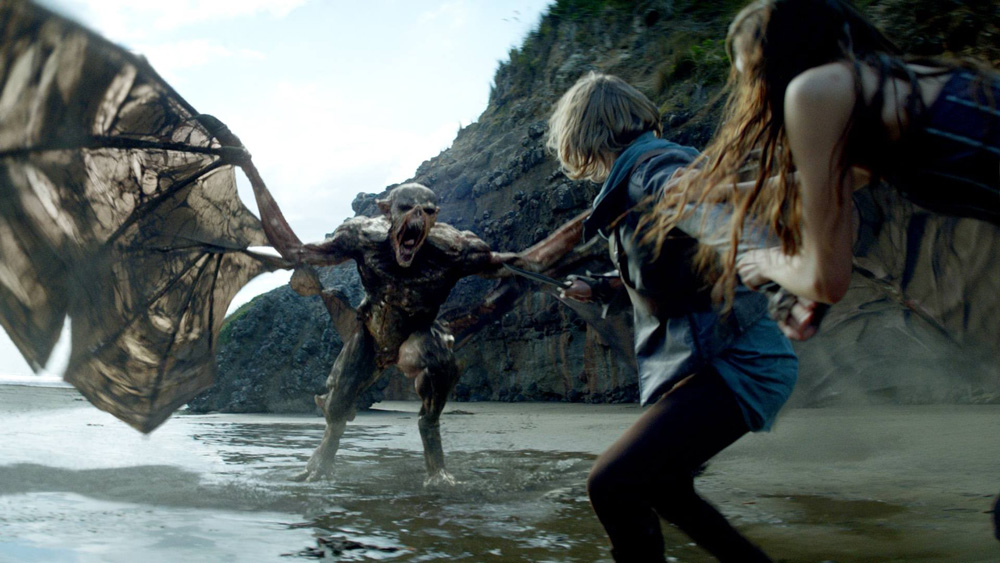 The project included design work for the fantasy creatures and environments and crowds. The creature animation and simulations involve transformations and interacting with live action characters. Simulations include scenes of destruction, eruptions and explosions, sometimes resulting in complex full CG shots.

Screen Scene’s VFX work for ‘The Frankenstein Chronicles’ TV series, about detective John Marlott who investigates mysterious crimes in London in 1827, won the Irish Film & Television Academy award for Best Visual Effects this year. Scenes taking place in the story along the Thames River were actually shot in Northern Ireland and required changing the local woodland landscape into a period Greenwich Thames vista. A 3D camera track, a 2.5D digital matte painting and intense rotoscoping brought the shots to life on screen.

Other establishers were made for settings overlooking the Thames from Lambeth Palace to Westminster Bridge, built in a similar way. Scenes around the Isle of Dogs were shot at a location in Armagh, Northern Ireland that needed extensive cleanup and extending sets with 2.5D DMPs and views from witness cameras. 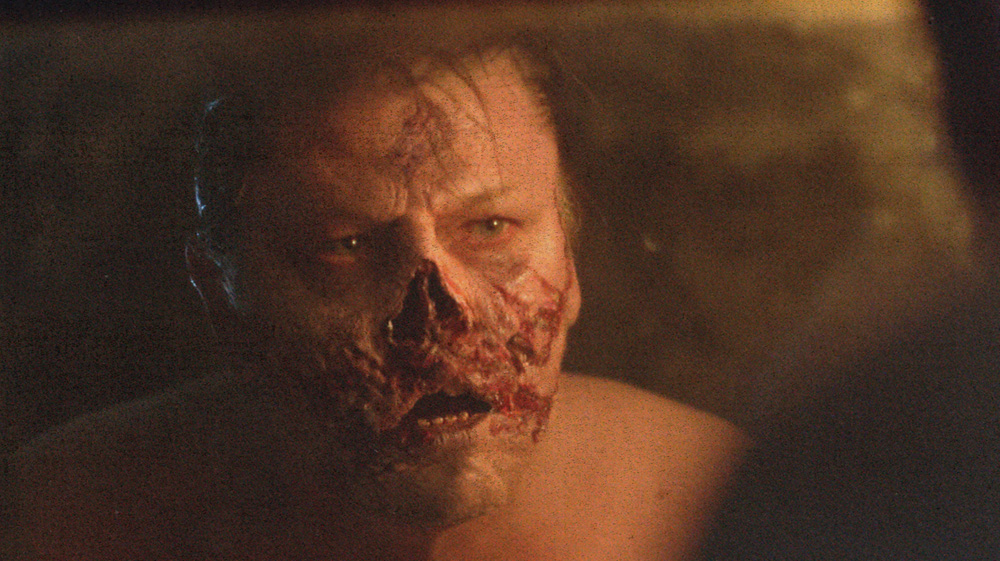 Part of the story concerns Marlott's suffering the early stages of syphilis, which haunts him throughout the series. In a shocking scene when he visits a patient in the final stages of tertiary syphilis he sees his own grim future ahead, experiencing flashbacks and nightmares in which he sees himself near death.

The key VFX challenge for Screen Scene’s team was head replacement for the two actors playing Marlott and the patient, whose real heads were photographed, modelled, lit and animated in 3ds Max. Historical references were sourced, showing the extent of advanced Syphilis, and 360° HDR  images of the set were captured to light the CG heads. Their software was Photoshop, ZBrush, Syntheyes, 3ds Max, V-Ray and NUKE.

To aid the design process, a mould was cast of each actor’s head and the effects of the disease were physically sculpted on them. The VFX team photoscanned these models to begin high resolution modelling, and they also became VFX tools for on-set lighting reference, casting eyelines and a physical reference to look at as work progressed into digital and post production got underway.

Compositing facial and head replacements brings lots of challenges, not least of which is tracking. The decision had been quickly made to keep the actor’s real eyes, which helps with realism and recognition but requires a very accurate object track. To assist, various witness cameras were used, and a wide lens camera was mounted to the main unit’s Alexa camea. Extra photography of each cast member was taken showing facial muscle movement, which aided rigging, R&D and animation. 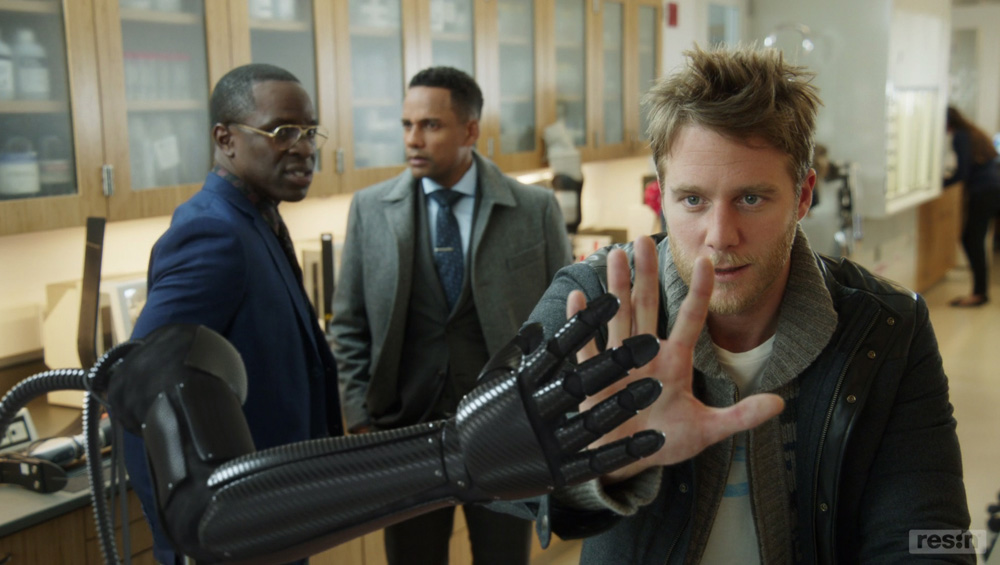 Resin in Adelaide has produced a selection of visual effects work for the CBS Network’s TV series ‘Limitless’. Resin created a photoreal robotic arm with Maya and NUKE  that features throughout one of the episodes, and several stylised motion graphic sequences with After Effects used in two other segments, superimposed over and interacting with the live action. 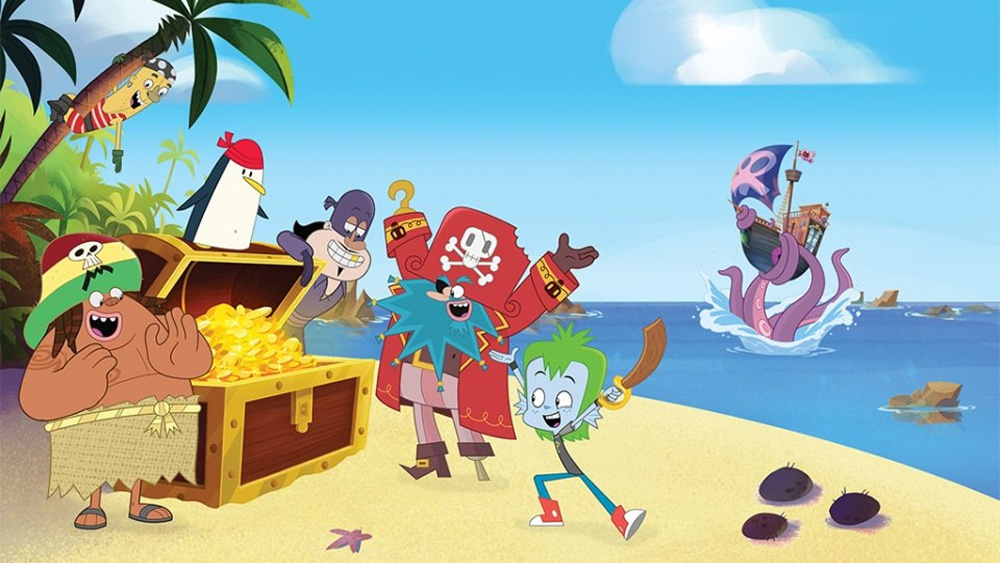 From Sticky Pictures is a new kids’ animated TV series called ‘Pirate Express’ about Newt, the son of Poseidon god of the sea. Twelve year old Newt has accidentally released the troublesome Pirates that his father imprisoned in a bottle 300 years ago. He has now been charged with persuading the Pirates to change their ways.

The show follows his adventures, watching over his menagerie of misfits and keeping them out of mischief. He bravely leads the crew on bizarre voyages - but if the Pirates fall into trouble again, they will be sent back to their ship in a bottle for all eternity. The project was built and animated mainly in Toon Boom Harmony with Maya for 3D effects, and Final Cut Pro and Smoke for editorial. 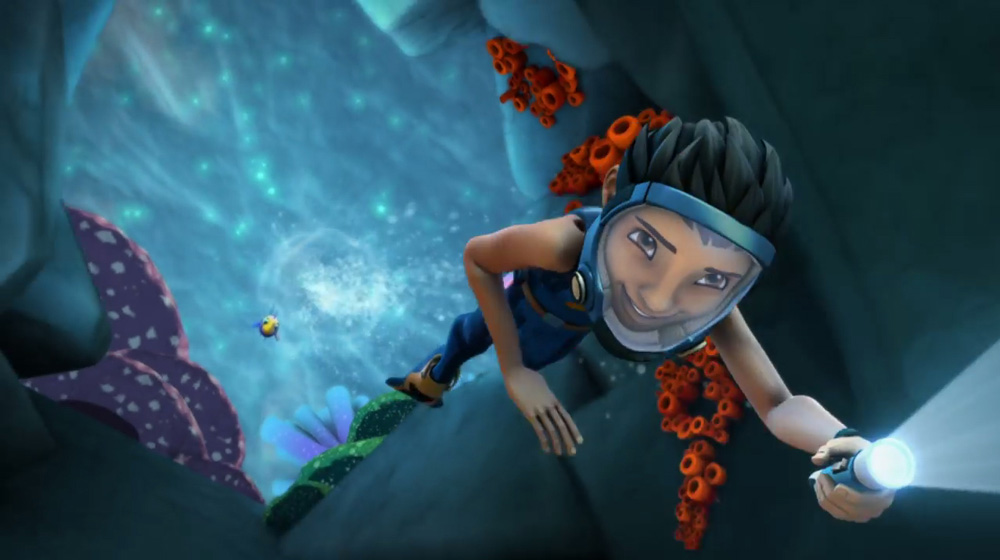 Another children’s series, ‘The Deep’, comes from Avril Stark Production about rival factions engaging in underwater intrigues to seize control of a stolen treasure. This 3D animation was created entirely in Softimage. www.aeaf.tv