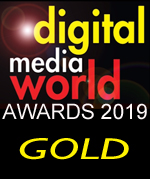 LCEVC has been developed by MPEG, including IP by V-Nova. When enhanced with LCEVC, any existing encoding pipeline - using codecs such as AVC/H.264, HEVC, VP9 or AV1 and in the future VVC -achieve the same or better quality as a next-generation codec at the same bitrate and at up to 4x lower computational complexity.

• Reduce Churn – Better video quality and increased resolutions at the same bitrates drive up QoE and customer satisfaction, increasing viewing times for improved ad-monetization and significantly reducing subscriber churn
• Increase Reach – P+ enables stable video delivery at lower bitrates (as low as 100kbps) meaning viewers can be reached over the most limited networks
• Reduced Delivery Costs – Storage and CDN delivery costs can be reduced by up to 80%
• Better Encoding Density – Applying P+ to any codec reduces its complexity and can typically improve encoding density by up to 30%
• Compatibility – LCEVC is delivered in industry-standard formats like HLS and MPEG-DASH meaning it is transparent to existing infrastructure (CDNs, DRM, Ad-insertion etc.) and even plays back on players that are not LCEVC-enabled
• Easy To Deploy – Supported by a broad range of encoding and player vendors or easily update systems with V-Nova’s simple SDKs
• Broad Device Support – LCEVC has the same compatibility as the underlying codec it is enhancing and with P+ decoding SDKs available for a wide range of platforms it can be deployed toda