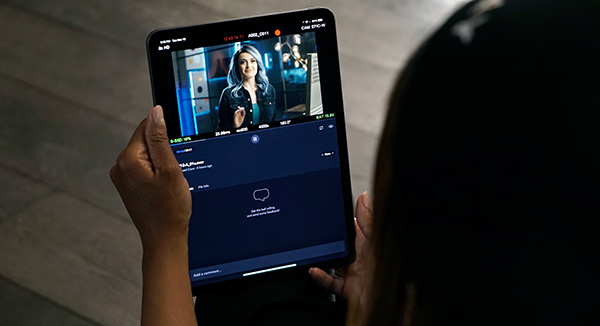 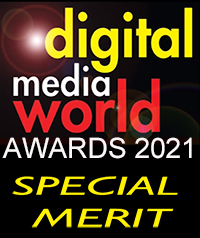 Frame.io Camera to Cloud enables a secure, cloud-based workflow for users from pre-production to final delivery by taking proxies of camera files and full-bandwidth audio files and delivering them to creative collaborators and stakeholders – without waiting for camera cards to upload or physical media to ship – saving time and money. Directors, editors, cinematographers and producers can view a live shoot securely, anywhere in the world, to give feedback in virtually real time.

Frame.io Camera to Cloud enables a secure, cloud-based workflow for users from pre-production to final delivery by taking proxies of camera files and full-bandwidth audio files and delivering them to any creative collaborator or stakeholder who needs to view or edit them—without ever having to wait for camera cards to upload or physical media to ship—saving time, stress, and money. Throughout the past 100 years, there have been two fundamental shifts in filmmaking technology. First, there was the shift from film to tape.

Then there was the shift from tape to digital files. But even then, physical media needed to be exchanged in order for post-production to begin. That meant waiting anywhere from hours to days to be able to view what had been shot for those who weren’t physically present during filming. Since shoots are expensive, if there’s been a mistake or insufficient coverage, the cost of reshooting later, after they’ve already moved on to a new setup—or fixing the problem in post-production—presents real challenges.Frame.io Camera to Cloud (C2C) fundamentally changes the way video is created by eliminating the need for physical media to be exchanged, which removes the barriers of time and distance. The result is that what was once a linear process is now truly collaborative, allowing collaborators to view a live shoot securely—anywhere in the world—in virtually real time.On-set production and remote post-production teams can now work together concurrently, allowing directors, editors, cinematographers, producers, and more to give vital feedback when it matters most—during the shoot—so changes can be made. The C2C workflow requires a Teradek CUBE655 to be paired with a C2C-compatible camera through Frame.io.

Select ARRI, Panavision, RED, Sony, and Panasonic cameras are supported, and the list is growing. Once authenticated, high-quality H.264 proxy files with matching timecode and metadata to the OCF are directly uploaded to Frame.io every time the camera is triggered via LTE, 5G, or WiFi. Additionally, Sound Devices 888 or Scorpio field recorders, along with Aaton Cantar X3 recorders, can be paired to record, encode, and send either proxy or full-bandwidth audio files to Frame.io. Proxies are viewable on computers, iPhones, and iPads via the Frame.io web and iOS apps, and available directly in NLEs with Frame.io native integrations including Adobe Premiere Pro, Final Cut Pro, and DaVinci Resolve. This allows for immediate editing, and the proxies can later be swapped for “hero” dailies or be easily relinked for final conform and grading.But even beyond that, we are at a critical time in the motion picture industry where the discussion around working hours and conditions is of paramount importance. The fact that Frame.io C2C can effectively engage an editorial team that works in parallel to a production crew helps demonstrate to directors and cinematographers that the sequence is working.

This means that the term “in the can” gives filmmakers newfound confidence and allows them to expeditiously move on to the next setup or even wrap for the day. Not only does that have an effect on their ability to stay in the moment creatively, the impact ripples throughout the entire production process because everyone can securely and instantly access media relevant to their role. For producers, not having directors shoot take after take in an effort to ensure they’ve got all possible angles and coverage alleviates concerns for overtime and cost overruns. For everyone on the crew, it means shorter workdays, lengthier rest periods, and a better work-life balance. Anything that can successfully and demonstrably save time on a production leads to improved conditions creatively, financially, and logistically.Frame.io C2C extends into the pre-production process, as well. Lens and camera testing, an essential part of the cinematographer’s preparation, can now take place with only the cinematographer on site. Using C2C, these tests can be shared, in real time, with directors, producers, gaffers, or anyone else who needs to weigh in on the selection process.

The benefit of C2C is immediate and means that the creative part of post happens faster and more smoothly. These benefits ripple into various departments including production, editorial, sound, scripty, VFX, hair and makeup, production design, wardrobe, dailies assists, DITs, and colorists, etc. Virtually every department benefits from having instant access to viewable or editable dailies with the highest quality audio.