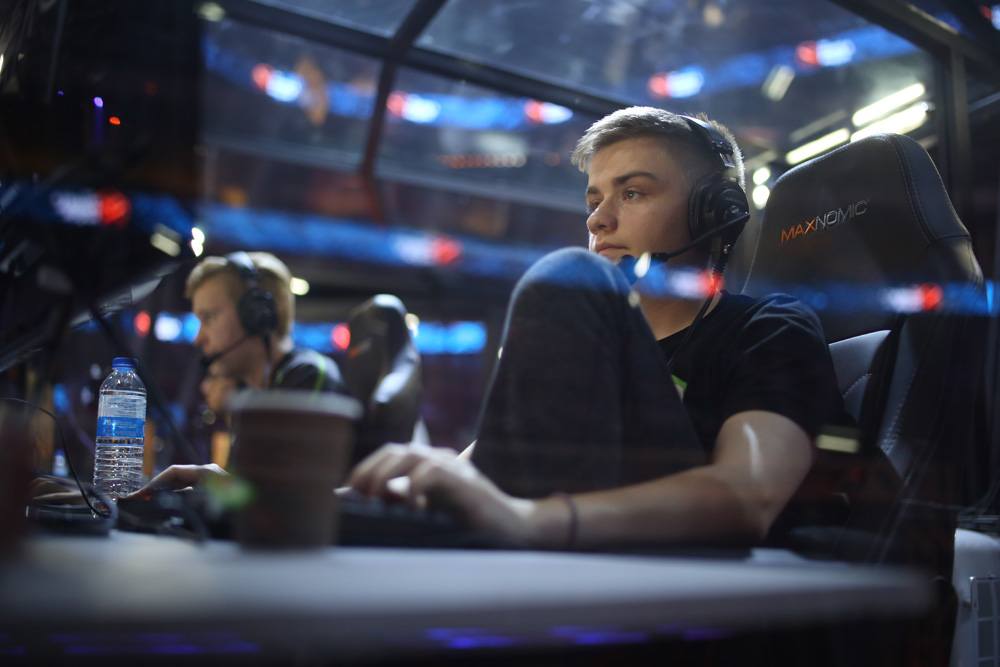 The Manila Major was one of the biggest gaming championships in eSports held so far in 2016. A professional DotA 2 eSport tournament, the competition took place between 16 elite teams in Manila, Philippines the second week of June. It was delivered to fans around the world using a live production system based on the Blackmagic Design ATEM 2 M/E Broadcast Studio 4K switcher and Smart Videohub 40x40 routers.

DotA 2 stands for Defense of the Ancients, a multiplayer online battle arena-style modification for two variants of the video game Warcraft III. DotA is one of the most widely played and talked about game mods, or modifications, in the world. Teams of players fight using powerful units called heroes, and are assisted by allied heroes and AI-controlled fighters. 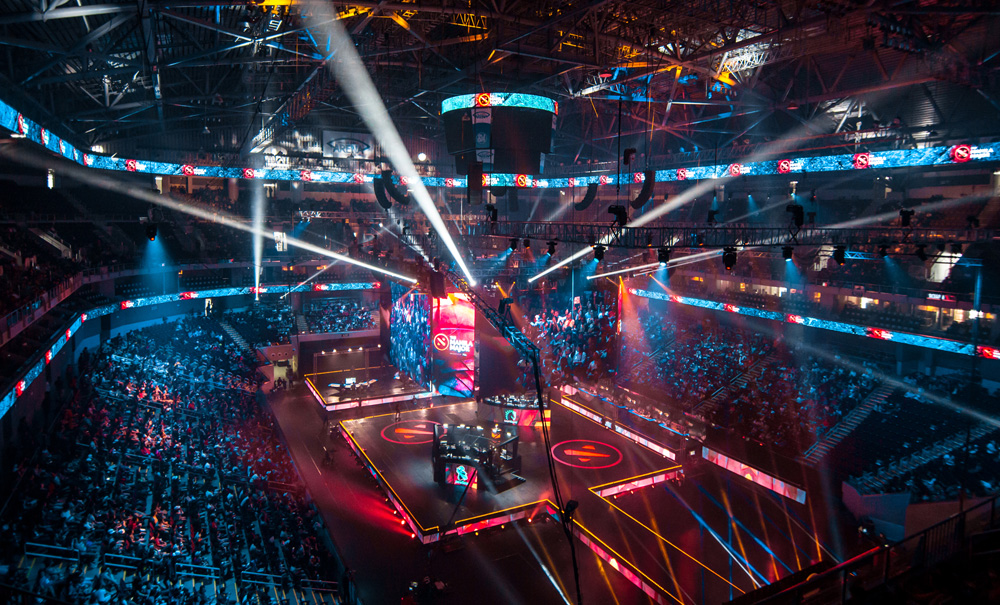 At the Manila Major, four production hubs were set up that each used an ATEM 2 M/E Broadcast Studio 4K switcher for localized production, and further along the pipeline a centralized switcher and Smart Videohub 40x40 were used to bring the action together. Signal management was monitored and standardized using the Blackmagic MultiView 16 and Teranex Express.

The six day tournament, produced by PGLeSports, featured the 16 eSports teams competing for a US$3,000,000 prize at the Mall of Asia Arena where thousands of spectators gathered to watch. Many more viewed via sports channels or online. 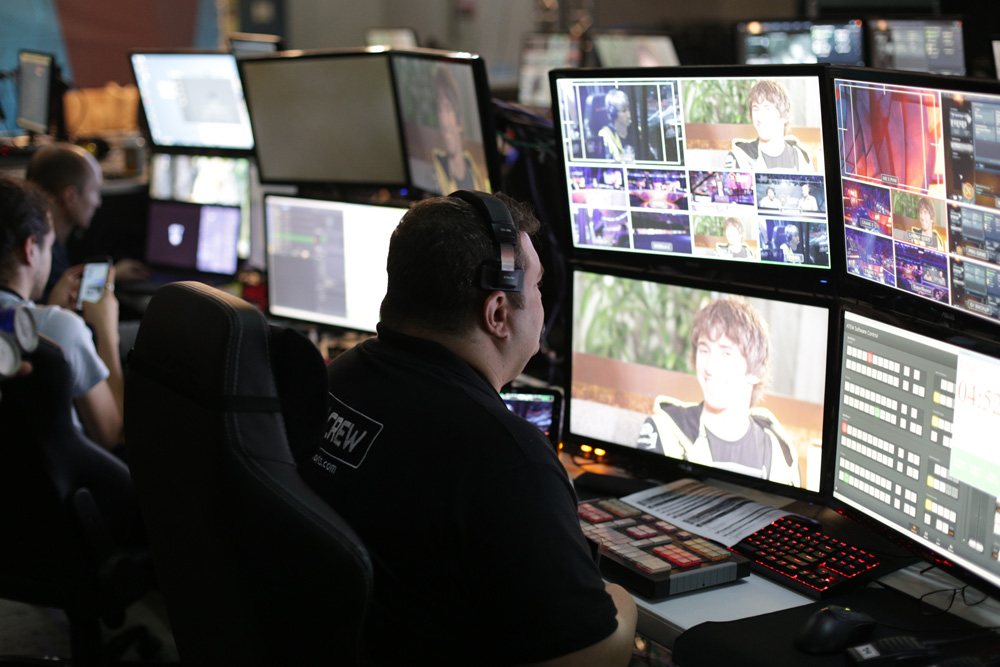 The scale of production at the event is huge, with 28 cameras and dozens of computer screens in action at any one time, so the PGL team developed a system that split the video production into several hubs, including delivering in game content, or capturing player and commentator reactions, with content from each hub being produced through an ATEM 2 M/E Broadcast Studio 4K.

Vlad Petrescu, head of broadcast for PGL said that their team used the ATEM's creative functions to help fans follow the multiple storylines unfolding through the various battles on screen. "As well as traditional picture in picture effects, we also created a ‘Tri Lane Cam', with two screen wipes alongside the main camera shot, so fans could follow the three paths in the game simultaneously," he said. 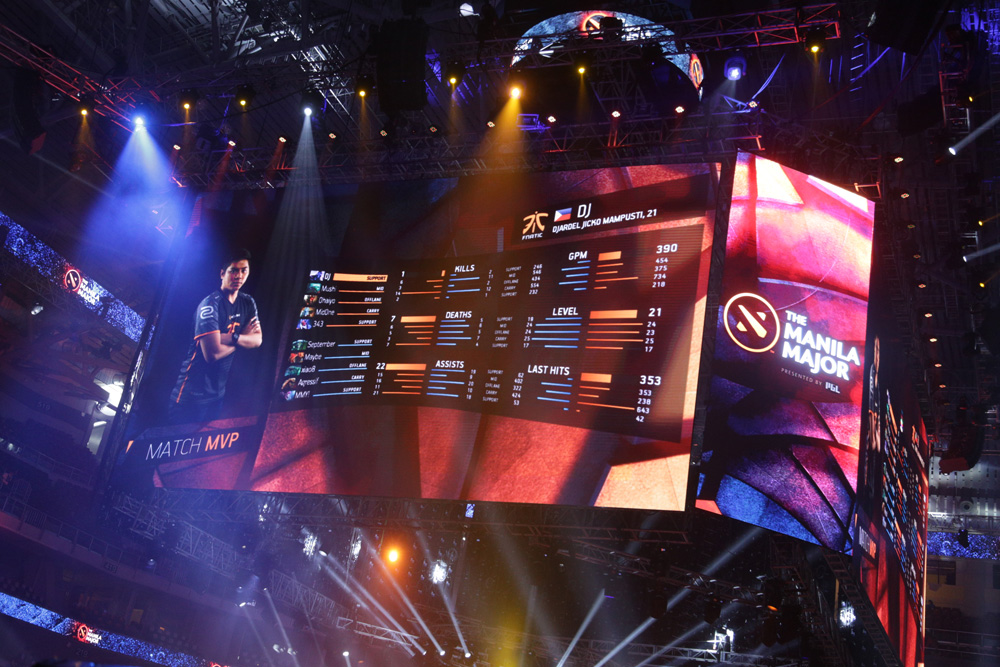 Signals were also combined with PGL's own graphic production, which used DeckLink capture cards for player statistics and scoring overlays. All camera, computer and CGI inputs were standardized using Teranex Express processors to PGL's default 720p 59.94 fps format, before it was moved into a central video router.

Having so much simultaneous action made monitoring more important than usual and also more difficult. Signal monitoring was managed with a package of Blackmagic hardware including SmartView HD preview monitors, Blackmagic Audio Monitor and three MultiView 16s. "Blackmagic's MultiView 16 became a critcal element in delivering onstage coverage of the players. We couldn't monitor ten player cameras and ingest all of the various live graphics feeds via the ATEM alone. Having separate hardware multiviewers made monitoring all of the action much less painful," Vlad said. 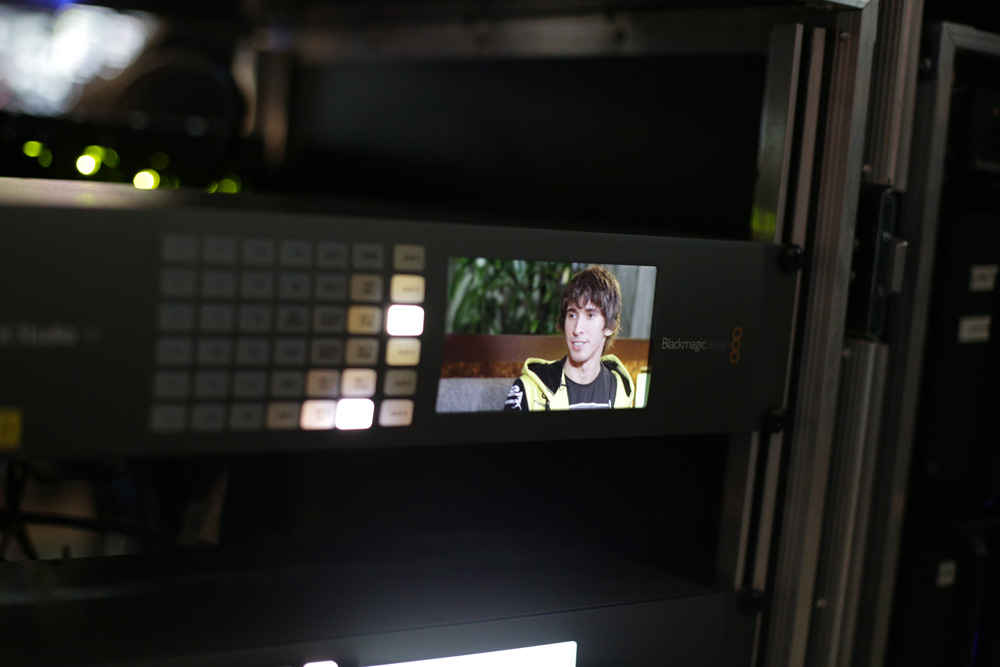 The final live program mix was screened throughout the arena on four 16x9m large scale LED screens and streamed out to a global audience through Twitch.tv and mainstream broadcasters including TV5 in Manila and VIASAT in Poland.

"Capturing special plays that differentiate a great player from a casual one, and complementing this with the live audience reactions, is what is important in capturing sports. But achieving this in eSports is more complex and fast-paced than in traditional sports broadcasting," said Vlad. The Blackmagic hardware helped us develop a very robust system for live production, but in a way that is simple to operate in a high-pressure, live environment."   www.blackmagicdesign.com