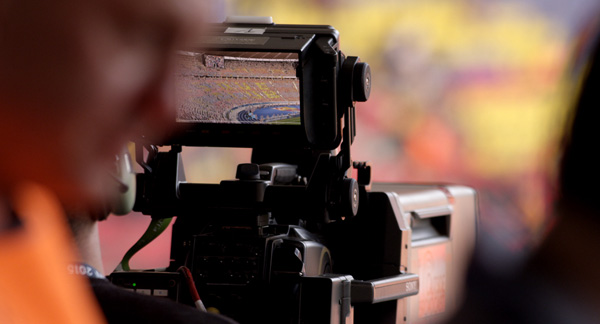 One of PLAZAMEDIA’s productions in particular, a well-known German football talk show called ‘Der Volkswagen Doppelpass’ was to move from traditional OB to remote production. IP was chosen as the most suitable system due to the level of connectivity available between the production site and the broadcast facility, and the significant amount of control needed for the show.

The system now in place includes redundant signal transmission and failsafe transfer of control information. The streams and network components are controlled and monitored via a separate GUI, and the integration of a broadcast control system makes implementation more flexible. It works over standardized WAN connectivity and was designed to operate in mixed mode with uncompressed and J2K encoded signals.

Jürgen Konrad, IP solution designer at PLAZAMEDIA said, “One of the main project drivers was reducing the logistics on location and to simplify the production workflow overall, but we also wanted to upgrade our facilities as we see a lot of benefits in having an IP based infrastructure.” 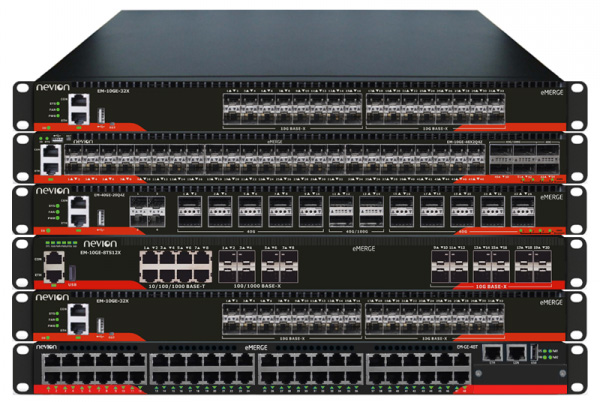 For their talk show, PLAZAMEDIA chose a mix of JPEG2000 and uncompressed (SMPTE2022-6) for the video and MADI for audio. Nevion eMerge Media Routers, which aggregate, switch and forward IP media streams for broadcast, and Media Gateways form the backbone for all real time production, control and management signals. Based on the SMPTE 2022 standards for encapsulating baseband audio and video signals into IP, the Gateways enable the connection between traditional broadcast infrastructure and IP networks.

When using Nevion’s IP system, production sites can be treated as extensions of the main production facility, which means PLAZAMEDIA can locate their production team wherever they work most effectively and best support the workflow. For this example, the director operates from a lean, compact control environment on location - a set in the Hilton out at Munich Airport – while the sound engineer, EVS operator, graphics and camera shading operators remain at the central broadcast facility in Ismaning, a Munich suburb.

For live and remote production, the set was linked up to the PLAZAMEDIA broadcast centre via a redundant carrier line. The two lines with a guaranteed data transfer rate of twice 10Gbit/s are loaded with different bandwidths and data packages to optimise latency, redundancy and quality. 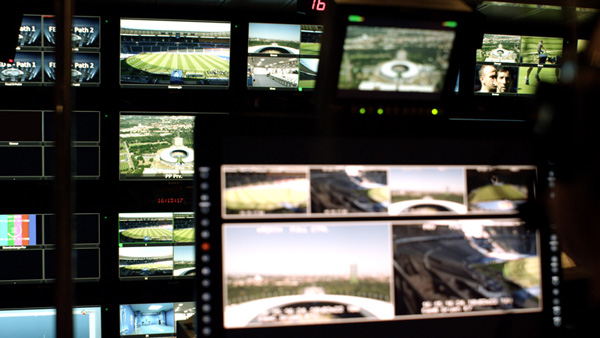 Although OB-unit production normally involves space limitations for equipment inside a vehicle, the remote linkup to the broadcast centre in Ismaning allows PLAZAMEDIA to integrate all kinds of resources and value-added services directly into the production. The parallel transmission of multiple signals into the broadcast centre opens up, among other things, more options for archiving and creating highlights. In the ‘Der Volkswagen Doppelpass’ example, the multiple direct connections from the control room and the use of a file-based infrastructure help the team to react quickly to current events like press conferences or social media trends and incorporate them into the programme.

Remote production has also enabled some completely new workflows for the show. For example, because the operating controls of the vision mixer and the editorial office are situated on site in a conference room while the rest of the hardware remains in Ismaning, the vision controllers and editors can consult as necessary directly on set until just before the show goes on air. Meanwhile, along with the technical signal processing, the audio mixing, server feed, graphics and camera control can be handled in, and entirely confined to, Ismaning.

The fact that transport, management and device control of this set-up include built-in redundancy makes it even more robust and scalable than traditional SDI systems. “To achieve that very robust infrastructure, it was essential to have two redundant wide-area connections carrying the redundant stream transport as well as all the control traffic – and the system does the job safely every Sunday,” Jurgen said. “We went to air with the system for the first time in August and have broadcast the show successfully since then, without issues.”  plazamedia.com