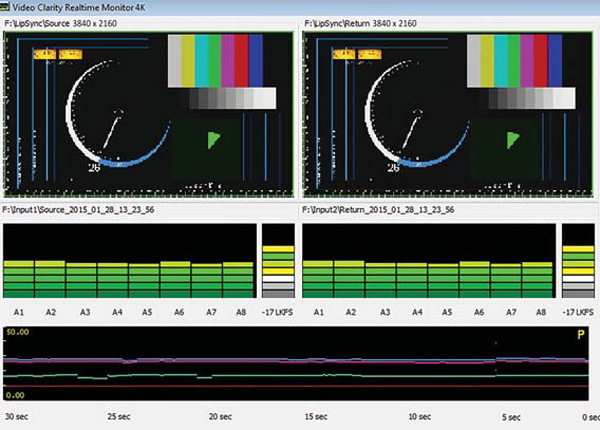 RTM 3.0 helps product developers, program originators and content networks; and television, cable, satellite and IPTV service providers perfect their systems. In particular, IP-network transmission developers can use it to run test routines to check product and network performance while continuously making changes to their IP-delivery networks. While RTM is running, for example, users can apply programmed impairments to the network. RTM 3.0 monitors for artefacts and captures them for visual inspection in the uncompressed video domain. With this capability, users can study the effects of network errors on content and know what to look for in their network-analysis tools that might cause problems for video and audio.

With the MPEG TS recording function, RTM records out-of-threshold uncompressed video and audio and simultaneously captures the same error segments in the corresponding transport streams. Being able to record the MPEG transport stream at the same time as the video or audio errors means users can run a secondary test on the transport layer or correlate the recording to transport tests that are already in place. They can also choose the analysis tool they want to use. 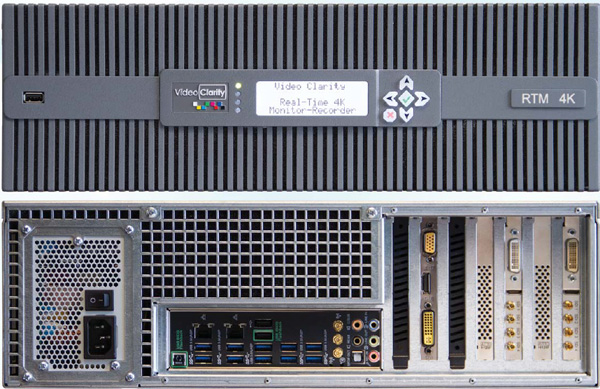 Another improvement is IP-network packet-loss monitoring. With this facility, RTM 3.0 continuously monitors the attached video network to assess network conditions and graphs the results. In this way, users will know whether the basic functionality of their IP streams is intact and can immediately see the effects of any packet loss on video quality which, in turn, might influence the RTM quality score and the error recordings being saved. Results appear as both a red tick mark on the existing graph in the RTM user interface and as a live updated graph on a browser tab in the RTM Manager.

Finally, the new player function enables RTM 3.0 to play full-HD video to the device or network under test at the same time it is comparing that video to its downstream processed version. It also has an independent record function for ingesting video sequences that, after recording, may be played at the time of the RTM test routine. The new play and record functions make extra player hardware unnecessary, saving money and space. This playback function is available only on some RTM models, including all of the 4K models and RTM 3G model RTM-2043.

RTM 3.0 ships with new RTM systems starting in November, and a software update will be available with RTM subscriptions at that time.  www.videoclarity.com