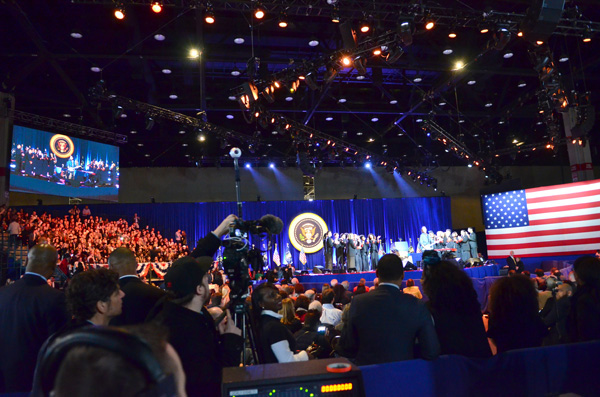 Atomic Imaging film and television production facility in Chicago supplied some of the live event AV services for former US President Obama’s nationally televised farewell speech, which took place on 10 January at McCormick Place in Chicago, one of the largest convention centres in North America.

To cover the event, Atomic Imaging needed to send IMAG, playback and social media content to a large LED wall and three large video projection screens in the main hall, to monitors throughout the main hall and a large overflow ballroom, and also sent feeds to several dozen working technician’s monitors and to the press pools.  The crew used a workflow based on a Blackmagic Design ATEM 2 M/E Broadcast Studio 4K live production switcher and ATEM 2 M/E Broadcast Panel. 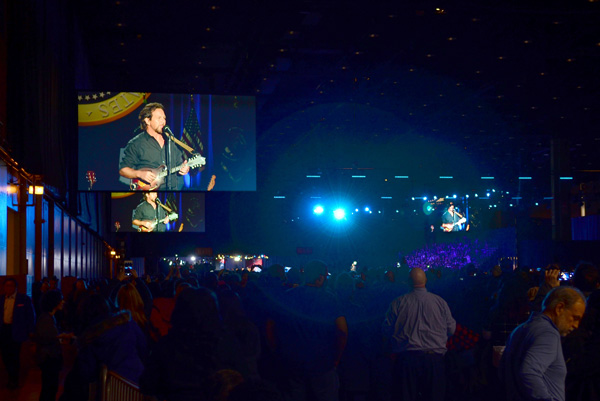 Atomic Imaging is a nimble, full-service organisation and was hired by production company C3 for the event. The company handles an astonishing range of services from all preproduction activities through production, post and delivery, supplies equipment and holds training seminars. Ari Golan, the founder and owner of Atomic Imaging, previously worked for several presidential administrations, and on many feature films, television projects and diverse live events.

“This was a massive event, with media from all over the world, a large security presence and huge numbers of people filling the main hall and overflow room to hear Obama speak. Space was at a premium both inside and outside the halls, so a standard production truck setup would not be a practical option. What it needed was an AV setup that would not only occupy a small footprint but would also be able to answer a lot of video requirements,” said Ari.

Atomic Imaging builds up flypacks for events and, in this case, based their location workflow on the ATEM 2 M/E Broadcast Studio 4K and ATEM 2 M/E Broadcast Panel for switching feeds coming in from cameras around the hall. Supporting Blackmagic hardware comprised a Smart Videohub router, HyperDeck Studio Pro for SSD recording, Teranex Minis and Teranex 3D Processor for converting video feeds, SmartView Duo and SmartView HD monitors, SmartScope Duo 4K for broadcast-quality testing and ATEM Camera Converters and Mini Converters HDMI to SDI 4K for sending signals to press monitors near the stage. Mini Converter Optical Fibre 4K units were also used to connect the HD optical fibre feed to the projectors, a distance of more than 700 feet. 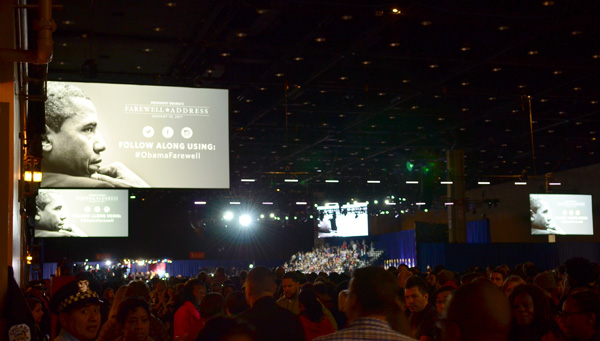 As part of the IMAG feed, Atomic Imaging had to send both social media feeds and effects to one of the larger LED walls in particular, which required setting up its own feed. “We had a completely different task for this screen, for which we were asked to add fader transitions,” said Ari. “We had to do this while managing all of the other feeds and sources for the dozens of press monitors in front of the stage and even the former President’s backstage monitor. These demands allowed no room for error, but I used the ATEM to set up a workflow that involved using a second M/E on the switcher to handle this as a separate process.” ATEM production switchers have an SDK to customise controls.

A changing set of Twitter feeds coming in from around the world was also added to the video feeds. In conjunction with the ATEM switchers, Ari used Atomic Imaging’s own Tweet-Mag proprietary software, a hardware and software-based system that allows attendees at any live event to text or Tweet messages to IMAG screens, monitors and/or projection systems live in real-time. To set up the input and output for the Tweet-Mag system, Atomic Imaging used the Blackmagic UltraStudio 4K capture and playback device. 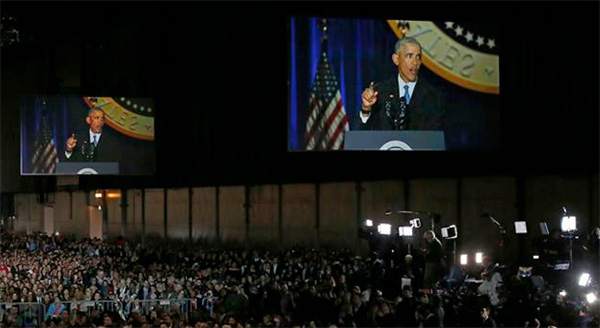 With so many different AV tasks, Ari wanted to do as much preparation as possible beforehand to define and automate the various switching actions. The ATEM 2 M/E Broadcast Studio 4K’s ability to create and save macros meant his team could predefine the more complex configurations of settings as presets, which could be selected with one button as a single command.

He said, “Fortunately, there no miscues at all during the event. We were able to do everything we needed, from switching through the ATEM, converting with Teranex, monitoring the feeds with SmartViews, testing them with SmartScope and sending video over optical fibre, all within the Blackmagic Design workflow, in as small a space as possible.”  www.blackmagicdesign.com