titling from NewBlueFX, and lends its transcoders to TMD’s asset
management platforms for proxy generation.

TMD, a developer of asset management systems for digital and physical assets, has formed an agreement withTelestreamto implement transcoding from theVantagemedia processing platform within its systems. Instances of Vantage software have been embedded within TMD’sMediaflex-Unified Media Servicesplatform, that allow users to create low-resolutionproxy fileswithout calling on external devices. 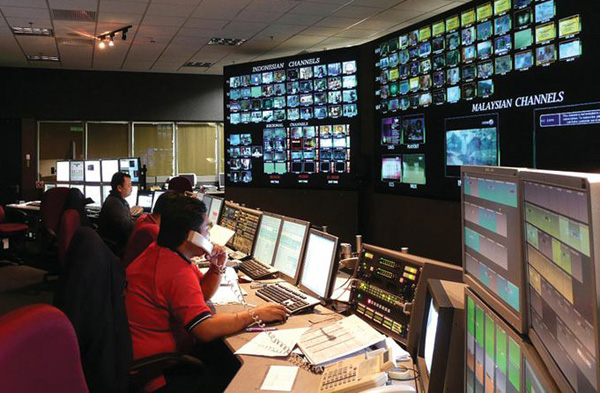 Creating numerous regional variations for national spots can be time-consuming and expensive. Telestream’s Post Producer Titler Engine automates the creation of these assets, inserting appropriate local content and outputting the customised versions without human intervention. This functionality for file-based content creation is similar to what broadcast titling systems do for live over-the-air broadcasts. But in the case of multi-platform distribution, involving many more versions, automation speeds up a tedious process and reduces the possibility of error. 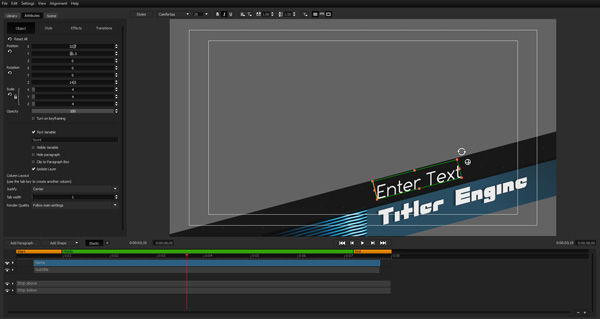 NewBlueFX is a recognised developer of software for editors who need to correct and enhance video, and add effects, titles and transitions. Title templates are created with theNewBlueFX Titler Protitle editing software, which the company markets as a plug-in for NLE applications like Adobe Premiere CC and Avid Media Composer, or as a multi-platform standalone editing tool.

Titler Pro’s interface makes producing high resolution, sophisticated motion graphics fairly straightforward and will result in aconsistent design, adding style and variation to the automated process. The title templates are saved and then fed into the Titler Engine where users have control overcolour, animations, fontsandpositional data.

Titler Engine uses metadata to create hundreds of full-resolution, animated text-overlay, partial or full-screen elements that are assembled dynamically, as part of a Vantage Post Producer automation workflow. Users can submit anExcel CSVfile that contains the text variations into a Vantage workflow, from which Post Producer creates individual files for each iteration, and deliver them for playout or for use in other Vantage workflows.