Field Cameraman Employs Dejero to Deliver Live from All Locations

Field Cameraman Employs Dejero to Deliver Live from All Locations 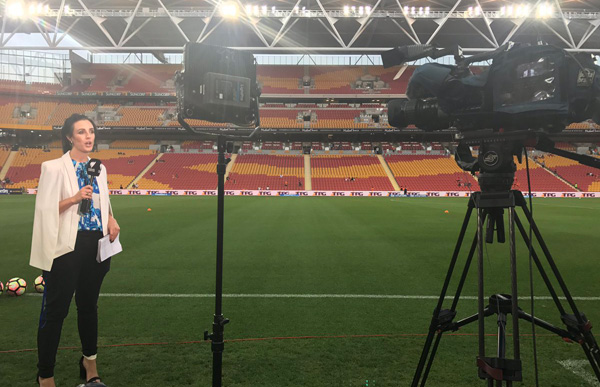 Freelance Australian cameraman Rick Sproxton can now supply live news video from most news sites directly to five of his network clients, including the Nine Network Australia, Network Ten and SBS. He uses bonded cellular, Wi-Fi and portable satellite connections that he can set up on location using three Dejero transmitters.

Bonding supports the delivery of live HD broadcast quality content that can immediately go to air in spite of challenging cellular network conditions, with very low latency. Dejero is a specialist developer of cloud systems built to ease the transport of live video and real-time data across remote or mobile IP networks. Rick chose Dejero due to its ease of use, menu-driven user interface, and the ability to remotely control the unit through a smartphone. 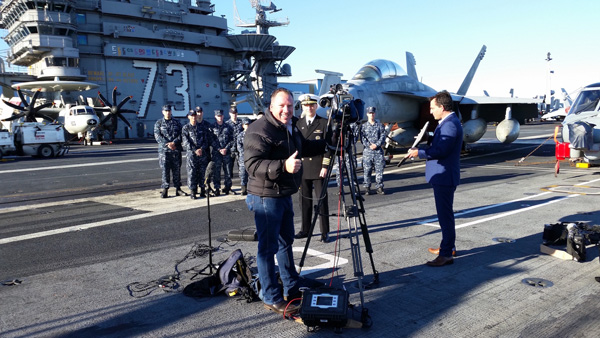 He said, “Because the networks are under pressure to cut budgets and reduce infrastructure, I decided control the video delivery chain myself. With the GoBox and two EnGo mobile transmitters I can transmit footage at high quality, in as short a time as is possible given the location and time of transmission. The ability to feed video from the field while on the road means I can move from job to job as necessary, which is handy when I have days that are booked up from 3am to 9pm.”

Rick has used the Dejero equipment in a variety of scenarios, for example, supplying live G20 summit footage to networks whose trucks weren’t permitted to access Brisbane airport. He also uses it to shoot footage as part of The Project that airs on Network Ten, often requiring the shooting of interviews at short notice with a range of different people, in a variety of remote and built-up locations. The Dejero kit has also served to feed live content from A-League soccer matches for SBS.

Rick has recently become a licensed drone pilot. With transmitters’ integrated HDMI input and the DJI Inspire 2 broadcast link, he can transmit live aerials to the networks in 1080i50 for immediate broadcast. He can also record footage directly on the mobile transmitter and transfer it with the Store & Forward function to the Dejero server without extra video conversion required in the workflow. 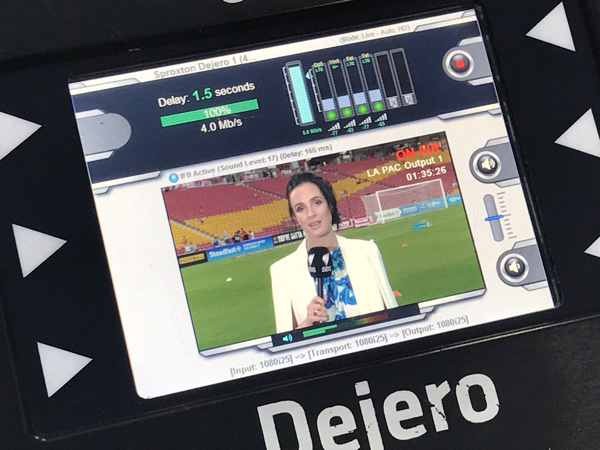 Store & Forward works using two encoders - one streams live and the other records the stream onto the transmitter’s hard drive. Regardless of the available bandwidth, the stream is stored on this drive at the same quality as the camera output. Should the live transmission be compromised, for later broadcasts it isn’t necessary to rely on the live feed recorded on the server back in the studio – the higher quality recording stored on the transmitter's drive may be used instead. When the live shot is complete, you can use the transmitter to send the recorded footage back to the station immediately via FTP for playout to air, possibly while the newscast is still underway. www.dejero.com