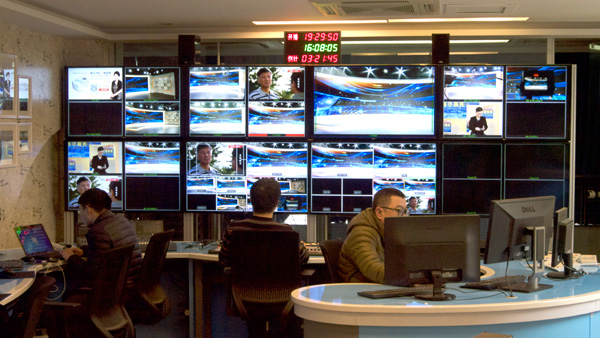 Wuhan TV is a sub provincial level network in Wuhan, capital of Hubei Province, with eight television channels and five radio channels that started HD and SD simulcast in 2012. After recently completing construction of its HD post-production network and acquiring a 12-camera HD OB van, Wuhan TV built its first full HD studio at the end of 2016 to prepare for the changes occurring to its broadcasting processes. This new 280sqm studio will be used to produce Wuhan TV’s main live news program 'Wuhan News' and a number of other programs.

”We have installed a system of Blackmagic Design equipment for the new HD studio, including studio cameras, switchers, recorders and monitors. Most of these products are actually 4K products, which made a better investment because they will suit both the current HD projects now and higher resolution productions in the future. Even so, the cost of the equipment was actually lower than the HD products of other brands,” said Lu Hui, Production Centre engineer at Wuhan TV.

To protect the signal paths, all sources from both inside and outside the studio, including the five Blackmagic Studio Camera 4Ks, are connected to both an ATEM 2 M/E Production Studio 4K switcher and Universal Videohub 72. The Videohub not only serves as a video router handling all of the signal management throughout the studio, but also as a redundant unit for the switcher. 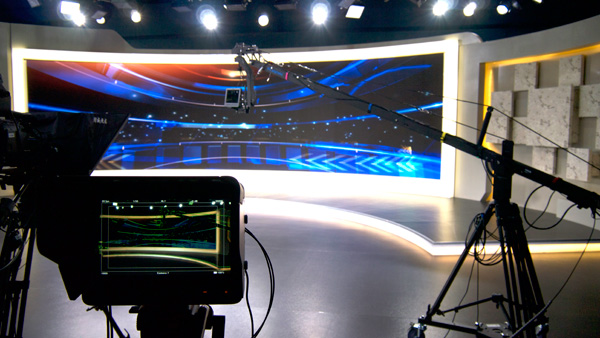 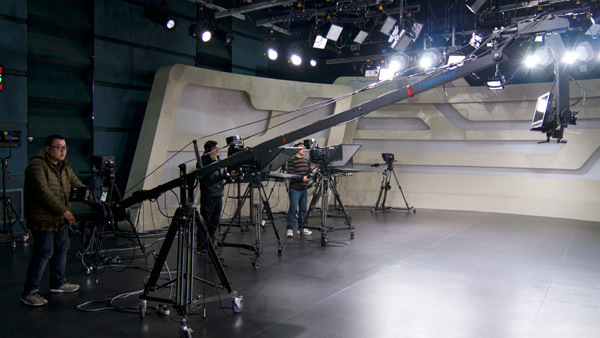 Any feed from outside the studio, like those supplied by the broadcast department or a 4G feed sent in by a reporter on location, goes through a Teranex 2D for frame sync and audio de-embedding, as well as standard conversions when needed. The resulting signal is sent to the ATEM switcher and Universal Videohub via the two outputs on the Teranex 2D.

“Before we had the Teranex 2D we had to use several conversion boards, each for a specific type of conversion. Now, in contrast, we can carry out up to 1,089 conversions and image enhancements in the one box, and handle frame sync and audio de embedding as well,” said Lu. “The Teranex 2D’s built in LCD screen on the front panel is very helpful because we can monitor the incoming signal without using an external monitor.”

An ATEM 1 M/E Production Studio 4K switcher is used to mix the program feed from the 2 M/E switcher with feeds from character generators and graphics systems. For redundancy, one of the Universal Videohub 72’s ports is a dedicated backup output, which goes into a fail safe routing switch along with the program feed from the ATEM 1 M/E switcher. A Blackmagic OpenGear Converter Audio to SDI embeds the audio feed from the audio mixer into the fail safe switch output. The resulting feed is then sent to the broadcasting system via optical fibre. 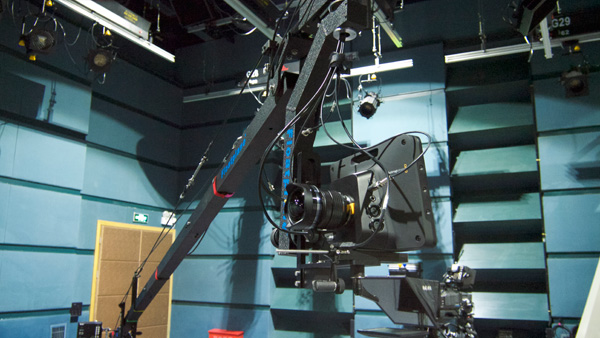 Lu said, “The ATEM switchers have been integrated with so much built-in functionality such as tally, talkback and feedback that it’s very easy for us to use and maintain. We can connect the Blackmagic Studio Camera 4K to the ATEM switcher with a single two-core optical fibre cable and we are all set.”

A HyperDeck Studio is used to record the master and also serves as a source – again, connected via a Teranex 2D to both the ATEM switcher and Universal Videohub 72. On the technical director's seat are an ATEM 2 M/E Broadcast Panel and an ATEM 1 M/E Broadcast Panel for controlling each of the two ATEM switchers, as well as a Videohub Smart Control panel for the technical director to control the Universal Videohub 72 in the event of main video mixing equipment failure.

For technical waveform monitoring, a SmartScope Duo 4K is installed on the monitoring seat, while the operator uses a Videohub Smart Control to choose any source connected to the Universal Videohub 72. Unlike traditional camera control, the five Studio Camera 4Ks are controlled by adjusting the settings such as black level, iris and color balance on the ATEM Software Control Panel running on a computer. 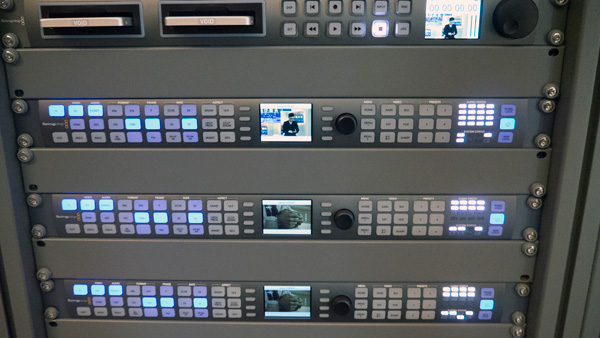 “The ATEM Software Control Panel not only is the CCU to control studio cameras, but also is the software app we use to set up the ATEM switchers, manage the media pool and can even be used as a backup for the hardware ATEM control panel,” said Lu. “In fact, most of the Blackmagic products including the switchers, converters and video routers can all be connected to the same Ethernet switch and be managed and controlled on straightforward software with a familiar interface.”  www.blackmagicdesign.com