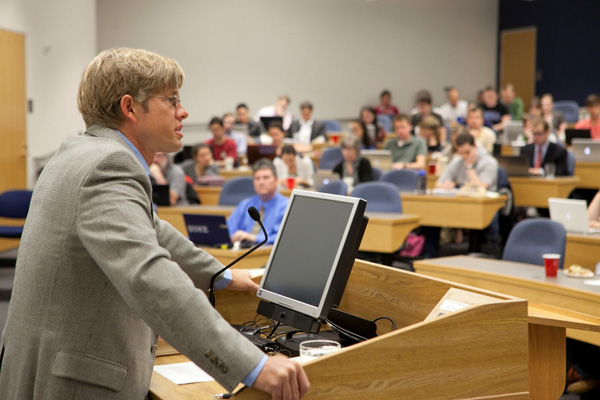 Indiana University is among the United States' top ten universities and operates more than 600 courses from eight campuses across the state. For the last five years, the university has used hardware and PC-based software lecture capture systems to cover their classes. The systems were proprietary, challenging to operate and maintain, and because they were often expensive, not every room could be equipped for lecture capture. They also lacked media management tools and options for integrating other video content into their environments.

Indiana University decided to replace their lecture capture systems with a centralised system that was more modern, more flexible and low maintenance. They were also interested in building a system that met the expectations of the different users - the administrators wanted easy-to-use, interoperable open standard systems, the professors wanted to focus on teaching with minimal interaction with the equipment, and the students wanted to access lectures externally so that they had the choice to learn at any time. 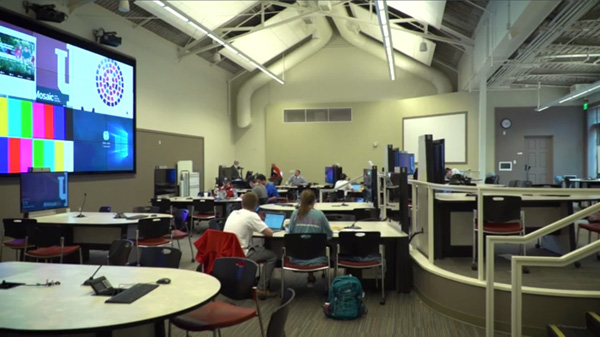 Overall, the university’s main goal was to install lecture capture in every classroom, and to maintain a centralized video management system that was flexible and scalable to keep up with future demands.

First, when they evaluated video management systems, they decided on Kaltura due to its Open Capture standard support, compatible media management and options for wide distribution. Because of its software flexibility, Kaltura makes it possible to record in all classrooms, not just the major auditoriums, and manage all the recordings from from any Open Capture standard-compatible hardware, in one place. The application includes editing and captioning tools for customisation.

The user interface is very simple, initiating recordings in a single click and managing deployment on any type of Windows computer. All cameras and screen captures are recorded in 1080p HD and can be scheduled in advance, or made as required. The upload happens automatically in the background, before publishing directly to the courses. 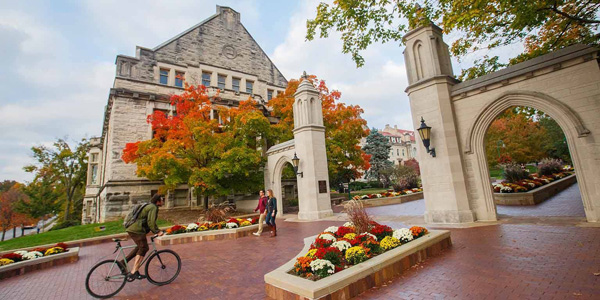 The university can use the same Kaltura platform for lecture or personal capture or VOD, and share the videos across the campus for teaching and learning, marketing, admissions and so on. The latest course recordings are always available to students in the university’s Canvas learning management system, accessible from anywhere.

Once the Kaltura video platform had been in place for three years, the university realised next step was to find a compatible encoder to replace the previous hardware-based lecture room capture systems. Typically, the university uses appliances to capture lectures in large, complex classes with 70 to 300 students, as well as auditoriums, that require multiple-source capture, higher quality videos and reliability that, in fact, can only be achieved with an appliance. Indiana University tested nine different products before choosing the Matrox Monarch LCS H.264 encoder.

Apart from being easy to set up and maintain, the Monarch LCS outputs high quality video and supports dual-channel operation with frame synchronization, which works well for multiple-stream applications like Kaltura. It also promotes interoperability by using the open standard H.264 codec, and because the initial investment was low enough and no annual fees are involved, the university has been able to increase the number of classrooms equipped with lecture capture appliances. 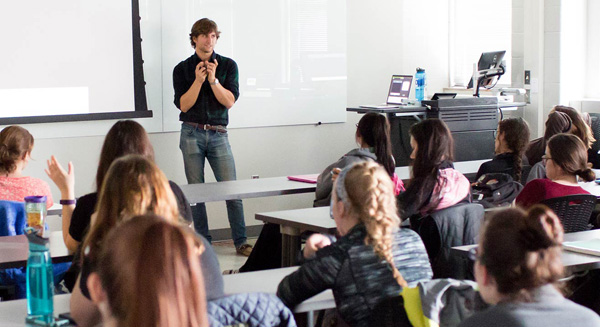 Of particular interest is the way the University has used the integration between the Monarch LCS appliances and the Kaltura Lecture Capture software and video platform. By integrating Monarch LCS’s scheduling functionality into the Kaltura video platform, intervention from the professor or operator is now unnecessary. In effect, the Monarch LCS-Kaltura integration keeps the management software and hardware processing in continuous communication. When a network schedule is loaded in a Monarch LCS, it will automatically start and stop streaming and recording events at the slated times.

Events to be scheduled are entered through the Kaltura MediaSpace user interface, either before or during a semester. These events can be changed, added or removed at any time, and meanwhile the Monarch LCS picks up the updates automatically.

The lectures’ in-room camera and the instructor's lecture content - for example, PowerPoint slides and other graphics - are captured with the Monarch LCS in dual-isolated mode. This independence makes several interactive viewing options, such as picture-in-picture and side-by-side, available during playback through the Kaltura multi-stream player, while keeping the audio and video synced, so that students can control how they view the material. 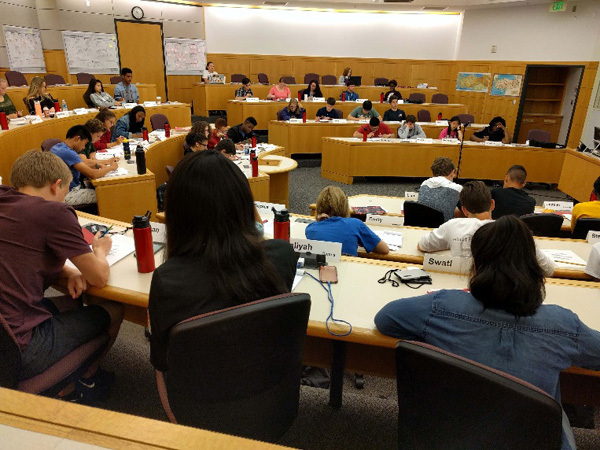 After the lectures are recorded, either locally to an SD card or USB attached storage, the Monarch LCS transfers the files over the network to Kaltura, accompanied by an XML metadata file containing the video file names, length, professor’s name and other information to be displayed on the web page where the video is hosted. Kaltura transcodes the videos to different formats and resolutions, and automatically publishes them onto the university’s Canvas learning management system, which is easy to access and available to them from anywhere. From there, lectures can be viewed using different devices - Apple, Android, PC, Mac and so on.

Maths, science and economics courses were among the classrooms that were first equipped with Monarch LCS. The units are unobtrusive and practically invisible to the professors and students. Each classroom set-up is a little different and has up to nine video sources—document cameras, auto-tracking PTZ cameras, PowerPoints, Blu Ray player, DVD player and others — connected to a video switcher with an HDMI out that the Monarch encoder can accept.

The supporting material loaded onto a laptop is connected directly to the Monarch LCS’s second HDMI input. The professors use a Crestron or other controller on a lectern to select which video source they want, when they need it.

Kaltura Lecture Capture software is installed on computers for software-based lecture capture in other classrooms, as well as faculty devices for recording preparatory materials in professors’ offices. Since it can be used on ordinary PCs, it is a low-cost option for mass deployment in smaller classes, as well as integrating with the Monarch LSC appliances in the larger classrooms.

James Scott McGookey, manager of collaboration technologies at Indiana University said, “Matrox Monarch LCS gives us the dual-input lecture capture we need in many of our classrooms. Small enough to fit in our lecterns, it records automatically so our faculty don’t have to worry about starting and stopping the process.

“Matrox’s Kaltura integration has been a key differentiator for the University. Having lecture capture integrated with our institutional video management has driven adoption significantly, and the associated automation has reduced costs at the same time.”   www.matrox.com