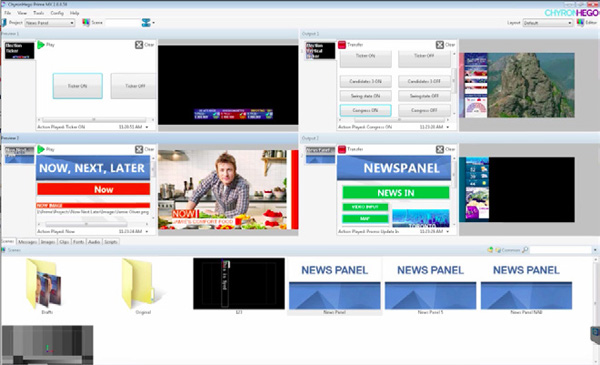 These updates bring the ChyronHego PRIME channel branding system up to date as a 4K-ready, 3D graphics authoring and playout system.

The PRIME Graphics video engine is the core of the PRIME ecosystem, a resolution-agnostic, 64-bit rendering engine based on GPU and CPU rendering power, which makes it independent of a frame buffer, and able to automatically take advantage of in GPU and CPU developments. 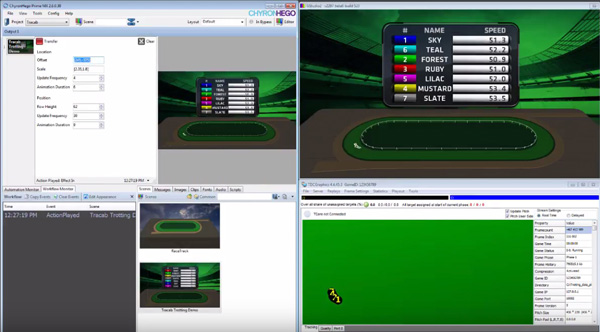 With PRIME Graphics 2.6, PRIME Designer now includes support for 16-bit colour on all channels and full, 10-bit I/O. Users have a new Scene Camera effect to add several cameras to a scene, and an Inline Text effect to apply scene objects to text objects such as crawls. They also have a wider choice of codecs for recording their inputs. 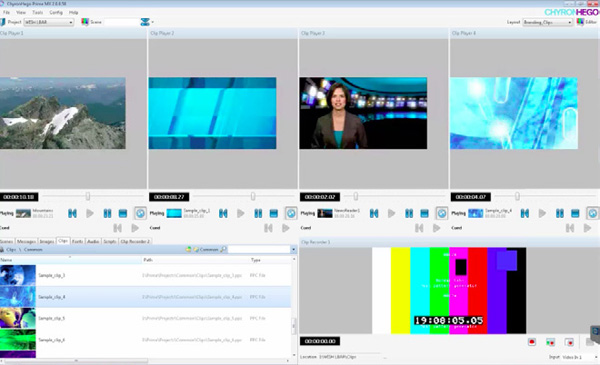 Completely software-based, the branding package can run on a system with an 8-channel I/O frame buffer for multichannel graphics and multiple independent clip payout integration into the video facility. 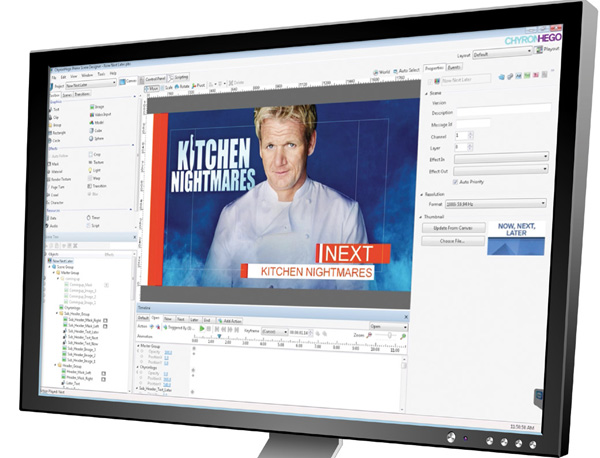 PRIME Clips, the clips package, maintains this open, flexible architecture of the PRIME ecosystem. It has a Broadcast Clip Player that can be used on the same system alongside PRIME branding, playing out up to six channels of video from one server with user-defined clip transitions. The material can be combinations of pre-rendered clips and dynamic assets, such as text and graphics treated as layered clips, resulting in more options during production and playout. 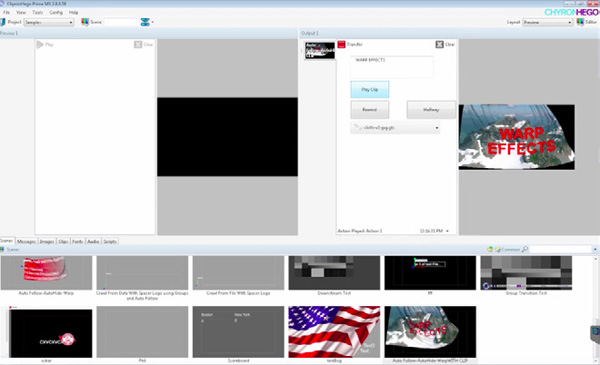 PRIME Interactive is a graphics-driven touch-screen for news and sports reporters who want to use interactive presentations to better engage audiences. PRIME Graphics 2.6 adds touch-screen functionality to PRIME Interactive, including a new tube object and embedded Lua and shader editors. Finally, PRIME Workflow integrates with and extends ChyronHego's content distribution and syncing tools for workflows.  www.chyronhego.com