ChyronHego has appointed Marco Lopez as CEO. The company's former president and CEO, Johan Apel, will continue serving the company as executive chairman of the board with an emphasis on ChyronHego's expertise in sports systems. Bringing an expanded focus on the broadcast industry, Marco joins ChyronHego from Grass Valley, where he most recently served as president.

"In recent years, ChyronHego has made tremendous inroads in the sports world. For example, we're now an industry leader for in-stadium media and sports tracking/analysis systems," said Johan Apel. "With the start of 2018, our investment in these sports developments, such as the TRACAB tracking system, will bring excellent opportunities to our customers by allowing them to achieve greater viewer engagement and retention. Furthermore, our virtualized software and IP-based systems have now been proven in several broadcast environments and are ready to drive greater flexibility while reducing costs within almost any broadcast operation.

"With this change in our executive team, Marco will apply his extensive experience and powerful leadership skills to grow our business among broadcast customers, while I will work with the team to continue expanding our worldwide presence in sports. I look forward to working with Marco very much as we enter this new growth phase." 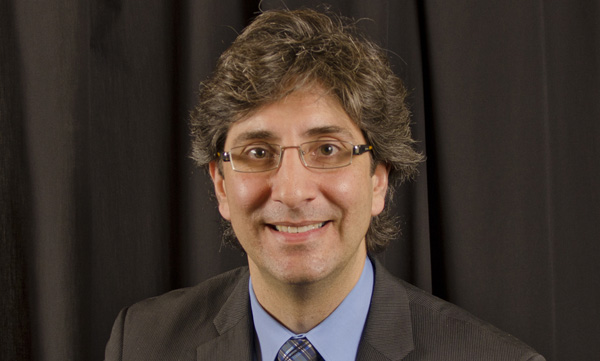 Marco was appointed president of Grass Valley in 2012, overseeing the company's worldwide operations. He first joined Miranda Technologies in 2005 as vice president of product development, leading product management across Miranda's entire product portfolio. During the ensuing years, he took on broader responsibilities that included research and development, product strategy and customer support as a product unit vice president. In 2010, he was named senior vice president, continuing in that role through the company's acquisition by Belden Inc in 2012.

Prior to joining Miranda, Marco served 11 years in the video products group of Matrox Electronics, most recently as senior director of sales and marketing. He also served as director of products at Matrox, responsible for product management, applications engineering, and customer support. He graduated with distinction from Concordia University in Montreal with a degree in computer engineering. He holds an elected position on the IABM's board of directors.

Marco commented, "The broadcast industry is continuing to shift at a rapid pace from proprietary hardware to software-based workflows running in commodity IT-based environments. With strategic solutions like the highly successful CAMIO Universe, ChyronHego has foreseen the software-driven future and is poised for explosive growth, particularly in the broadcast segment. I could not be more pleased to join ChyronHego at such a promising time, and I look forward to working with Vector Capital, Johan and the entire team."  www.chyronhego.com