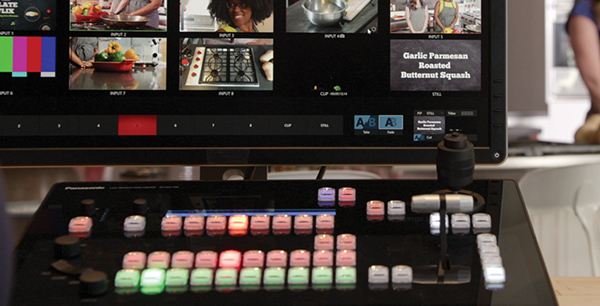 NDI (Network Device Interface), the standard developed by NewTek, allows distribution of video across network infrastructure instead of specialised video hardware. Video-compatible products can communicate, deliver and receive broadcast quality video at high quality and low latency, making it frame-accurate and suitable for switching in a live production environment.  Although IP video protocols such as SMPTE 2110 often need 10 Gigabit networks, NDI is designed to run over existing 1 Gigabit networks in order to make the protocol somewhat easier to adopt without new hardware. This is possible due to video data compression with NDI's codec. 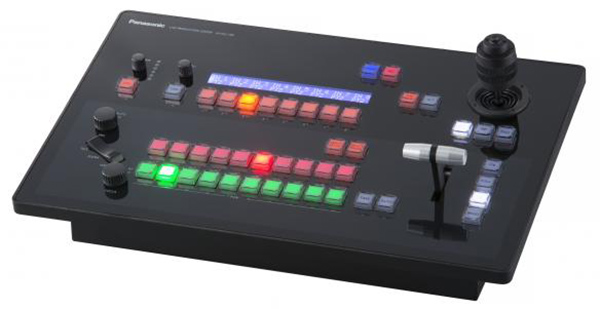 Panasonic's AV-HLC100 acts as a hybrid device, bridging SDI/HDMI baseband inputs and outputs, with NDI inputs and outputs, thereby easing the transition to IP systems. It also supports many NTSC and PAL video formats including 3G-SDI video in 1080/59.94p and 1080/50p, and enables cross-conversation on the inputs. The eight total inputs can be configured with a choice of SDI, HDMI and NDI to match the production environment. There are two SDI outputs, with associated NDI outputs. Output 1 is the program output. Output 2 can be assigned to program, preview or to an AUX bus. The AUX bus is useful as an independent secondary output for clean recording or alternate feed.

The HLC100 Center works directly with Panasonic PTZ and systems cameras, discovering and deploying them automatically using IP video transport, or SDI. It will work with all NDI and NDI|HX capable video sources. NDI HX, which is version 3.0, has a lower data rate codec that can be used more easily over Wifi. 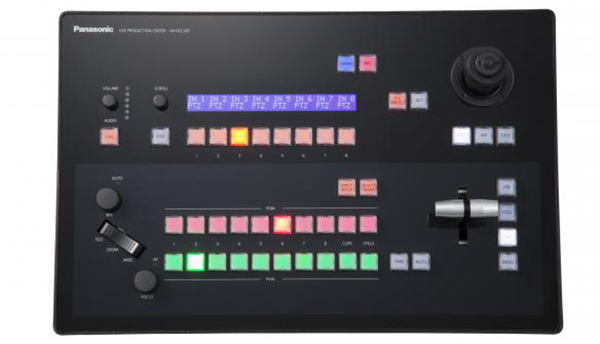 For remote camera operation, the single operator can carry out the HLC100’s connection and settings quite fast using the Easy IP connection function, or automatically if the connection is to an NDI-enabled camera. Pan, tilt, zoom and focus operations may be performed with one hand. Up to 100 camera presets, plus those that photographers use routinely, can be executed from the hardware panel or on the user interface. For complex settings, a quick short-cut to the camera web interface accesses almost any setting in a Panasonic PTZ camera.

The HLC100 also supports RTMP (Real-Time Messaging Protocol) to directly upload to a number of live streaming services simultaneously, including YouTube Live and Facebook Live. Most common streaming destinations are preconfigured in a simple menu, with customization. Streamed footage can be streamed and recorded at the same time for archiving.

A large set of video effects is available to speed up live production, including a title function with a design template, a clip player in which video and still image data can be used as materials, still image storage, PinP and many different transition patterns including 3D-DVE patterns. Users can also load built-in preset looks and styles, manipulate title components and use eight preset slots to  move between looks. Skype TX, a specialized video production version of Skype, can be used for remote interviews to use in live events and webinars.

The audio mixer functionality has a maximum of nine inputs, assignable as a combination of embedded audio on SDI or NDI and mic/line inputs. Each input includes a seven-band equalizer, compressor and delay control, with a visual mixer interface for precise monitoring and adjustment of audio levels.

The customisable hardware panel for camera control, switching and audio mixing has crosspoint buttons for up to eight video systems. Because of its ability to handle IP input and output, the HLC100 can live stream and record, both over IP. As well as this panel is a new software user interface that handles multiview monitoring, graphics overlay insertions, media players, audio mixers and so on.

The AV-HLC100 Live Production Center is available in April 2018. business.panasonc.com