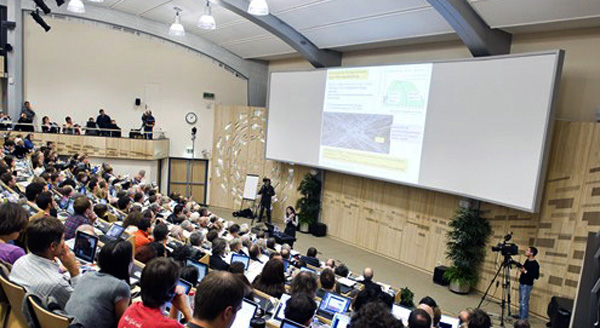 The European Organisation for Nuclear Research (CERN), located on the French-Swiss border near Geneva, has been recognised for its work in particle physics for over 60 years. Throughout this period, CERN has grown to include 22 member states and continued to contribute to scientific dialogue between the countries.

As a major centre for particle physics research, it is the location some of the world’s most sophisticated research equipment, such as the Large Hadron Collider, a 27km particle accelerator buried 100m underground, which has been instrumental in analysing the way particles interact with one another.

The centre maintains 260 conference rooms, some of which have been webcast-enabled, and wanted to find a way to deliver the same experience to participants watching from outside as the CERN scientists watching at the venue. Marek Domaracky, senior video manager at the centre's IT department, looked for a system that would capture and deliver both the speaker and presentation material simultaneously. CERN had been using a PC, two capture cards, an encoder and separate control software to share seminars online via video conference.

However, as it was put together from components, this set-up was cumbersome and its performance was sometimes unreliable. Wanting to simplify the streaming process, Marek's department needed a standalone appliance, capable of starting and stopping streaming and recording independent of the stream. This would allow them to only record the presentation itself and not the setup and transition between speakers. 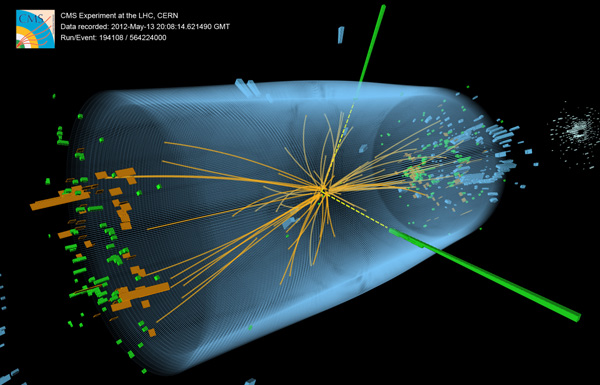 Update on the search for the Higgs boson seminar by the ATLAS and CMS experiments at CERN on 4 July 2012.

CERN holds regular back-to-back lectures, but found that a continuous webcast was required to avoid disconnecting viewers during the downtime between presentations. Aiming to make their presentations more accessible and usable to their worldwide audience, the system needed to be reliable, flexible and allow them to minimise the hardware in their set-up.

Marek chose the Matrox Monarch HD H.264 hardware encoder after finding that none of the other systems he tested could maintain an uninterrupted stream, while at the same time starting and stopping recordings without losing the viewers in the process. Equally important, Monarch HD allowed CERN to independently start and stop recordings, and meanwhile maintain the live stream.

The auditoriums are equipped with two Monarch HD appliances, each connected to a switcher via HDMI. Some of the auditoriums have an SDI camera. In those cases they are hooked up to a Monarch HDX unit, capable of accepting signals from HDMI or SDI sources. In both cases, a mixer is used to control the volume of all the presenters’ microphones. Output from the mixer is then sent to the speakers in the auditorium and a second output is sent to Monarch’s analogue stereo input. 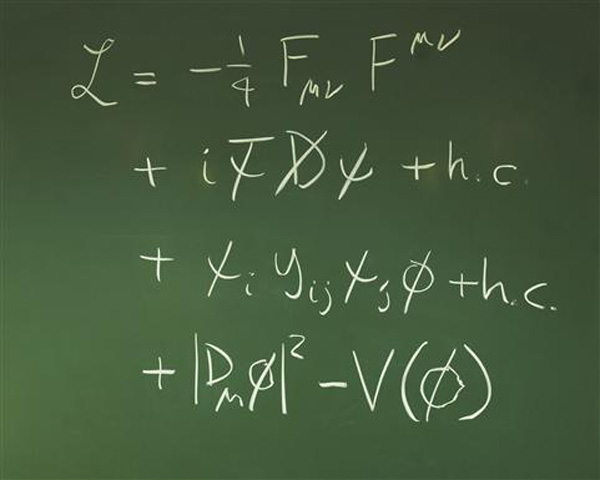 This formula is a compact encoding of the Standard Model of particle physics describing the fundamental interactions between elementary particles.

Monarch HD’s API was a key factor because CERN integrators could use it to develop a web interface to control recording operations remotely. “For us, remote management was necessary,” said Marek. “Two to three webcasts may be taking place at the same time without enough technicians available at the centre to attend to every room. The Matrox API allowed us to work around this problem with remote access.”

From an external office, an operator can monitor the live webcasts throughout the day and determine when to start or stop the recordings, which can be done via the API-based web interface. The Monarch appliances push the regular, daily webcasts in RTMP to a Wowza Media Server installed at CERN, while more high-profile events are sent to the Limelight Networks CDN to reach larger audiences online.

Through the API, Monarch was also set up to record conferences directly to shared storage on the local network. When lectures are conducted off site, they are saved to an attached USB storage and transferred to the network at a later time. Recordings are then uploaded to CERN’s own video portal, developed in-house, which gives participants control over their viewing mode – they can either watch the presenter or the lecture notes full-screen, or adopt a side-by-side view.

Thousands of worldwide viewers can tune into any live webcast from CERN, such as the announcement of the Higgs boson discovery, which earned the scientists who proposed its existence the 2013 Nobel Prize in Physics. This webcast yielded 50,000 views simultaneously and almost a million views on demand.

“Matrox Monarch encoders have helped us to continue and improve on our mission of furthering knowledge both within the scientific community and the general public,” Marek Domaracky said. “CERN needs to follow thorough selection process and the Matrox products met our requirements in terms of both specifications and cost.”   www.matrox.com