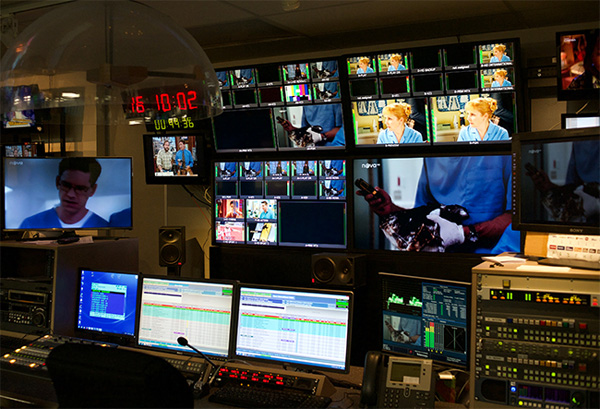 Australian Broadcasting Corporation, ABC, is installing Apantac TAHOMA T# Multiviewers as part of its nationwide news studio systems upgrade at all twelve of its studios. Handling the project as a turnkey systems integration, Apantac worked with local broadcast systems specialist Techtel to organise the customised installation of a large group of the multiviewers in ABC control rooms across Australia.

Specifically, Apantac developed an interface between its T# Multiviewers and the Grass Valley Karrera K-Frame switcher housed at each studio. This software integration sets up a level of communication between the switchers and the multiviewers that forms a direct synchronisation between the two systems. The integration allows the T# Multiviewers to sync directly with the K-Frame, so that all source, UMD device naming and labels as well as auxiliary source setting changes on the switcher are automatically populated on the T# multiviewer output windows.

This makes sure that the monitor wall, driven by the Apantac T# mulitivewers and fed by the switcher, is automatically updated to reflect the display information that continually changes as switching events occur.

The T# Multiviewers were developed for flexibility and versatility. With the T#, a facility can build the Multiviewer that they need by choosing from a selection of input and output boards to suit different formats, or from a selection of pre-configured models. Plus, users can mix and match a variety of signal types - SDI, HDMI, IP, Fibre, HDBaseT and others - for multiple image display processing and monitoring on displays, without resorting to external conversion.

In order to future-proof custom integrations like this one, T# has a high bandwidth, universal mid plane architecture that allows most types of future format to be added by plugging in a new hot swappable input board.   www.apantac.com.