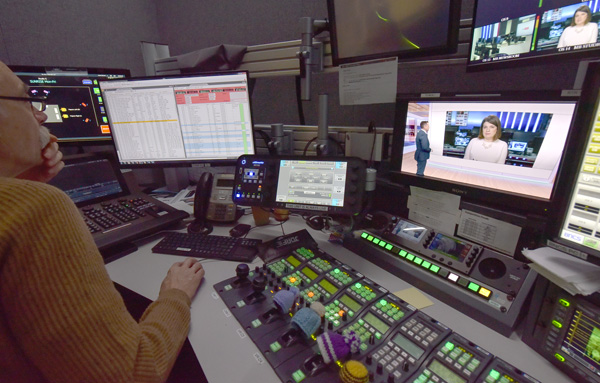 Sky News UK has undergone a major relocation project, which involved shifting production operations to new studio facilities within Sky Campus in West London. The move was a chance to improve Sky News’ virtual news studio, built with a three-walled greenscreen that takes up about half of the studio to support a realistic 3D VR environment. Within the virtual set is a video wall that can be deployed for welcome sequences, lead item discussions, correspondent reports, sports bulletins and weather forecasts.

At the new location, Sky news has integrated a series of Blackmagic Design Ultimatte 12 compositing processors to produce dynamic virtual studio segments for its 24 hour rolling news cycle, in particular for the ‘Sunrise’ breakfast programming. The installation includes an Ultimatte Smart Remote 4, which controls up to eight Ultimatte units via Ethernet. 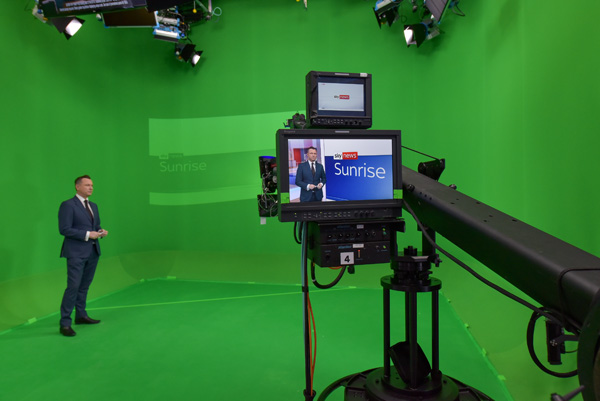 “Our main aim was not only to maintain high production values, but also to remain competitive. We want to make sure that we're equipped to really make our news output stand out by creating depth, scale and variety when presenting,” said Ben Wickham, head of studio output, Sky News. “We chose Ultimatte 12 primarily because of its precision, wide colour space and real time image processing. It’s critical that any VR elements we introduce into the studio's productions look real and as authentically integrated into the set as possible.

He stressed that Ultimatte’s very clean keying and spill suppression are also essential factors. “As well as a range of different presenters’ hair colours, skin tones and clothing, it has to deal with changes in camera angle, and with greenspill from the three walls on presenters’ heads and shoes. The Ultimatte doesn't rely on settings but handles edges and colour separation in real time, which means that we can be confident of the results on screen, even when the running order includes many different VR studio slots,” he said.

News programming in the studio is captured by five cameras, including two dedicated VR units. One is on a jib and the other is a pedestal unit operated remotely from the gallery. “Our VR elements have to be as flexible as possible, so that we can cut between our VR camera signals and also transition between the virtual set and the presenters’ desk in the other half of the studio,” Ben said. “The integration between studio set and VR cameras has to be invisible to viewers.”

Sky News has begun expanding its use of VR with Ultimatte 12 with enhancements to its editorial news elements. For example, they are creating a series of real life locations as backgrounds to recreate timelines of key news events. “Often we simply can’t film in these locations live, as they may still be hazardous, or active crime scenes. However, by constructing a virtual recreation, we can show a presenter walking through the scene, giving the story an added dimension,” said Ben. www.blackmagicdesign.com