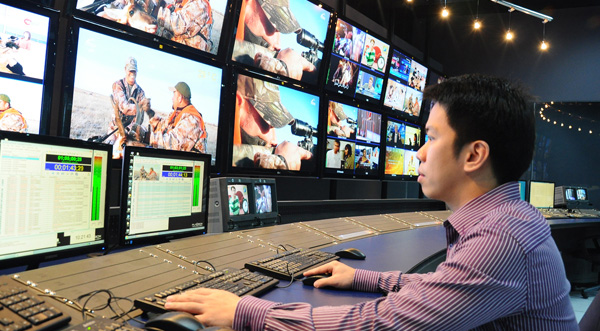 Pebble Beach Marina automated broadcast playout system has now been optimised further in order to ease the migration from legacy and end-of-life systems, such as those from ADC, Omnibus and Sundance. Modern channel automation is more open, flexible and scalable than the earlier systems were, and organisations want to take advantage of these qualities, as well as consider new options for virtualisation and the cloud.

However, such organisations are concerned about migrating years of accumulated data from their legacy system database to a new, more centralised automation system. For any business, adhering to a hard cutover point to an entirely new system comes with an element of risk. Questions remain about training staff, the need to change every component at once, and options to preserve existing investments in channel hardware and software.

So far, Pebble Beach has helped a large contingent of customers transition from older systems to Marina automated playout and continues to develop a managed approach and a plugin framework that make transitioning from legacy broadcast automation to Marina less stressful, reducing the need for compromise and hard cut-over dates. The ability to create a hybrid, synchronised playout chain with variable hardware and software components gives channel operators options to transition any part of the chain at a pace to suit their scheduling and operational requirements.

Both descriptive and timing metadata are stored in a legacy database, but if that data is lost during translation to the new automation system, control operators can’t guarantee a clean broadcast output. Having staff re-analyse and re-mark all clips in the new database is unsustainable, but Marina’s existing integration with practically all existing broadcast scheduling and traffic systems means data exchange can be standardised, and direct API integration with third party MAM systems leaves existing workflows intact. 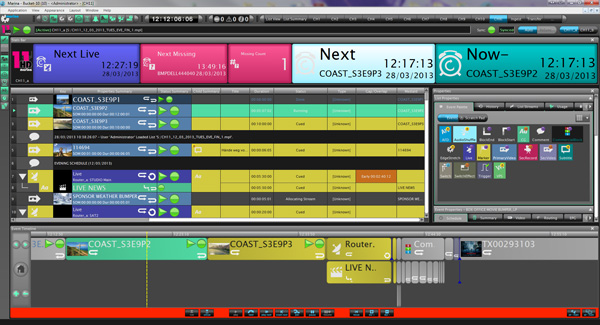 An active database bridge is also created between both systems to keep them in sync and running in parallel. “Having an engineer show up and run a one-time database conversion process is not an answer for most customers,” said Ian Cockett, CTO and one of the founders of Pebble Beach Systems. “Hard cut-overs put pressure on staff members who are expected to keep multiple channels running to schedule. By keeping the legacy and Marina databases constantly synchronised, they can orchestrate and manage transition on their own terms and in their own time.”

A hybrid approach also means running a mix of SDI and IP equipment. Pebble’s integrated channel systems device Dolphin allows SDI or IP playback so that operations can switch to an IP based infrastructure when they are ready, and everything is tested. “It’s one thing to build a greenfield site from the ground up with the latest IP infrastructure,” Ian said. “For everyone else, who has to use the site, moving the entire playout chain to IP represents another potential point of failure that many broadcasters hesitate to undertake.”

Operator change management is a key consideration during system migration. The Marina UI layout can be configured to closely mimic a legacy system UI which helps with initial training and uninterrupted operation. With time, additional data and new tools can be revealed to operators by the system’s administrators.

Regarding virtualisation of playout, while the cloud represents potential in many situations, not every channel is a good candidate for moving to a public or private data centre right now. Nevertheless, as systems and business models continue to evolve, it’s important for new playout systems to have a path to virtualised deployment.

Sharing the same underlying architecture as Marina, Orca is Pebble Beach’s virtualised playout system that operates under the control of Marina automation and is built to use Marina’s flexible playlist. Running in a virtual machine in a private or public cloud with IP inputs and outputs, Orca delivers the same functionality previously handled by discrete hardware servers, graphics and captioning systems, but works within a pure software environment. So, whether a broadcaster needs a path to virtualisation now or later, Orca and Marina make a longer term strategy available with no need for staff to learn a new interface.   www.pebble.tv