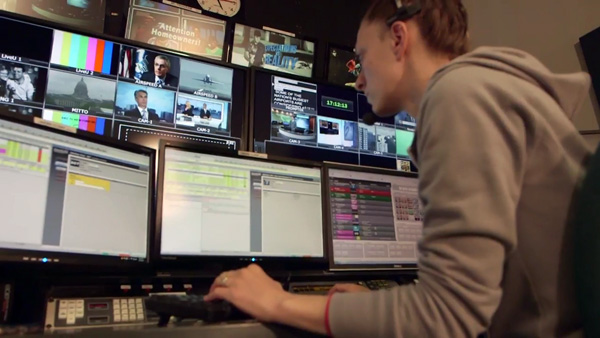 Quincy Media, owns and operates television stations and digital platforms in 13 markets in the Midwestern United States and maintains network affiliations with ABC, NBC, CBS, CW and FOX. The company, working from headquarters in Quincy, Illinois, also operates newspapers and radio stations and aims to make the content viewers want available on platforms they prefer. News is a major part of their portfolio, in terms of both editorial and revenue.

Quincy Media has standardised 14 newsrooms across its station group on the Avid MediaCentral platform. The change has affected all stages of their content production operations, and focuses all tasks on story development and publishing. Brady Dreasler, Director of Engineering at Quincy Media said, “We use Avid MediaCentral to continuously refresh content by accessing news stories across our station group, which expands considerably the digital assets now available to each newsroom.

“My team’s job is to allocate people and equipment resources to where they need to be, and to transfer the video, whether it’s complete or not, back to the station. One of the most valuable opportunities we identified on the news side was to become as functional in the field as we are in the newsroom,” he said. 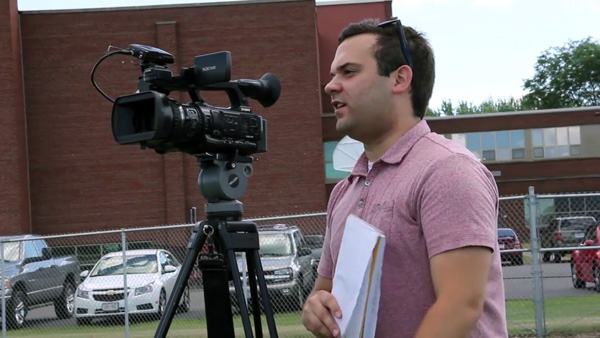 Based on this observation, Quincy Media equipped each of its multimedia journalists with a laptop, camera, and access to the MediaCentral platform. MediaCentral is the common user interface that everyone across the station group uses to access the same tools that the newsroom staff are using.

As journalists ingest media directly from the cameras onto their laptops, they bring together material for stories in MediaCentral | Newsroom Management, edit the video using Media Composer | NewsCutter Option, and transmit completed story files back to the newsroom with high-speed file transfer.

“Journalists can move breaking news items from the location where they were recorded to air much more easily and faster than if they had to wait until they returned to an office and completed the work there,"said Brady. "We can also decide how to deploy resources according to the story instead of according to logistics or economics - either a single journalist, a team or a production truck, as we think best, while relying less often on traditional ENG and SNG trucks."

Before implementing MediaCentral, Quincy only had four to six editors in each newsroom who did all of the editing, which often caused delays while everyone waited for them to edit their packages. Field-based editing now makes journalists responsible for preparing and delivering their own news to air from the location and, when necessary, deliver breaking news at the last minute. 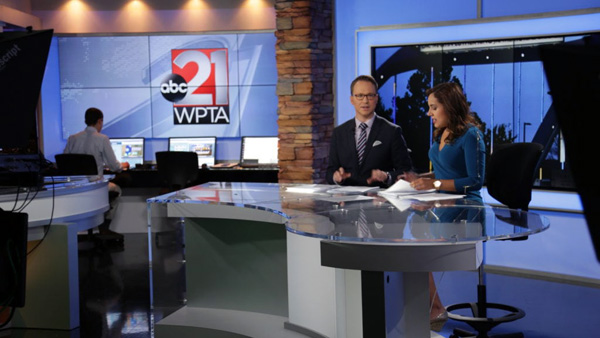 Consequently, the journalists's job expands from negotiating the local situation and writing scripts in iNEWS, to include video capture and editing, video transfer and publishing online.

Regarding content sharing, Quincy’s newsrooms communicate with each other in real-time about available stories, and MediaCentral supports sharing between stations. Brady said, “If you consider our footprint, a lot of content from any one market may be valuable in our other markets as well. The way we configure our systems allows each station to see the others’ content. News producers log on to see what is available, and have permission to push or pull content to and from production systems within their station group.

"At the annual Super Bowl match, for example, five of Quincy’s news stations have journalists on the ground feeding first-hand coverage of the events leading up to the game, feeding several other Quincy Media stations and giving the content wider exposure."

Six of Quincy’s stations also pool content on an on-going, weekly basis, to produce a shared weekly newscast. One station produces the newscast programme and redistributes it to the other six stations located across the state. “Without the connectivity and common, standardised workflows like those we have set up on MediaCentral, it would be much more complicated to produce that show,” said Brady. 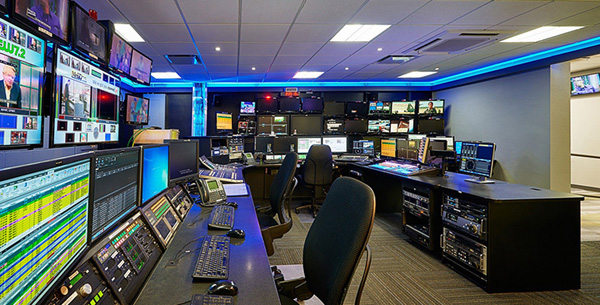 The MediaCentral workflow also makes an impact on their integrations with web and mobile platforms. “The needs of these platforms are extreme in terms of volume because they’re live all the time,” Brady said. “But they usually don't need much input between capture and playout. So, the ability for reporters to be autonomous and to have everything they need in the field, supports those other platforms as well.

“Now, before we have a finished production ready to go to air, we’re feeding the individual pieces of content - information, video and sound - to multiple platforms through the MediaCentral workflow.” The basic content is the same, but is packaged differently and published at different times and to different platforms.   www.avid.com