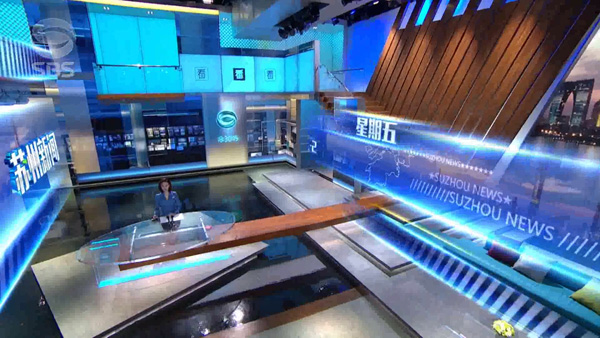 Suzhou Broadcasting System (SBS) moved to a new site in 2016, at the same time migrating its broadcast operations from SD to HD in the new building. The goal was to improve its on-air look and set its viewer experience apart, leading to the adoption of custom virtual sets, augmented reality and 3D graphics. Three new news studios were built as well, controlled with the first Vizrt Viz Mosart integrated studio automation system installed in China.

Now, nearly two years later, SBS regularly employs engaging, competitive graphics elements to support its global news reporting. All video, audio, lighting and other HD production equipment are controlled by a single director who operates each news studio using a tightly integrated GUI that puts all of the facility’s operations and dedicated equipment and systems under his or her control. Supported by the director, on-air presenters can interact with the virtual sets and AR graphics to tell their stories comprehensively by pulling in more visual information for viewers.

While expanding the potential of its programming, the Viz Mosart deployed at SBS helps simplify the series of technical operations required to create high quality on-screen graphics, improving time to air for news stories and reducing on-air mistakes and operational costs. 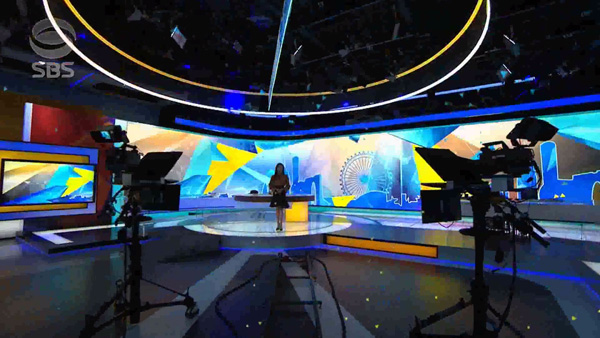 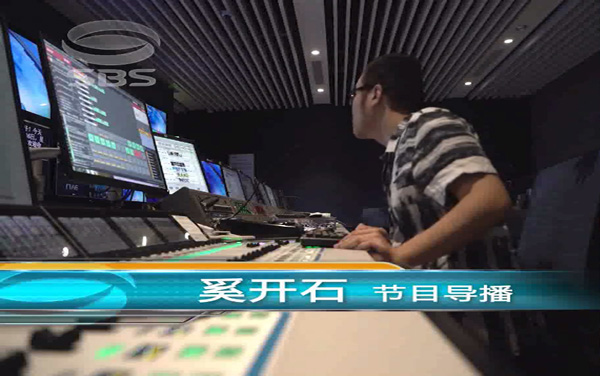 A Viz Mosart director works with an on-air presenter at SBS.

For news broadcasters like SBS, Viz Mosart puts the story in the centre of the production. The user interface is presented in a simple way - removing the technical complexity – that gives all necessary information to the director while leaving enough flexibility in the system to deliver both planned and breaking news scenarios.

Building a Rundown at SBS

For the director to arrive at that point, however, SBS’ graphics teams use other Vizrt graphics systems to generate the 3D and AR graphics in tandem with virtual backgrounds. These include Viz Trio, a character generation system, Viz Engine, a real-time compositing server and Viz Virtual Studio. All of the systems are compatible with and controllable by Viz Mosart.

Operators in the control room have the advantage of a real-time view of all upcoming events through a tight integration with SBS’ internal newsroom computer system. Supporting SBS’ news production workflows, Viz Mosart has several ways to modify and edit the news story rundown list in response to emerging events so that the pre-planned order can be changed on the fly, even while a program is on air. 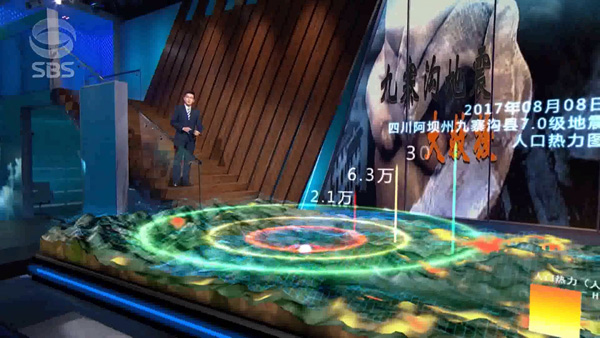 The system allows SBS technical staff to make changes and deletions to story modules inside the story line-up by inserting or cancelling various modules with one mouse click, at any time. For example, it can temporarily replace CAM1 with CAM2, while all graphics sets associated with a story remain unchanged. Virtual sets can also be changed quickly to change the mood for a late-breaking story that needs to be presented unexpectedly.

Meanwhile, as all of these changes are happening behind the scenes, viewers do not notice any unnatural disruption to their programs on air. Also, if one of the three news studios should go down, another can be called up in its place to continue broadcasting without interruption.

Through the use of these tools, the SBS team has been able to develop and put a series of standard procedures in place that take advantage of Viz Mosart’s capabilities to quickly produce and efficiently operate a live news broadcast, with a contingency plan in place for disasters.  www.vizrt.com