Citruss Opens a World of Shopping on URSA Broadcast Workflow 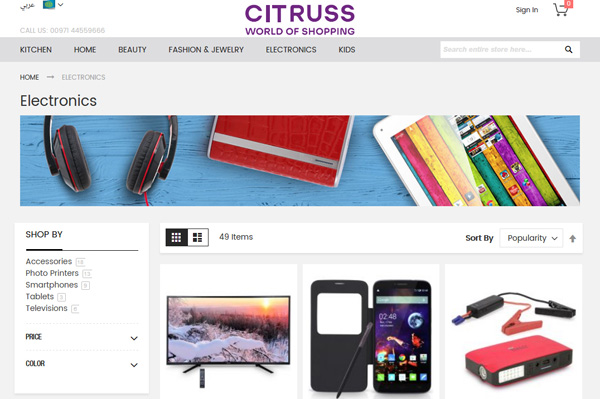 Citruss World of Shopping opened in 2005 as one of the MENA region’s first dedicated home shopping TV channels and is now among the industry’s more established companies. The Middle East is considered a rapidly growing hub for online retail business.

Citruss aims to make a uniform shopping experience available across the region through its multi-platform channels encompassing TV, a website, apps and social media. Based in Dubai, CITRUSS World is broadcast 24hrs per day via satellite and other cable networks.

Because they continue to grow and need to increase the speed and volume of their video production, Citruss has relocated to larger facilities in Dubai Studio City. It has a 4K ready production control rook and two new studios, built on a 12G-SDI network infrastructure with the help of systems integrator United Broadcast & Media (UBMS). 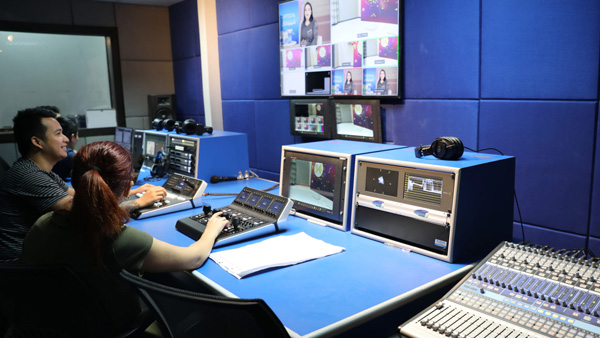 “As a pioneer in the MENA area we found ourselves at a crossroad. Not only did we require more space, but we also needed to upgrade our existing SD workflow and get the studio set up for 4K,” said Citruss’ head of television operations and production, Amr Moustafa. “Working with UBMS, we have been able to redesign everything from the ground up and implement workflows that will help us compete with a top notch viewing experience.”

“As a shopping channel our primary task is to make sure the merchandise is accurately represented on screen, whether that is ensuring colours are true to life, or our ability to demonstrate a product’s particular selling points,” said Amr. “After discussion with UBMS the URSA Broadcast was going to be our best choice. So far we have been especially impressed by how straightforward the cameras are to use and the level of detail we’re capturing, balanced with the affordable price. 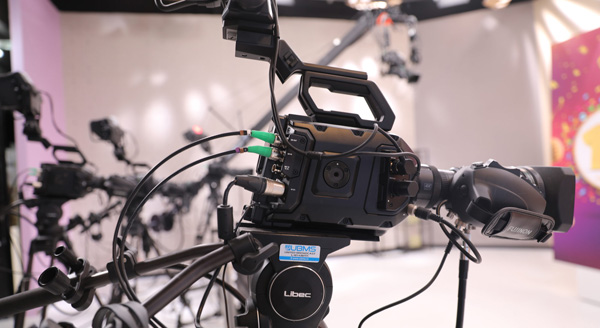 “After that, because Citruss has a multichannel approach to selling, our viewers have the option to send a screen grab via WhatsApp to make a purchase, buy using our app, or they can phone in. We need to clearly convey all of that information together with pricing and product details in overlays presented during each segment. The ATEM 4 M/E Broadcast 4K switcher, with DVE, lower thirds and onscreen graphics display makes these quite simple to deliver.

Citruss has five of the URSA Broadcast cameras in Studio A and three more in Studio B, and the crew can transition between a variety of different studio setups whether that requires locking them off on a pedestal, shooting as a shoulder mount or using them on a crane when demonstrating kitchen products, for example. 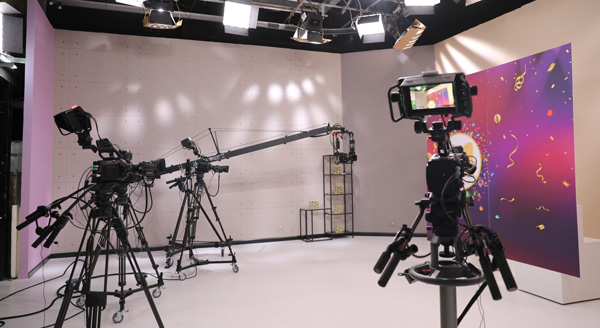 Signal transport throughout the facility is managed through a Smart Videohub 12G 40x40, and the production control room is based on the ATEM 4 M/E Broadcast 4K switcher for vision mixing. An ATEM Camera Control Panel gives them a hardware based remote camera control for shading to regulate the looks from camera to camera. As Amr said, keeping the looks of products accurate and consistent is what a shopping channel depends on.  www.blackmagicdesign.com