FOX Sports is one of the primary broadcast networks in the US, responsible for MLB, NASCAR, USGA and NFL coverage. It is one of the three main broadcast television rights holders of the Super Bowl, which is the NFL World Championship and the country’s highest-rated annual TV production. On 2 February 2020, the network delivered its ninth Super Bowl broadcast, the 54th edition of the match known as Super Bowl LIV, to an audience of millions live from the Hard Rock Stadium in Miami.

For Super Bowl LIV, FOX Sports’s main concern was the quality of the visuals for both the action of the game and the events staged for the show. FOX Sports announced early on that the entire event would be broadcast in full HD High Dynamic Range (HDR) for the first time. The game, the halftime show and the pre and post-game studio programming would all be natively produced in 1080p 60fps HDR. While the decision to switch to the new format meant that viewers with HDR devices and screens would see a higher picture quality throughout the show, it also meant the production would need up to twice the bandwidth than the 1080i SDR productions of previous seasons.

FOX Sports’ new production setup had to be ready to handle a huge number of live feeds. The crew aimed to cover as many angles as possible by deploying over 100 cameras at the site to build up their storytelling capabilities. But it caused the overall complexity of the operation to increase at the same time. 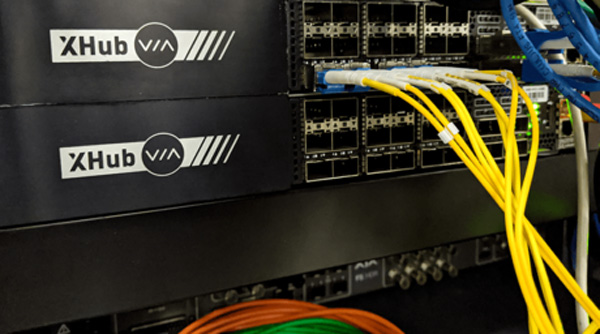 Wanting a solid production infrastructure to rely on throughout the project, FOX Sports’ first move was to build a HDR-capable pipeline of up to date equipment that could accommodate the increased bandwidth requirements.

The company partnered with facilities’ provider Game Creek for the pre-game, game and post-game programming. They distributed 39 EVS servers among their fleet of mobile production units to ingest content from the 100 cameras at the stadium, and to create replays and highlight packages. The live feeds included streams from over 20 pylon cameras surrounding the endzones and about 22 super motion cameras capturing the HDR content at three, six or eight times the standard frame rates.

To cover and produce the game itself, 26 EVS XT-VIA live production servers were split between the FATS (Feed All Trucks Signals) room and the Game Creek Encore production unit, and 13 extra EVS servers were deployed in Game Creek’s vehicles Cleatus and Bravo for the studio and show productions. XT-VIA servers are built for diverse configuration, as at Super Bowl, and high-speed media sharing, with functionality for HDR broadcasting at all resolutions. To set up the underlying connectivity that allowed production to keep up with the action, the XT-VIA servers were running on the XNet-VIA media sharing network and interconnected through three redundant XHub-VIA switches that secured the operations over 10 Gigabit Ethernet.

Between the flexible configurations, the processing power of the XT-VIA servers and the IP-based XNet-VIA network, the operators had the bandwidth and speed they needed to share high-resolution content through a distributed broadcast network. 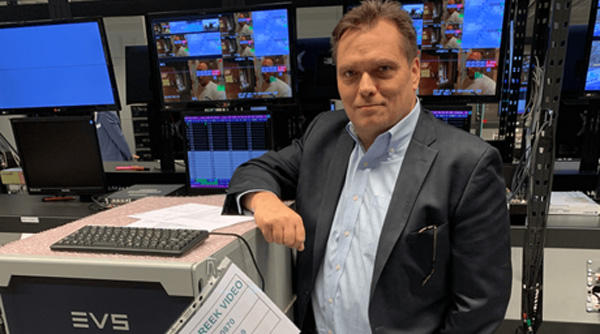 The production crew controlled and managed all the HDR content from the game, as well as the pre and post shows, available on the platform with EVS’ IPDirector Live PAM software suite, accessible through 12 workstations. IPDirector is a collection of applications for browsing, control, edit and playout of live media content, based on a central database. To make it easier to adapt, integrate and use for media exchange with third-party systems, it has an open, modular architecture and simple interfaces.

Fox Sports deployed just over 1 Petabyte of shared storage across six XStore chassis combined into one system, which was optimised for bandwidth and gave the operators a single point of access to all content. XStore has a distributed, scale-out architecture, that is, as the system is expanded, bandwidth and capacity increase, improving access speed to content. XStore supports live ingest, user access for live collaborative editing and the use of third-party NLEs – in this case Adobe software

The production teams were going to need access to archival and edited material as well. Therefore,  EVS’ Xsquare orchestration software and XTAccess transfer engines were added to the workflow to run archive and restore processes between the live recorded content on the XNet-VIA network and the post-production content. Due to its support for high bandwidth networking and file exchange, the XTAccess hardware is able to handle the fast, adaptable workflows and conversion Fox Sports built for this project

The teams used Xquare software, powered by the XTAccess engines, to monitor and control media processing from a web interface, and to orchestrate load balancing. Controlling media transfers and transcoding, Xsquare helped them manage workflows between EVS systems, storage, NLEs and external devices.

Putting on a Show 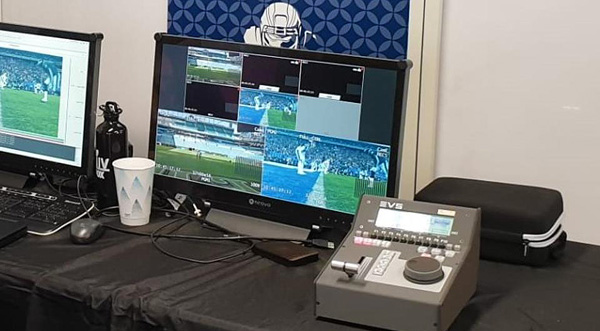 FOX Sports’ headquarters are located in Los Angeles over 3,000km away, where artists designed 3D virtual graphics on Viz Libero systems to assist in play analysis. Libero was connected to two further XT-VIA servers deployed to add a graphics stream to the other EVS streams. The camera feeds from Miami were sent through MediaKind encoders/decoders and routed to the two XT-VIAs connected by XNet-VIA.

Because clear, high-quality replays were considered essential to the production, more than 22 Super Motion cameras were used for the game. Although the pylons around the endzones give a good view of critical action, space is constrained which makes high frame rate cameras impractical for those positions.

To overcome that shortcoming, the crew used EVS’ AI Super Slow Motion system, still in proof-of-concept stage, that uses an artificial intelligence engine to generate super slow motion replays from the regular frame rate cameras embedded in the pylons. On this system, operators could process any clip from the XT-VIA network and extrapolate new frames in between the existing frames, resulting in three times the total number of frames. Pylon cam clips went from 60fps to 180fps, while super slow motion cameras went from 360fps to 1080fps.

The Super Bowl LIV in Miami attracted an audience of over 102 million across FOX and FOX Deportes television networks as well as FOX, NFL and Verizon digital platforms, making it the fourth most-watched program in FOX history, and the 11th most-watched US telecast ever.

Looking Back, Looking Ahead

The live coverage represented more than 4,000 hours of recorded content, with 7,934 clips created throughout the network. Despite the higher bandwidth requirements of 1080p HDR, the overall number of servers needed for the production was actually lower compared to the previous years, owing to the flexibility of the configurations and the increased channel density of the XT-VIA servers – up to six channels of UHD and over 16 channels of HD.

This reduction in hardware was among the successes of the broadcast, as well as EVS AI Super Slow Motion system. XNet-VIA is also optimised for high-resolution formats and super motion content, supporting faster workflows through a distributed network, and was relatively simple for the crews to set up.

“The move to 1080p HDR and the deployment of the largest XNet-VIA setup to date meant the Super Bowl challenge was greater for us this year,” Mike Davies, SVP of Technical and Field Operations at FOX Sports said. “The support we received from EVS during and leading up to the show was important for our entire team, not least because it gave us the confidence to carry out such an ambitious project.”

Kevin Callahan, who is FOX Sports’ VP, Field Operations and Engineering also said that although the entire production infrastructure had to change to accommodate the new format, it actually made no impact on the operational aspect of the production. “Our 35 operators spread across the network could create their clips and highlights as usual, without having to think about performance issues.”  www.evs.com