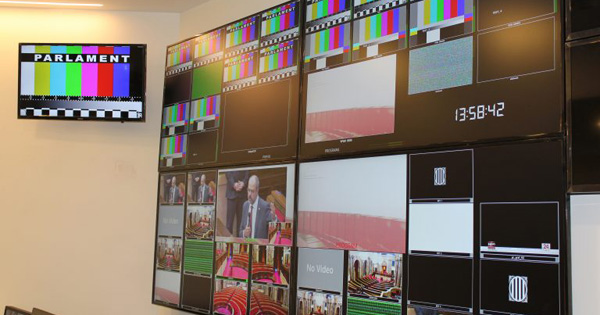 The Parliament of Catalonia in Barcelona has produced an institutional television feed since 2002, as a free public service and educational resource for citizens and media organisations. The Parliament’s in-house team of broadcast and engineering specialists, working from historic Ciutadella Park, manages all aspects of production and delivers 150 hours of live video content each month.

Broadcast Engineer Daniel Rodriguez Carvajal said that, like any other producer, the Parliament has to continuously align with the broadcast industry and keep the facility up-to-date. “For example, recently in early 2020 we overhauled all operations and upgraded our workflow from SD to HD, and meanwhile our main objective is always to operate more efficiently while avoiding an increase in production costs,” he said. 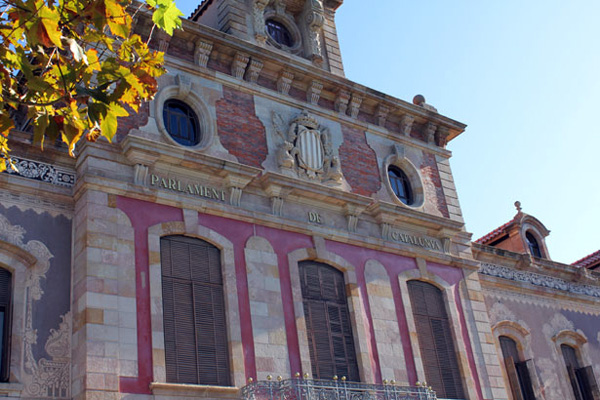 The Parliament’s main recording system is shared with public broadcaster TV3, a local station and production partner that makes its ingest and archiving systems available and maintains all hardware and software required to produce and operate the feed through a mutual agreement. This arrangement saves the Parliament money, although both TV3 and the Parliament’s team contribute to the software development, hardware integration and IT communication for the system, which is fairly complex.

The facilities have been equipped with a complete system of HD robotic cameras and remote control for the plenary hall, including eight Grass Valley LDX C82 systems. For integrating new equipment in the future, Parliament installed an additional 18 communication nodes alongside the building to enable the team to connect new gear via fibre to any of the facility’s television rooms.

The Catalan Parliament awarded the project to Telefónica Servicios Audiovisuales (TSA), and all of the HD equipment installed during the upgrade was supplied by Crosspoint broadcast supply and services. The manufacturers involved include Riedel Communications for transport, processing, routing, monitoring and communications, Grass Valley delivering cameras, mixers and modules, AJA storage and converters and BFE for the integral control system. Crosspoint also supplied custom developments, commissioning services, training and support.

During the upgrade to HD, Parliament elected to overhaul its in-house backup recording system and replace a store of outdated tape-based recording devices. Daniel and the team looked for a flexible, reliable device that would integrate directly into its current system. They purchased 14 file-based AJA Ki Pro Rack recorder/players. The Ki Pro hardware is built with conversion functionality for broadcast-quality up, down and cross-conversion with several different connectivity options.

The compact Ki Pro Rack version is housed in a 1RU rack-mountable design. “This new fleet of Ki Pro Racks allows us to record up to a complete week of production,” said Daniel. “They are simple to operate remotely and fit within the limited amount of space available in our rack room.”

Deployment of the new HD workflow required two external frame synchronizers to use in mobile racks during live productions, which are especially important for live outdoor broadcasts and events where the crew has only one chance to capture the action. To increase frame sync and conversion capacity, Parliament chose two AJA FS2 framesync/converters also built within a rackmountable 1RU design.

Made for high density processing, AJA FS2 performs dual-channel conversion and frame synchronization, with enough I/O support and power to suit nearly any professional production environment. Each video processing channel can be used separately, in effect giving users the option to work either with two different devices, or with combined functionality in one device, for more flexibility.

Parliament of Catalonia’s upgrade also called for standalone conversion equipment to maintain video signal fidelity and to support not only HD conversions between 3G-SDI and HDMI signals, but also up to 4K/UltraHD 3G-SDI to HDMI 2.0 transformations. Because at any given time, the Parliament would need many devices to be installed in small spaces such as behind video displays or connected for temporary conversion, the project sought converters that are flexible, compact and easy to integrate.

Considering AJA’s speciality in robust, diverse types of conversion gear, Parliament has integrated converters including Hi5-Plus and HA5-Plus for 3G-SDI to HDMI and HDMI to 3G-SDI conversions respectively, as well as Hi5-4K-Plus for extremely accurate 3G-SDI to HDMI 2.0 conversion with support for up to 4K/UltraHD.  www.aja.com