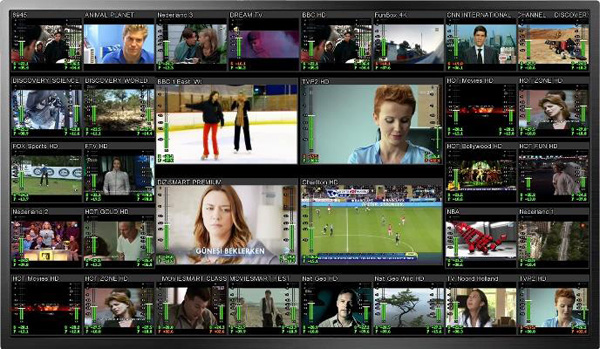 TAG Video Systems has upgraded the error source recording functionality and capacity of its Multiviewer and Monitoring platform as the rise in OTT continues. Effective immediately, users can manually set a recording of an OTT channel, record all metadata elements of additional OTT formats, and set 32 channels to be recorded simultaneously, which is a significant increase in capacity.

“OTT monitoring and error event recording has become a priority for customers. We have enhanced the platform’s capabilities and capacity to help provide information easily for an effective post-mortem analysis,” said Pinky Maron, VP Professional Services “We’ve made it possible for operators to manually record and detect errors that fly under the radar. Because there are now so many different formats with multiple profiles, we’ve added robust support for recording supplemental data to ease analysis.”

The TAG recording feature is developed to help users analyse and report detected error events. The platform automatically records a range of the last few minutes of each pre-defined stream in a cyclic mode using a ‘First In, First Out’ method. When an event is detected that meets a threshold set by the user, the recording is automatically saved to external storage. The recording can later be used to analyse the event and troubleshoot the cause.

Users now have the ability to manually set a recording of an OTT channel. Prior to this feature, recording was triggered automatically by an alarm that detected errors in the content that were beyond an acceptable threshold. In some situations, however, alarms are not initiated because the problem isn’t critical enough to be reported, or the service isn’t affected, but the channel still needs to be recorded for investigation, testing and analysis of the instance.

This is especially important in OTT with its multiple variations and different sets of metadata for different formats. Now users have the option to manually record instances of OTT channels as needed to troubleshoot problems and document even seemingly innocuous errors.

TAG has also enhanced the functionality of the monitoring and visualisation platform to address the major shift to more metadata that comes with more OTT formats. Each OTT format has unique characteristics and unique metadata headers associated with the transmission.  Users need to have all this information available for the post-mortem analysis. TAG has incorporated recording capabilities to include all elements and headers of HLS, MPEG-DASH, MSS, and CMAF OTT streams for improved analysis capabilities or recorded errors. The recording of encrypted content before and after the decryption is now available as well.

The substantial increase in OTT profiles has resulted in more channels that need to be monitored. TAG has increased the number of channels targeted for simultaneous error recording capacity from 10 to 32, making access to the content and analysing it much easier.   www.tagvs.com