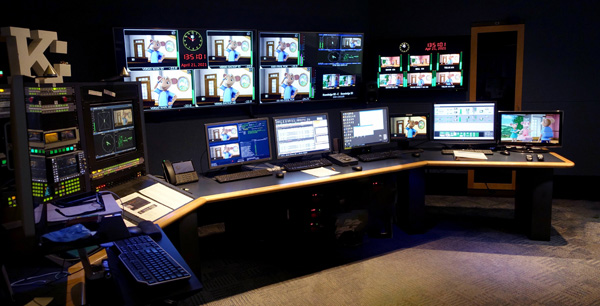 Oliver Eichel, Director of Broadcast Technology and IT at Knowledge Network in Canada talks here about how the station works and fits into the local community, and the network’s recent experiences of upgrading their playout automation system.

“Knowledge Network is a different kind of broadcaster with an unusual set of requirements,” he said. “Based in Vancouver, Canada, we are dedicated to the residents of British Columbia, although online content is available across Canada. We are both a licensed broadcaster and a registered charity, publicly funded through grants from the provincial government and through donations from viewers.

“Consequently, Knowledge Network does not carry advertising, focusing wholly on supplying consistent, high-quality content, commissioned or acquired from distributors in British Columbia, across Canada and around the world. The broadcast day is divided into two segments. From 06:00 to 18:00, we show children’s programming, and from 18:00 through the night, we broadcast a combination of documentaries and factual and drama programming – all delivered commercial-free. To make sure we meet our audience’s high expectations in terms of content, we are always conscious that every dollar we spend on infrastructure is a dollar we won’t be able to spend on programming.”

But in 2019, the network’s existing playout automation application was reaching the end of its life, and they decided to replace it. After considering several available options, they drew up a shortlist of three potential suppliers who were invited to run proof-of-concept trials. At the end, they chose the system from Imagine Communications, using the Versio modular playout platform with the ADC automation control layer. 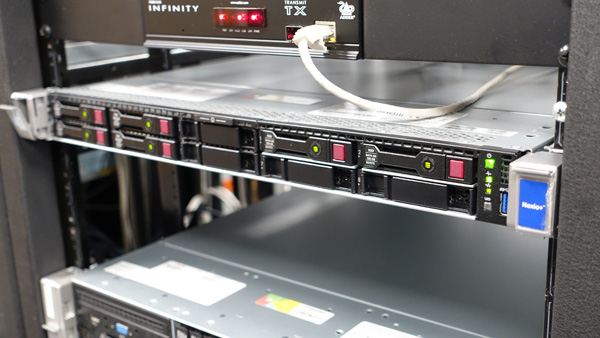 They took an opportunity to set up a dedicated test suite at their location to assess and build out the new system. From the test suite, they could prepare at their own pace to go live with parallel operations – the Imagine install shadowing their older system – and use the test suite to evaluate the special features they had requested.

“We were able to take advantage of a working schedule, an actual ADC playlist that aligned with their on-air system, that allowed us to participate with Imagine Communications’ R&D staff to refine our workflows,” said Oliver. “We were able to work out all of the technical requirements for integration of the Versio Workflow and Versio Ingest applications with our other platforms that are required to prepare, move and present our programming service.  It was an ideal opportunity to iron out all the workflow details and train the team to handle some of the new functionality that became available.”

By the time they were ready to switch over in 2020, the change was invisible and the viewers at home were never aware of the moment of going live.

The Versio architecture is built on a virtualised framework with a series of software modules that each contained hooks into other modules. Hooks modify or extend the behaviour of applications, and work as an interface placed in packaged code that allows a programmer to insert customized programming.  From the start, certain advantages of moving to software-based playout technology were evident. 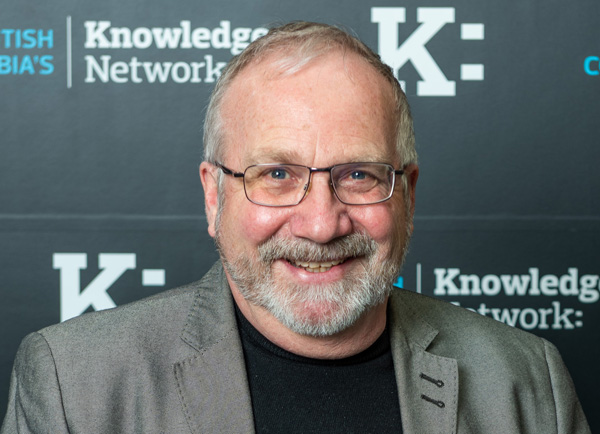 Oliver Eichel, Director of Broadcast Technology and IT at Knowledge Network

Oliver said, “Even for requirements as relatively uncomplicated as ours, the old system needed 22 separate pieces of hardware to be integrated and coordinated. The new Imagine-based system has just nine devices, which means savings in real estate in the server room and in cabling, power and air conditioning, as well as the capital savings in setting the system up.

“We took advantage of the straightforward Versio integrated playout architecture, which has allowed us to continue to use our established complex workflows with fewer manual interventions, as well as adopt new tools and applications. For example, we typically had to invest in extra hours and manpower to transition during biannual time changes. But with the new Imagine system, this year’s move to Daylight Savings Time was uneventful.

“Where other broadcasters show commercials, we put a heavy emphasis on interstitials and branding, which means the Versio Graphics application’s ability to support dynamic graphics played a major part in our final decision. With our old system, we had to detail all the individual channel branding actions in our BroadView traffic system. Just to make a bug appear, animate and then disappear could take 26 separate commands.  Our brand team had been held back from refreshing and improving our on-air graphics look because it was so labor intensive. Now, it is easy.” 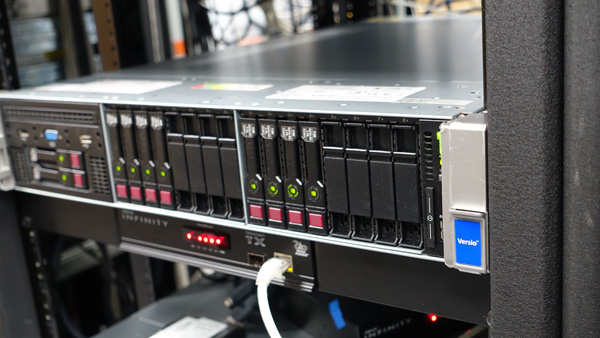 Versio Graphics works well with Knowledge Network’s standard graphics tools and allows the branding team to embed all the instructions inside the graphics file. This means they can schedule a complex graphics event into the traffic log with a single instruction, which obviously makes life easier, but it also opens up new opportunities. For example, when recently celebrating the 40th anniversary of the network, the branding department was able use the new graphics connectivity to develop special on-air animations relatively easily.

“Our audience tells us they would prefer to read end credits. For this reason, we do not use squeeze backs or other effects that reduces the visibility of the credits,” said Oliver. “Our channel branding graphics must be flexible in order to fit into the content. The Versio Graphics application makes it much easier for us to create and command dynamic graphics like ‘next’ and ‘later’ through the use of billboards, snipes and animations.”

This type of graphics is particularly important in the children’s half of the day, when some of the programs are just six or seven minutes long. The children’s schedule is linked by three animated characters – Luna, Chip and Inkie who are an owl, a beaver and an octopus used as station idents to usher the young audiences from one show to the next. These animated graphics are created dynamically on the fly using various templates and the associated metadata.

The children’s schedule is linked by three animated characters – Luna, Chip and Inkie.

Versio Graphics supports WAV and MP3 type audio files and enables the team to add audio objects to layouts and edit their properties. “This abililty is allowing our team to expand the presence of Inkie, Chip and Luna by giving them voices so they can attract the attention of our viewers. This will enable an extension to our branding, which will in turn drive audiences to our website and streaming options.”

Overall playout control uses ADC automation from Imagine. Because the software is widely used around the world, most any major traffic/scheduling software provider that might need playout integration will have ADC support. The Network’s BroadView traffic system, for example, integrates directly with ADC.

All of the scheduled broadcast elements are managed from within the Versio and ADC platforms, including ratings classification, V-chip, closed captions, on-air channel banding and described video. V-chip is used in television set receivers mainly in North America to allow the blocking of programs based on their ratings category. It is intended for parents to use to manage their children's television viewing, based on blocking systems.

Oliver said, “Looking ahead, our operators are keen to move to the new graphical interface Imagine is developing. As well as giving the operators more information and clarity, the look of the interface is important. One of the aspects of a publicly funded broadcaster is that a number of viewers and donors want to come and visit us, and the new graphical interface will aid in describing how the station presents content to the viewers in their home. 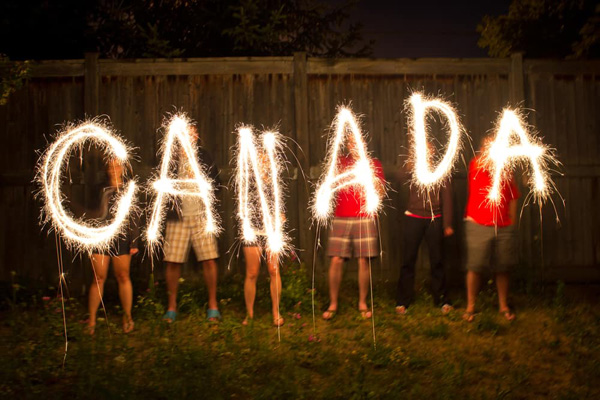 “Imagine have been very good at planning and managing upgrades while mitigating risk. With dozens of interconnected applications running at the same time, any change must be carefully orchestrated. The release notes are detailed and clear, and we can decide whether we need to add any update at any time. Imagine support staff are available and easily scheduled to be on standby when updates and patches are uploaded. That kind of support is invaluable, and I don’t feel that I am taking risks with the on-air signal.

The transition to the new system was very smooth and the staff are pleased because it allows them the freedom to use a variety of new tools to develop a viewing experience unique to Knowledge Network ― particularly regarding the station’s branding. “We have a platform today that will support us wherever our future plans take us,” Oliver said.    imaginecommunications.com