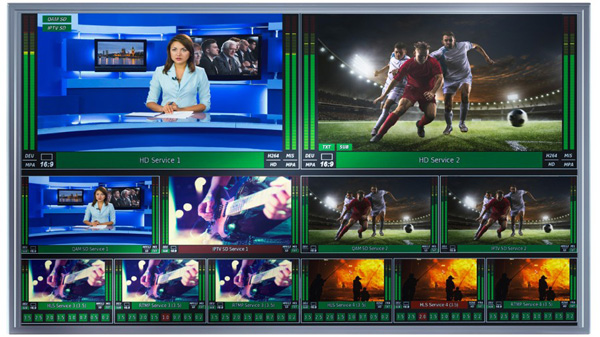 Media services company Red Bee Media operates a complete delivery outsourcing service for broadcast playout and online streaming. From its broadcast facilities in the UK, Red Bee controls playout and disaster recovery resources for more than one hundred channels in a variety of management and monitoring configurations.

To ensure that each operator can monitor the right signals, Red Bee requires a readily reconfigured multiviewer system. Their team recently chose PRISMON from Rohde & Schwarz to replace life-expired SDI systems in its playout facilities in London and Salford with a flexible, distributed, IP-connected multiviewer network. PRISMON is a software-defined multiviewer running on COTS hardware, and is capable of handling signal formats up to 4K Ultra HD, both for displays and for individual streams within mosaics.

Red Bee selected the SDM (Scalable Distributed Multiviewer) and the MCC (Multiviewer Control Centre) options. With SDM, only available from Rohde & Schwarz, any input can be sent to any output. PRISMON can share resources across a network, for instance to create a view with multiple Ultra HD signals, beyond the decoding capacity of a single system.

It also helps overcome the fact that only a limited number of physical ASI and SDI interfaces are available on a single system. At the same time, the multiviewer functionality can be used to adapt the specific production resources needed to support new UHD production formats. 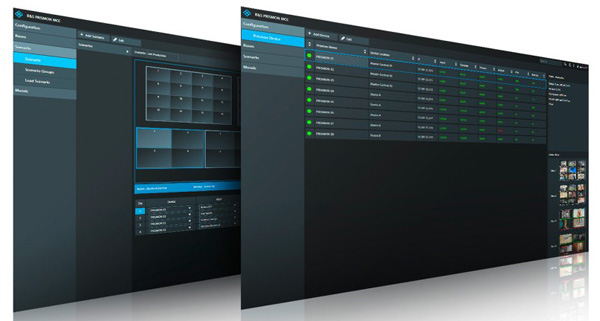 The MCC option opens a single point of control for a network of multiviewers. In environments where studios and control rooms change use regularly, like news or live sports, it gives instant reconfiguration of multiple displays, either in response to the intuitive user interface or on command from a system-level automation system.

“Multiviewers have a critical role in our playout centres,” said Robert Luggar, Head of Broadcast Media Solutions and Platforms at Red Bee. “We need to monitor around 450 streams, so we need scale and flexibility. Today those streams are SDI, and Rohde & Schwarz demonstrated that the PRISMON configuration could handle that but, more important, could be switched to IP in the future fairly easily.”

Andreas Loges, Vice President Media Technologies at Rohde & Schwarz, said, “When we competed for this contract against other vendors, we won because we could deliver a drop-in solution, a direct replacement for the life-expired multiviewer, and because our software-defined approach is inherently a hybrid platform, supporting SDI and IP signals, in both SMPTE ST 2022-6 and ST 2110.

“Broadcasters around the world are facing the same challenge. Existing multiviewers are reaching the ends of their lives and were built solely around SDI. Because of this hybrid capability, and the power of SDM, PRISMON is positioned for use in many large-scale playout centres.”

The contract was awarded in December 2020 and, despite the disruption of social distancing and staff protection, it was installed, commissioned and put into use in May 2021.   www.rohde-schwarz.com