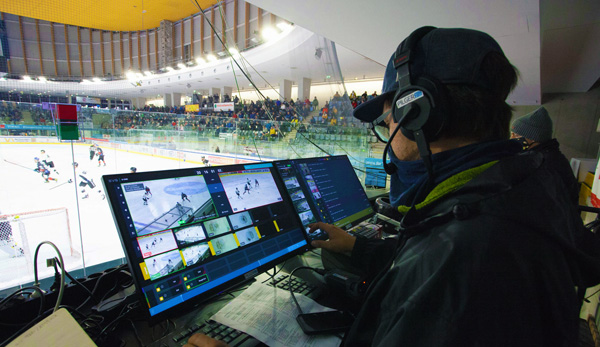 Video production company PILGERfilm in Axams, Austria, was founded in 1997, initially focusing on news production. The company later added live sports to its capabilities. Today, PILGERfilm is a recognised player in Austria’s broadcast industry, producing news reports and bringing competitve sports such as skiing, ice hockey and American football to fans in German-speaking countries every day.

American football and ice hockey have gained a following over time in various international regions, but until a few years ago, they were still considered fringe sports in German-speaking areas. Despite their growing fanbase, these sports have to push harder for media exposure and have to operate with fewer resources. To produce and stream matches of the Austrian Football League (AFL) and deliver live streams of the Innsbruck Sharks ice hockey team, PILGERfilm looked for a stable, compact production system they could use to produce broadcast-quality content at an affordable price. 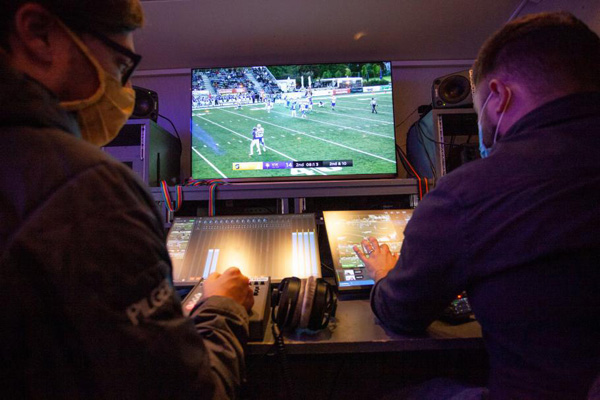 PILGERfilm chose EVS X-One, a unified live production system that up to two operators can use to edit, design and insert graphics, create replays and control audio through a set of task-specific interfaces. Handling up to six cameras, it is designed specifically for smaller-scale productions that lack the budget to use large OB vans but do not want to compromise on the quality of the playout.

PILGERfilm has been using the X-One system since 2020 to produce the games of the Austrian Football League, and also the livestreams for The Swarco Raiders Tirol’s fan channel. The Raiders are considered one of Austria’s and Europe’s leading American Football teams. "We usually have four to six cameras in operation during the production of the football games," said camera operator Lukas Pilger.

X-One works well for productions of this size – two people can work together with one handling the image editing and the other looking after slow motion material for the highlights. 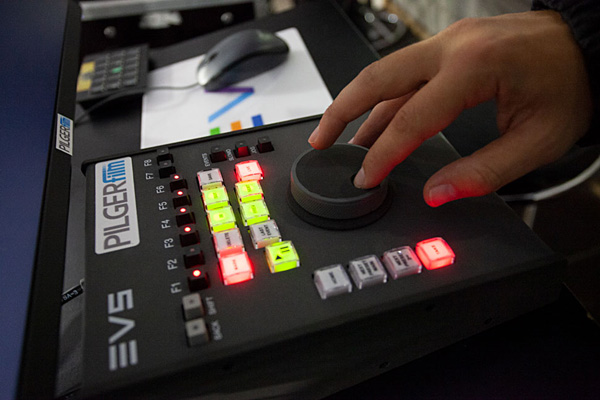 About using X-One for live streaming the Innsbruck Sharks ice hockey games, Lukas said, "For these productions we have to manage with very little space and only have a small table, but X-One makes it possible to produce under these conditions. In this case, one person is responsible for the editing, and another for the graphics. With any other system, we would not be able to realise this result in the same manner." (More about streaming operations below.)

Lukas commented that setting up the X-One system is quick and straightforward. "Once you connect the cameras, you are basically ready to go, and once production is underway, we can record six camera feeds with X-One, and use each angle for live replays as they are needed," he said. “The touchscreen is very convenient and means you can operate the system either with another person, or alone, which is useful because you don't always have the space or even the budget to complete a job in pairs."

Live sports involves managing many challenges, but X-One opens opportunities for companies like PILGERfilm that go beyond straight live coverage. Operators can give themselves a head start by using the system’s templates for transitions and graphics, set up and recall audio presets, and automatically assign replay and clips to a specific highlight. 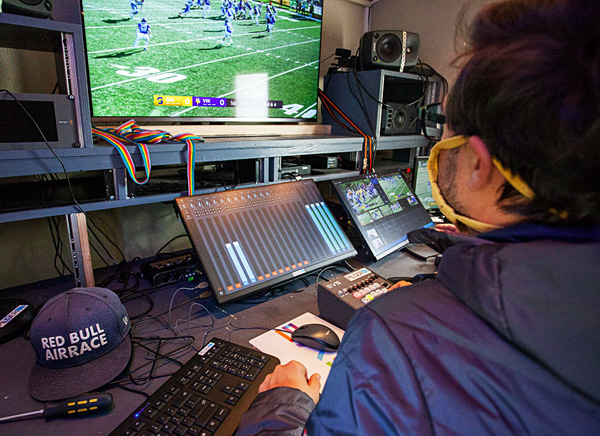 When the first software-based systems entered the market, they were often considered unreliable. That point of view has changed over the years, and today the advantages are generally accepted to outweigh the disadvantages. One of these advantages is the immediate availability of new functions with system updates. "We are in a continuous exchange with EVS and see that our feedback is received and taken into account in new system versions. That is a great help – not only for us, but also for other users," Lukas said.

He also described X-One as very stable, and notes that it always outputs at least one camera’s images, even in the event of a problem. "We tested this emergency function and it worked well," he said. “Having a direct contact person in the company is also beneficial for us if problems arise. I can call a real person and don't have to go through the hassle of creating a ticket on a website before I even get close to support." 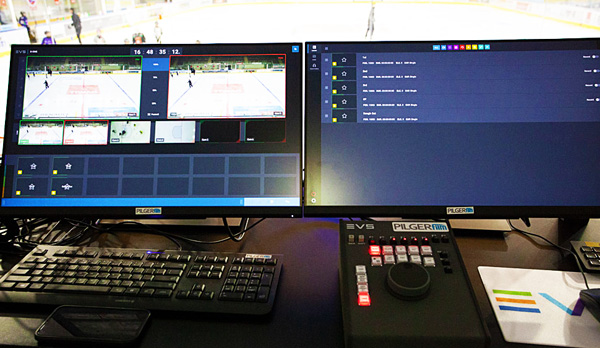 Lukas believes that streaming productions, like one that PILGERfilm has implemented for the Innsbruck Sharks, will continue to play an important role for the company in the future. He said, “Many games continue to take place without spectators during this pandemic, but fans are still keen to watch their teams. By using a system like X-One, we can ensure the coverage of these sports, especially for lower-leagues who don’t usually have the budget to use a large OB van.”

PILGERFilm is also considering the potential for using their X-One system at streaming events such as readings or lectures. "Where there used to be 100 people sitting in the room, in the future there may only be ten or 20, but 120 more will participate in the stream," Lukas said. “Producing events like those may not need the replay function, but instead you can use X-One’s ability to create playlists, for example, or to save clips and reliably play them back.” evs.com