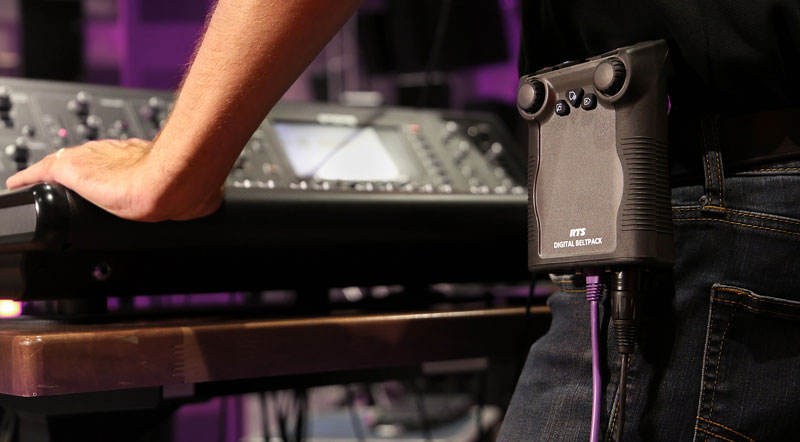 RTS and local systems integrator Magna Systems have launched the OMNEO Main Station (OMS) in the ANZ region. OMS is a hybrid IP/digital/analogue main station, introduced in late 2020 for partyline intercom systems, and forms the core component of the RTS Digital Partyline group of products.

This compatibility means OMS can establish a path from legacy hardware to the most recent equipment, ultimately allowing users to migrate to an IP infrastructure without the complexity of a matrix system, at the same time protecting the value of their investment in existing analogue partyline hardware.

OMS is a multi-purpose communications tool for customers such as theatres, houses of worship, broadcast, AV rental, industrial facilities and entertainment/event venues. It is available in five licensed configurations to suit different budgets and applications. The Advanced, Intermediate and Basic digital configurations each include OMNEO. The Analogue Plus and Analogue use main station options for analogue-only partyline systems.

Software upgrades are available for increased capacity and functionality as needs evolve. The software upgrade from OMS Analogue Plus to OMS Basic digital, for example, removes analogue connectivity. Users requiring both analogue and digital should upgrade to OMS Intermediate or OMS Advanced. This upgrades approach makes the system scalable.

All OMS configurations have a high-resolution, full-colour front panel display and a straightforward icon-based menu structure to support system configuration and control. The panel layout will be immediately familiar to partyline users and has dedicated colour-coded controls for each channel – talk, listen, call and volume.

Each of the four button sets can be programmed to function with any destination in the system. For example, button set one does not necessarily need to control partyline one. It can be assigned as a relay to a keypanel. Three headset variants are supported. The built-in power supply has a locking IEC connector and, due to the unit’s low power draw and venting enclosure, cooling fans are unnecessary, saving energy and keeping operation quiet.

The OMS Advanced version allows conversion between four different formats – OMNEO (Dante, AES70 etc), RVON (RTS Voice Over Network), four-wire AIO and two-wire. G.711, G.722 and G.729AB codecs are supported. Up to 40 OMNEO devices may be connected, including ROAMEO wireless beltpacks, for which OMS can also serve as a standalone base station. Up to eight keypanels and up to 16 partylines can also be supported. OMS Advanced supports four channels of RVON via RTS KP series keypanels, for robust remote networking with other RVON-capable equipment.   rtsintercoms.com