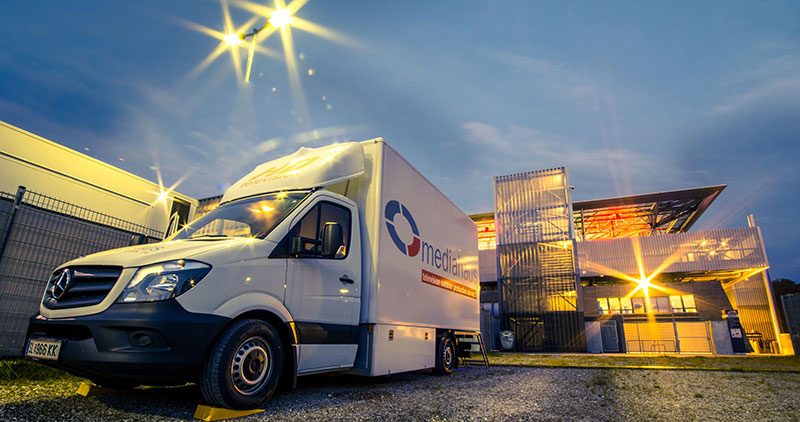 Mediahaus Salzburg was founded as a small video production company in 2003 and has since expanded to open up new business opportunities. It has become a network of specialists drawn from video, audio and internet streaming, supporting mainly live TV and events customers across all of these media.

The Mediahaus OB-Van 2 is a compact, flexible vehicle equipped for live production, based on a Mercedes Sprinter box body. Fully air-conditioned, designed and built in-house, the van meets modern TV production standards, is prepared to live stream content and can deliver video to display on video walls and giant screens at sporting and corporate events.

Mediahaus realised that while the OB van was busy during FC Red Bull Salzburg Fan.TV home match weekends, otherwise it was under-utilised. They began to consider options to position the van for a wider range of productions and attract new customers.

“The OB van was equipped with a Newtek 3Play replay system, with four streams of input and two going out. Since we now had more cameras and more output channels than the system could accommodate, we needed to find a way to set up more channels,” said Mediahaus CEO Wolfgang Angermüller.

“In other words, should we buy another 3Play, or should we take the next step to EVS? When TV stations began to enquire about using our OB van for smaller productions, they said outright that they wanted EVS. We felt we would not get the chance to take on those productions if we didn’t have industry-standard EVS replay and playout. 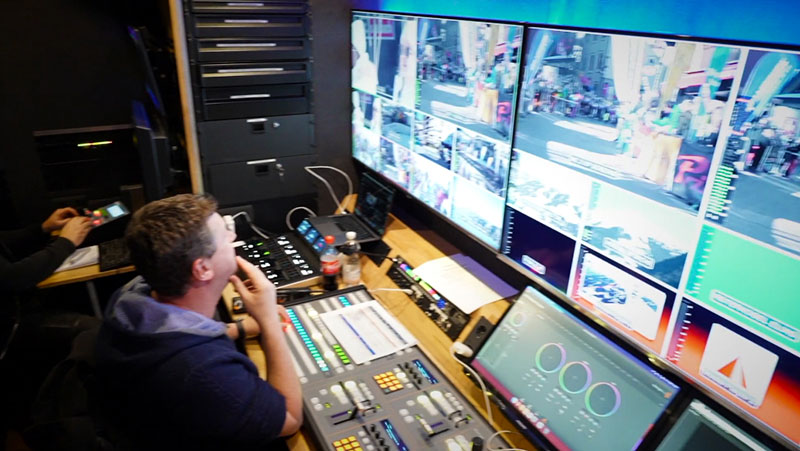 “We calculated that if we were going to gain more customers in the broadcast TV world, making the right investments could help us get a foot in the door. Also, replay operators in Austria are used to working with EVS. So, to acquire more channels and meet the industry standard, and to compete for more projects and gain more customers, this was the way to go.”

Budget, however, was a major factor in the equation, as it is for most facilities. Mediahaus considered the various options on the market. Through investigation on the EVS website and contact with a local salesperson they learned about the new LiveCeption Pure entry-level system, which seemed an ideal fit for what they wanted to achieve.

Right Investment at the Right Time

EVS LiveCeption Pure system suits production and replays using up to 10 cameras, incorporating an XT-GO replay server with eight HD channels, LSM-GO controller and multiviewer, and XFile3 for file transfer and live archive. The system’s broad flexibility means it can be used in various setups in a wider range of productions, leading to more business opportunities for users by addressing multiple resolutions and formats including HD, UHD or even UHD-HDR.

The EVS LiveCeption Pure purchase meant Mediahaus could acquire an eight-channel broadcast quality replay and playout server at an affordable price. The system was shipped and installed in less than three weeks, with Mediahaus conducting its own system integration.

The Mediahaus EVS operating team – one senior and three less advanced operators – received training at the EVS facility in Munich and found they could learn and master the main features relatively easily. One of the new operators was using the system for a live production after just a couple of hours of training.

On Fan.TV day the Mediahaus EVS operator produces half-time highlights, full-time highlights, slow-motion replays during the game and playout for the VIP channel, with commercial breaks different to those on the giant screens around the FC Salzburg stadium. “This is a heavy workload for the EVS operator,” said Wolfgang. “If you can organise all your playlists correctly then you can be very fast doing the job. It is also a very simple system to learn and to handle. 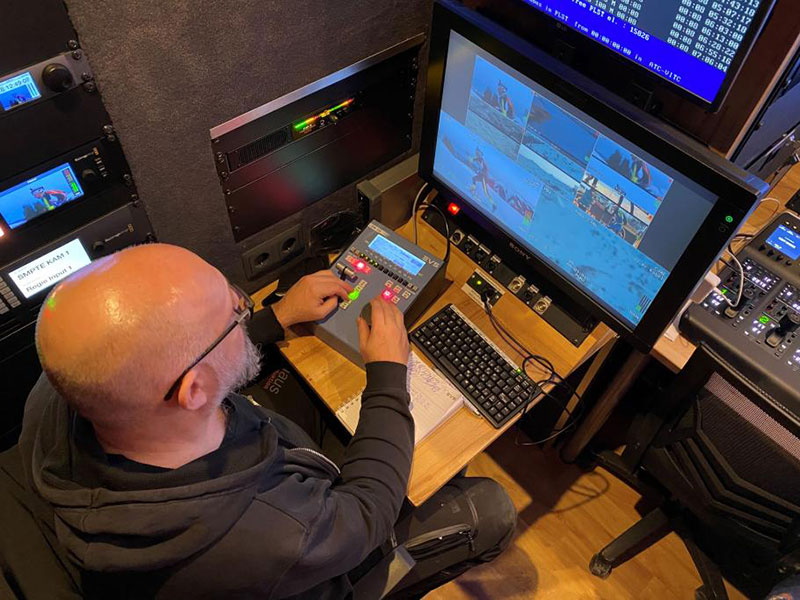 “It has helped us to work faster than with the old system in terms of instant highlights and slow-motion playout during the match, and it changed our thinking about the workflow in the OB van. We can now cut and play a highlights clip for a commentator -- we don’t have to go into an edit. We can do it all in the van and play it out to them for Fan.TV commentary. This has helped a lot, saving us one to two hours of post-production time,” said Wolfgang.

As well as FC Red Bull Salzburg Fan.TV, Mediahaus now works on lower budget sports productions such as the ÖFB-Frauenliga and early rounds of the Austrian ÖFB Cup for Austrian public broadcaster ORF.

In 2021 Mediahaus produced live streaming for the Next Generation Trophy 2021, hosted by the Red Bull Football Academy and featuring the Under 16 teams from major clubs around Europe. The company also covered the European Health Forum in Gastein, known as ‘Davos for Public Health’, the leading health policy conference in Europe.

This year OB-Van 2 was put to work during the Mountain Attack ski mountaineering competition at Saalback-Hinterglemm in the Salzburg region. In addition to the three main competitions – Marathon, Tour and the Schattberg Race – a special event was included for the first time this year with the Junior Sprint competition.

With the EVS system, Mediahaus can now compete at the broadcast level more confidently, winning jobs even over competitors from neighbouring countries like Slovenia and Romania with lower labour costs. It is also easier than in the past for the company to hire operators, as they are generally more familiar and comfortable with the EVS systems. “We know all the EVS operators in Austria now,” Wolfgang said. “If you need an operator, you can simply call them. They already know the system and how it works. If you have another slow-motion system, it is not so easy to find an operator.” www.evs.com