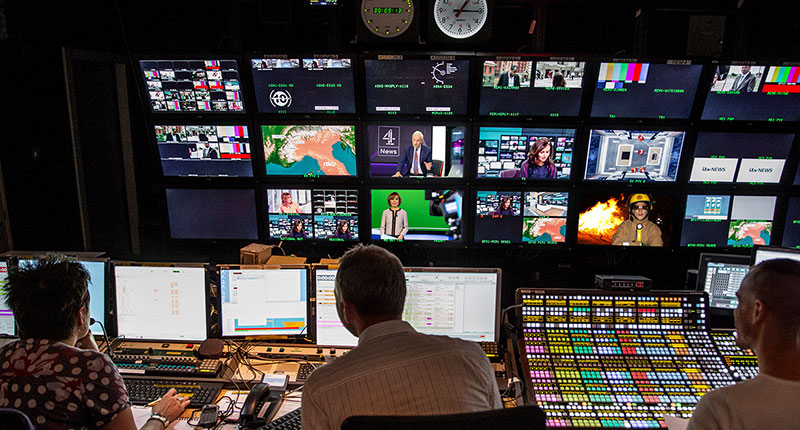 Since 1955 Independent Television News (ITN) has produced the news programmes for ITV, Channel 4 and Channel 5, reaching around 10 million people every day and delivering comprehensive news coverage to the UK public. ITN is based in London, with bureaux and offices in Beijing, Brussels, Jerusalem, Johannesburg, New York, Paris, Sydney and Washington, DC.

In mid-2020, ITN approached several systems integrators, looking for a technology partner to help the organisation through a transition to IP. They had already done a certain amount of preparatory work in-house, examining the requirements and expectations of the overall system in terms of integration with other facilities at ITN headquarters in Gray’s Inn Road in London and elsewhere.

ITN’s legacy infrastructure was HD-SDI, with multiple routers serving different functions across studios, lines and ingest. Some of those routers were end-of-life, having been in operation for almost 20 years, and a legacy end-of-life routing control system, no longer supported as a product, was also in use. They decided to replace this equipment with a system that would meet their current demands and also address future needs, without disrupting day-to-day operations.

dB Broadcast, one of the UK’s largest independent integrators, was selected as systems integrator. It operates comprehensive testing facilities, including hosting of PoC systems, at its headquarters in Cambridgeshire.

dB Broadcast began by analysing requirements and the earlier research undertaken by ITN’s in-house team. From there, dB Broadcast was in a position to make the final selection of vendors for the SMPTE ST 2110 IP-based project, using NMOS network protocols.

To oversee broadcast control and monitoring, dB Broadcast proposed an EVS Cerebrum system to ITN. Cerebrum is a part of EVS's Media Infrastructure portfolio, built with customisable interfaces allowing the user to control, configure and monitor varied broadcast environments. At ITN, it looks after router control and system alarming and monitoring, plus more advanced control features such as automated routing of talkback to remote sites.

EVS Cerebrum combines IP orchestration with the normal functions expected of a control system including support for the client’s existing devices. It also covers tally management, required because some galleries and studio spaces at ITN are shared. Having all those features available as underlying core modules, as part of the package, played a key role in enabling dB Broadcast to deliver a single system. Cerebrum’s visual control also brought certain operational advantages, since it interfaces with all of ITN’s infrastructure and then adds advanced control and logical functions to improve workflows.

Making sure that ITN would be able to operate the system itself long term, without being tied to dB Broadcast, has been an essential factor in this system design. The dB Broadcast team itself undertook the relevant panel design and built a system that not only matched ITN’s desired workflows but also allows them to operate it independently.

The ITN router replacement project got underway in late 2020. dB Broadcast then built the system at its own premises including staging the entire gallery, partly because of COVID-19 restrictions in place at the time. The system was finally moved from dB Broadcast and installed at Gray’s Inn Road in early 2022.

The IP environment at ITN is anchored by an Arista media network infrastructure. Three EVS Cerebrum servers are located in the central apparatus area for control of the Arista network – primary, secondary and a witness to manage failover. Cerebrum hosts the NMOS registry for device discovery. The Cerebrum Designer was used to design and create bespoke GUIs for each desk, and each user has a unique login, so they can log in at any position and retrieve their own specific GUI for resilience.

ITN’s core news operations – ITV, Channel 4 and Channel 5 – are all HD-based. Although it also services ITN Productions, which covers sports and other types of commercial production, the focus is not currently on transitioning to UHD. However, the new gear is capable of operating in UHD, should ITN choose to upgrade later on.

Cerebrum has given dB Broadcast the opportunity to standardise on open NMOS control at ITN, with some testing and validation required along the way to ensure that all vendor product end points demonstrate 100% compliance. With EVS the team has created what is called the IP end point monitor, a background function of Cerebrum that allows engineers to understand the current status of endpoints – workstations, laptops and other devices that communicate back and forth with the network – to inform on-air decisions . 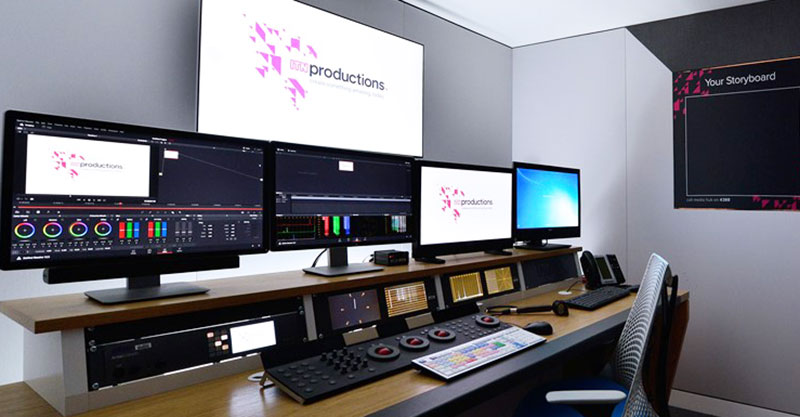 When an engineer seeks to establish a route between a source and a destination, the system is able to distinguish the health of the end point at a high level. This ability to determine the current status of an end device and thus make an informed decision immediately is essential for a news-based operation.

The project team has been able to devise some useful workflow enhancements for operators. For example, when they route an OS (operating system) to an input on a Calrec Artemis audio mixing desk, based on that selection, Cerebrum knows it needs to route the IFB associated with that input on the desk so that it is effectively presented back to the OS with the correct return mix-minus feed. Thus, the presenter hears the studio, not themselves. This process is handled completely within Cerebrum – the sound operators don’t need to know how it happens.

“It is really important that Cerebrum remains agnostic. Its ability to control products from any manufacturer is extremely useful and, in my view, is why Cerebrum as a control system is so good,” said dB Broadcast Technology Director Mike Bryan. “The desire of the operational and technical teams to use equipment with which they are familiar and comfortable has not been a constraining factor here. The they have been able to pick products that work very well and fit operational requirements, with the Cerebrum sitting comfortably over the top controlling everything.”

A straightforward but much appreciated workflow improvement at ITN involves live talking-to-camera presenter pieces, with the distinctive broadcast monitor stack inside the production control room visible in the background. Historically, due to the way the monitor stack was previously arranged, it would take considerable time and effort to configure the monitors with pictures relevant to the presenter’s story line.

Now, due to the design of a Cerebrum panel, operators can recall monitor stack layouts and route images as they desire, enabling the production team to set up complex presenter shots quickly. Under the previous infrastructure and control system, this kind of flexibility was not possible. 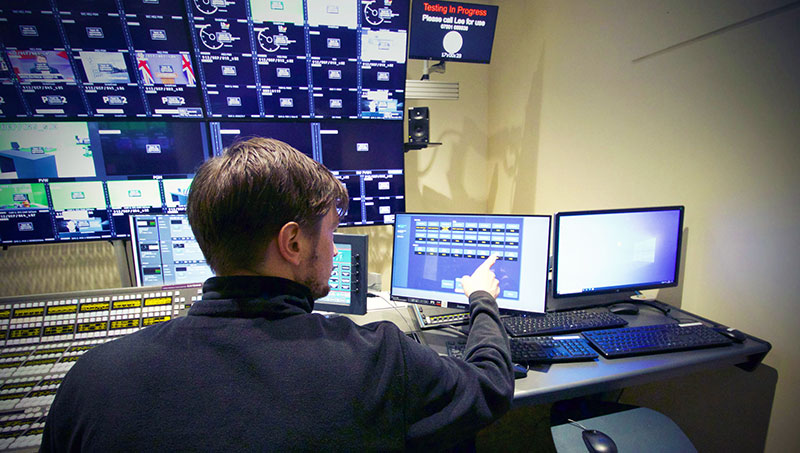 “The support we get with the EVS team is excellent. If we have queries we get instant feedback. We have asked for lots of features to be added during the progress of the project and these quickly become part of a development cycle for inclusion in the next version of Cerebrum software. Cerebrum is continually evolving, but evolving in what feels like a very sensible, managed way,” said Mike.

“The biggest benefit ITN sees out of all of this is the control system,” remarked Jon Roberts, Director of Technology, Production and Innovation, ITN. “In many ways, the biggest change for us long term is Cerebrum. The flexibility and functionality it brings us, right at the foundation of our media infrastructure, is increasingly exciting.

“Having the ability and support to continually develop our workflows and end-user tools is critical to our evolving business, and we are looking forward to exploring the wider scope that this gives us going forward.”   evs.com