Aware that, under a traditional workflow, an outside broadcast truck and nearly the entire Quality production crew would need to physically tour stadiums across El Salvador for ten months of the year to cover the matches, the company took a different approach.

“By using Dejero hardware at all the soccer stadiums across El Salvador as well as our Buenos Aires hub, we have set up a remote production workflow that saves significant time, resources and money,” said Pablo Reyes, chief production officer and partner at Quality. “All of the production facilities and resources remain in Quality’s Buenos Aires hub. We have been saving 65% to 70% on setup time and costs, including cable installation, production crew time, travel and other expenses, as well as overall logistics.” 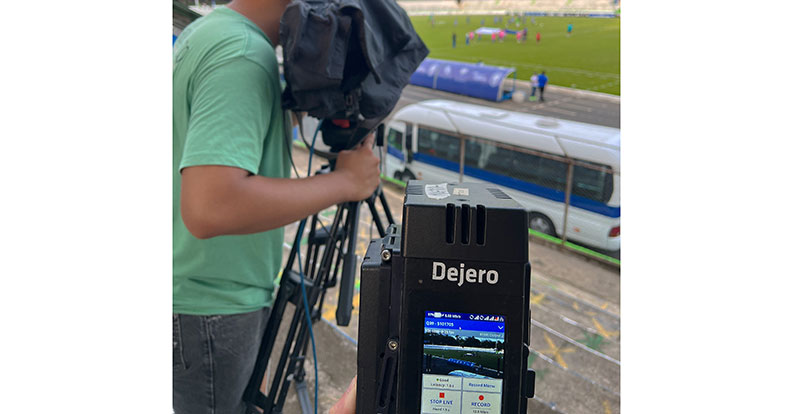 Ten EnGo mobile transmitters, which operate at sub-second glass-to-glass latency, are in use. Seven of them are transporting primary and secondary feeds from seven cameras covering the match action. Two more transmitters are used for dedicated cameras recording pre- and post- match interviews, plus another for a camera feed from a drone for aerial shots in any given stadium.

Using this new remote production model, Quality only sends the camera operators and talent with the EnGo transmitters to the stadiums. Because the devices are easy to operate and don’t require a complex setup, the crew and cameras are ready to go live within a few minutes. Due to the reliability of their connectivity from varied locations, the producers, directors, graphics operators and technicians can remain in Buenos Aires, where they package content for distribution from the hub. 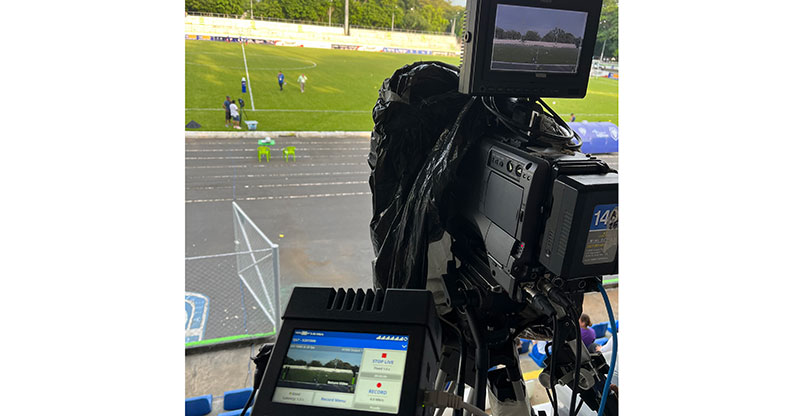 Six Waypoint receivers, located at the Buenos Aires hub, reconstruct and decode the video feeds from Dejero transmitters. The decoded video enters a matrix to be shared with the switcher and replay systems. The packaged content is then uplinked via satellite for distribution across the Tigo Sports network.

A microphone at the hub is also connected by an XLR audio cable to a WayPoint receiver, so the director can communicate with camera operators using the EnGo IFB voice communication feature. A CuePoint return video server sends back low-latency, live program video to camera operators at the stadium to help keep them synchronized with central production during the live broadcasts.

As well as Tigo Sports and the Salvadorean soccer league, Quality uses Dejero connectivity devices to support remote productions for over 50 broadcasters and sports federation customers worldwide, which includes International Federations such as FIFA, FIBA, FINA, IWF, Rugby Europe and various world sports committees, plus many private sports promoters such as Grises Humacao and Peter Auto, on top of 35 Spanish Federations.   www.dejero.com