After completing an impressive broadcast rights deal, commercial broadcaster TV 2 Norway will take over Eliteserien, Norway’s top football league, and other major Norwegian sports rights from March 2023. To meet these demands, TV 2 has signed multiple-year deals with NEP Norway and DMC Production in Sweden to produce events programming for a range of domestic sports, and handle the VAR (video assistant referee) operations for Eliteserien.

TV 2 has contracted NEP to produce all matches of Eliteserien, the top matches of the men’s first division Obos-ligaen and the main matches of Toppserien, the highest level of women’s association football. DMC has been designated to deliver centralised VAR capabilities for all Eliteserien matches, and to produce more than 600 events per year, including all remaining matches of Obos-ligaen and Toppserien as well as handball, ice hockey, basketball, volleyball and floorball competitions.

Jens Cornelius Knudsen, TV 2’s Head of Productions models and Partnerships, Production said, “The main goal is to centralise operations for 1,050 productions over time. Traditional setups at venues are no longer a long-term, sustainable approach, and together with NEP and DMC we are launching the use of smaller trucks onsite and centralising the production galleries in Oslo.

“All stadiums are connected through a multicast contribution system allowing NEP, DMC and TV 2 to access all signals from all venues. Production cost is also an important issue when operating in a country with 5.5 million people and when aiming to produce 1,050 multi-camera events. We plan to show 7,000 AI produced games.” 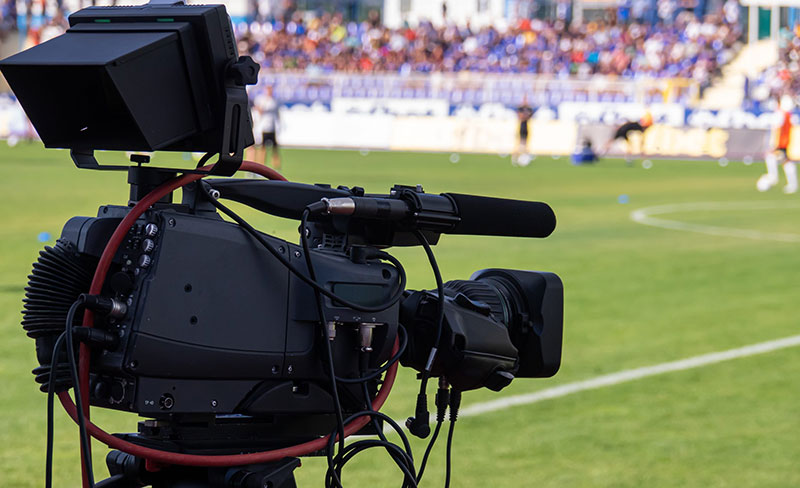 For the production of the Eliteserien and other top-tier matches, NEP will deploy EVS’ LiveCeption Signature system from a centralised IP production platform in their Oslo HUB, enabling crews to perform productions efficiently and preserve the video quality. That set-up reflects NEP’s strategy to expand centralised production in the Nordics and worldwide based on a hub-and-spoke design, or star topology. A few processing regions are connected via a high-capacity network, in which production control rooms and field acquisition units, serving as ‘spokes’, connect to processing HUBs in the respective regions.

At the centre of the system is the LSM-VIA IP replay and highlights system, connected to XT-VIA production servers that make content directly available to operators. Users can access multi-angle content immediately from any server located anywhere on the network. The system is scalable and able to support newer model cameras, new industry formats including HDR, FHD, UHD and Supermotion, and flexible configurations for competitions and events as they change.

EVS’ servers will be deployed in a centralised cluster within the NEP Oslo HUB, where I/O resources can be shared and allocated to meet the different production requirements. Content from all cameras from the different venues, including Super Motion cameras ranging from from 2x to over 8x speed, will be contributed via high quality, low latency feeds to the NEP Oslo HUB and recorded on the XT-VIA cluster.

To make sure the various editorial teams have instant access to content, the servers will interconnect on EVS’ XNet-VIA high-performance IP network, which supports continuous streams at high enough bandwidths for collaboration and content sharing, including higher resolution 1080p HDR and UHD-4K networking. As XT/XS-VIA servers are added, they are automatically discovered without complex configuration.

In particular, these feeds will be serving the various EVS LSM-VIA operator positions in the production control rooms (PCR) for replays and highlights creation. The LSM-VIA replay system has a dedicated, customisable set of features for this work, as well as IP connectivity, lending the operators speed, flexibility and collaborative options.

Eirik Nakken, Director Technology NEP Norway said, “After TV 2 acquired their new sports rights, NEP were challenged to establish an efficient method that is also scalable and agile to produce top tier Norwegian sports events. Because TV 2 especially wanted to achieve this in a more environmentally sustainable way, we proposed a system based on our centralised production platform to reduce the need for crews to travel with their equipment to remote arenas across Norway, and also centralised the content processing by using the XT-VIA platform by EVS.”

DMC will build a new broadcast centre in Oslo featuring a centralised VAR setup consisting of one large Video Operating Room with eight VAR desks and a supervisor position, as well as several PCRs of different sizes to suit different tasks. All cameras from the Eliteserien and other sports venues will be connected to this new production centre where live feeds will be recorded on a software-defined EVS server in the backend.

On this server, DMC will run two distinct applications layers – EVS’ Xeebra for the VAR operations and X-One, its unified live production system. From Xeebra’s interface, the team of operators will be able to review and select the most relevant camera angles, including Super Motion cameras in their native speed, with touch-and-pinch gestures for zooming in and analysing every recorded angle in detail. They will then send the relevant feeds back to the on-field official for final review. 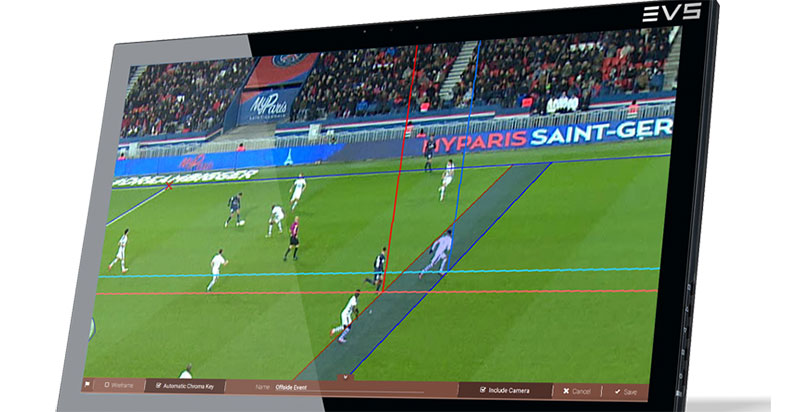 The X-One systems deployed in various PCRs in DMC’s at the new facility will support coverage of more sports while lowering overall production costs. This is due to the X-One interface, designed specifically for speed by allowing a single person to perform all tasks needed for a production from live switching, instant replays and highlights creation, to graphics through an NDI layer and audio mixing.

An integration with Singular.live’s cloud-based overlay platform also gives users further options for adding broadcast graphics into a live program very quickly. By bringing everything together in a single system and UI, it’s expected that X-One will be instrumental in helping DMC deliver the large number of productions as broadcast quality output. www.evs.com