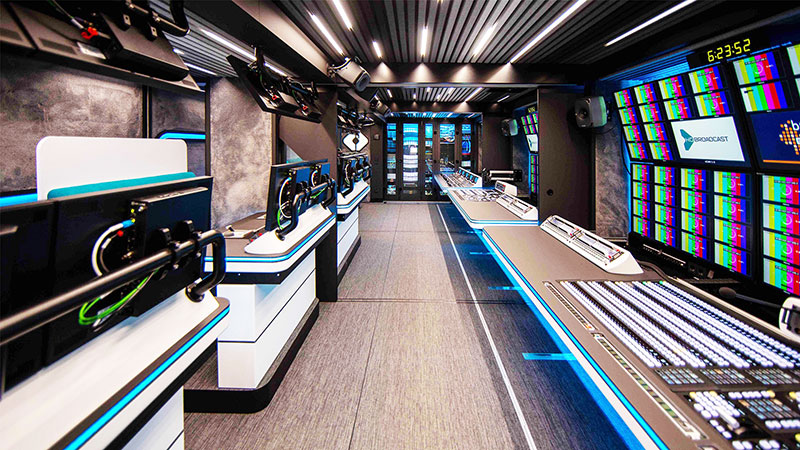 HD BROADCAST is a mid-sized outside broadcast services provider in Germany. Its outside broadcast vehicle, named UHD 2, can accommodate 30 cameras and, with an interior space of 60 m2, has a working environment large enough for up to 28 active crew.

The primary production commitments at HD BROADCAST are Bundesliga matches for DAZN sports OTT service and Sky Sport Germany, as well as UEFA Champions League games for Amazon Prime. UHD 2 covers one UHD-produced game for each day – Friday, Saturday and Sunday – on a typical Bundesliga match weekend. The OB truck also handles home games in Germany for Champions League, producing both a host, or world, feed for UEFA and a unilateral (exclusive use) match feed for Amazon Prime.

The productions for Bundesliga and Champions League require multiple input channels and high-quality video standards such as 1080p, UHD and HDR. These requirements place high bandwidth demands on each server, as well as through the server network.

The specification for Champions League coverage may also vary from match to match, with different configurations across camera systems, camera angles and slow motion set-ups. Flexibility and bandwidth headroom are the responsibility of the OB provider, who must quickly prepare for matches without incurring risk from unforeseen difficulties on-site.

When UHD 2 covered its first event in 2020, the crew was using the legacy EVS XT4K servers previously deployed on the company’s HD 1 truck. Over time, HD BROADCAST CEO and CTO Constantin Novotny and his team realised that they were encountering bandwidth bottlenecks in the servers and on their network. 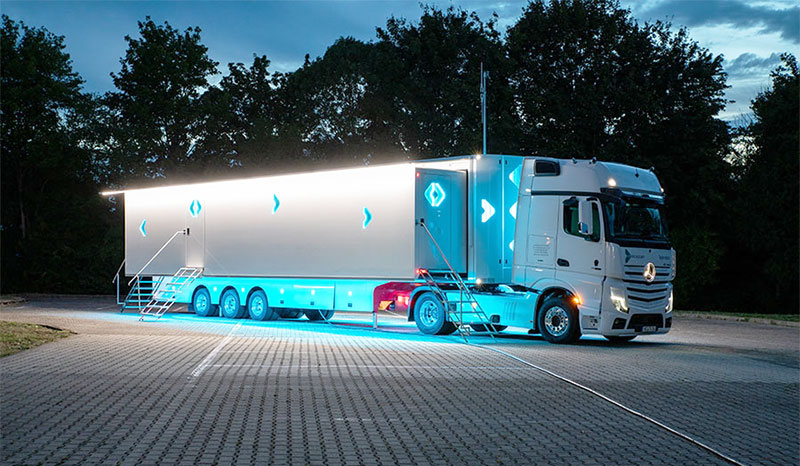 “With Champions League games, we saw that the operators were under pressure to use a large number of feeds on the network, because on one side we have to produce the host signal for UEFA, and on the other we have Amazon Prime,” Constantin said. “Operators also want to share feeds. We could see that a bottleneck had developed in the network and we needed to change.”

From this situation, the team identified a series of objectives to help them meet current and future demands. One of these was to achieve configuration flexibility across Bundesliga and Champions League coverage, with sufficient headroom for high server bandwidth demand across all productions. This would, in turn, help them avoid running into difficulties when preparing for high profile match coverage, and mean that operators would also have the flexibility to share feeds across the network. By operating as a platform, HD BROADCAST would be in a position to fulfil virtually all technical and quality requirements for customers into the future.

With the main objective of increasing capacity and flexibility, the HD BROADCAST team adopted the EVS LiveCeption Signature live production and replay system, based on the LSM-VIA IP replay and highlights system. Its core component is the XT-VIA live production server, which increased the team’s capacity to six channels of UHD and 16 channels of HD video. The server also supports multiple video formats including UHD-4K and 1080p, and performs 1080p-to-UHD/4K upscaling.

It includes over 370 validated I/O configurations to accommodate workflows tailored to the user’s specific needs, from the same server. Due to their software-defined operation, the servers can be integrated with many different cameras, telestration systems and switchers available on the market. 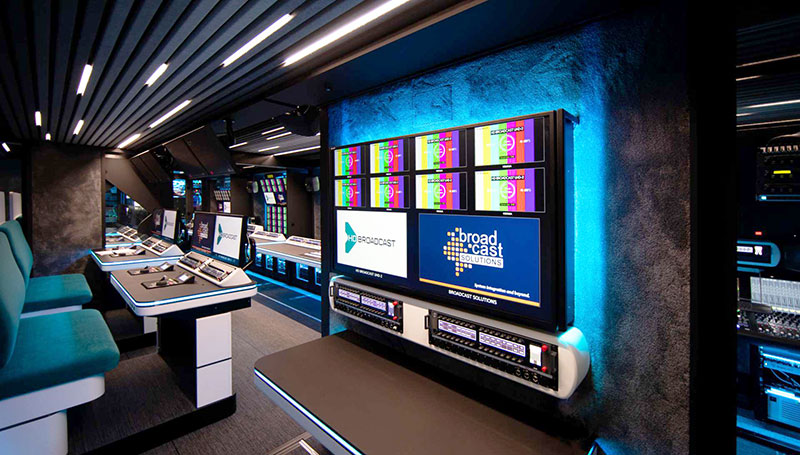 XT-VIA is already built out for HDR broadcasting, supporting HDR in all resolutions and allowing HDR-SDR conversions from its embedded multiviewer, so that any other monitoring investment is unnecessary. The server establishes hybrid SDI/IP connectivity and assures IP interoperability with other systems as well, due to approved SMPTE 2110, PTP and NMOS standards.

XT-VIA operates on the XNet-VIA network, supplying the critical bandwidth and speed for sharing high-resolution formats and super-slow-motion content, giving operators faster access to more content. To make it simpler to deploy and reduce the complexity associated with IP, the XNet-VIA network handles discovery and IP address assignments automatically.

“We have changed six of our machines now and have much more flexibility to handle customer requests on-site. We built an upgrade package as well, which is not only for now but for the years ahead,” Constantin said. The combined competitive advantage of the XT-VIA’s UHD, HDR and networking capabilities is expected to continue to help HD BROADCAST to meet evolving production requirements for high-profile, large-scale events. evs.com