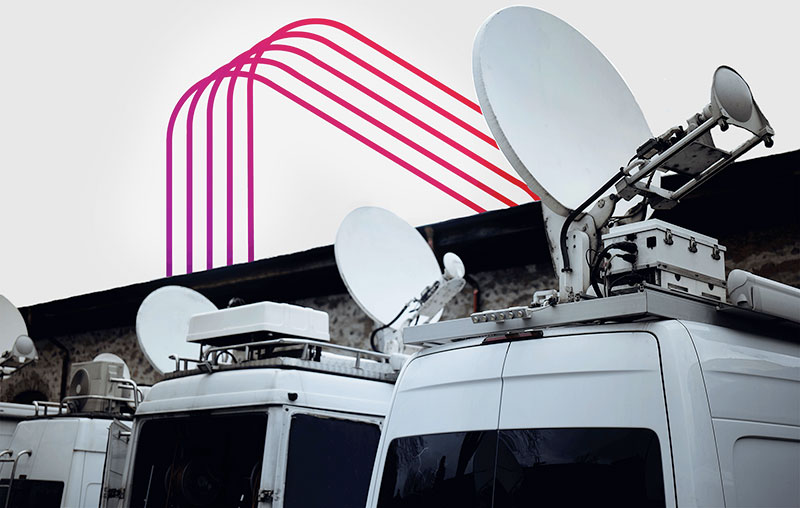 Appear has now launched its X10 DSNG system in Australia and New Zealand to support Digital Satellite News Gathering (DSNG) in the region.

Originally launched in Europe one year ago in late 2021, the X10 DSNG includes a switch module with built-in satellite reception and ASI IO ports that supports encoding and satellite uplink in a single, 1RU chassis. Appear is based in Norway and represented in Australia and New Zealand by Magna Systems and Engineering.

Serving the growing demand for live event coverage, the X10 DSNG is a compact system that meets the specific challenges of DSNG and mobile production. DSNG vans are often needed in conjunction with outside broadcast vans to support live production for large events. While fibre connectivity has become more widespread and associated with live event broadcast, many venues are still without high-capacity fibre connectivity or may require satellite transmission as a backup for fibre - which means DSNG vans are still playing an important role in contribution.

For DSNG vans, carrying equipment that can deliver content via either satellite or IP ports is vital to support the use of satellite and fibre delivery simultaneously. Moreover, DSNG vans are generally small with very limited space. Equipment size and power consumption are important factors when selecting equipment for DSNG operators. Compact systems that perform as much functionality as possible is a necessity.

Supporting both fibre and satellite delivery, Appear’s X10 DSNG handles all functions that DSNG operators need for contribution, including encoding/decoding and satellite uplink/downlink, as well as integrated reception and monitoring of uplinked signals.

In a small form factor, X10 DSNG can support up to 250 streams and multiple channels – operators define the number of channels to be encoded and decoded, plus the number of satellite modulated outputs needed. It can support encoding of 32 HD or 8 UHD channels with 4 HD or 2 UHD channels of decoding (for monitoring), while uplinking to one or two satellite transponders.

Common compression formats and video protocols are supported, which makes the X10 DSNG adaptable to varied operational requirements within contribution, remote production, video networking and distribution. The modular nature of the X10 DSNG allows further compression standards to be supported by adding JPEG XS and JPEG2000 features. Into the future, the programmable hardware also means that it can support new standards as and when they are defined.

Designed for high reliability, even when used standalone, its integrated modulator redundancy switch means a range of redundancy options can take effect to keep the chassis fully operational should an internal failure take place. The X10 DSNG has a high-capacity firewall feature that can monitor and regenerate IP network traffic as required. www.magnasys.tv